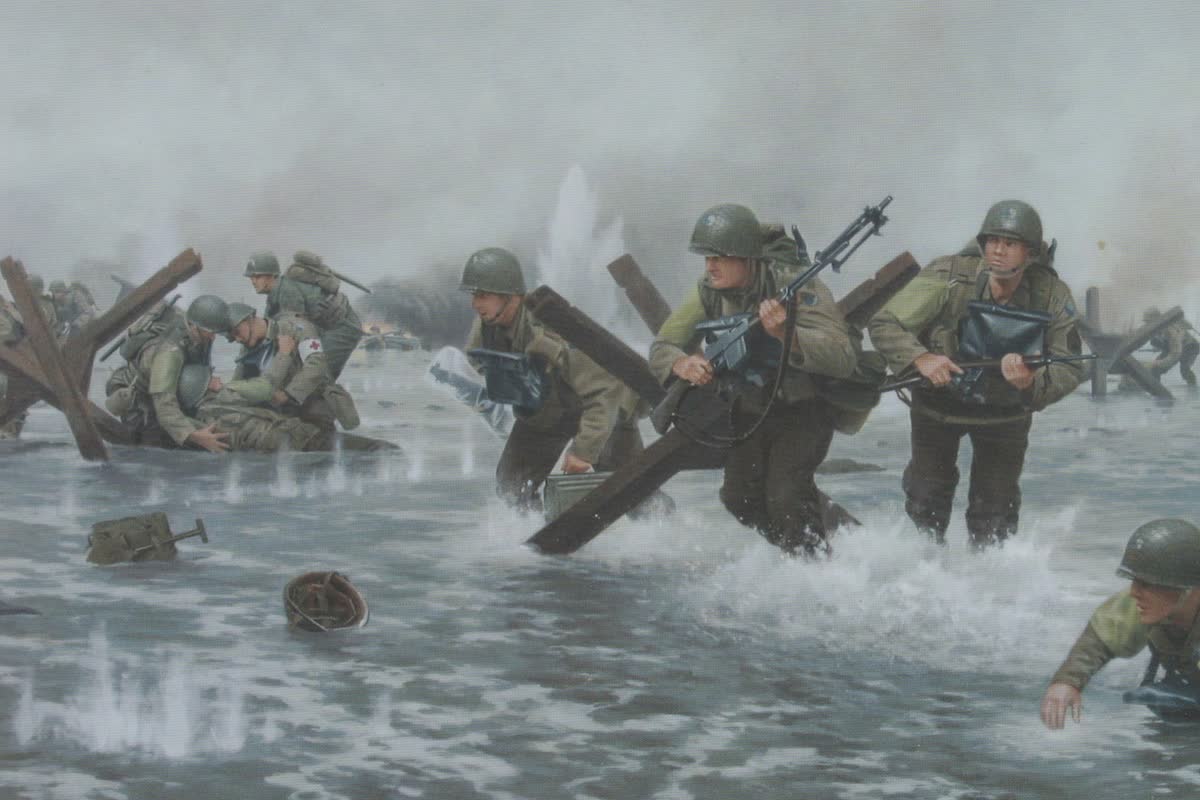 World War II (often abbreviated as WWII or WW2), also known as the Second World War, was a global war that lasted from 1939 to 1945. The vast majority of the world's countries—including all the great powers—eventually formed two opposing military alliances: the Allies and the Axis. A state of total war emerged, directly involving more than 100 million people from more than 30 countries.

The major participants threw their entire economic, industrial, and scientific capabilities behind the war effort, blurring the distinction between civilian and military resources. World War II was the deadliest conflict in human history, marked by 70 to 85 million fatalities. Tens of millions of people died during the conflict due to genocides (including the Holocaust), premeditated death from starvation, massacres, and disease. Aircraft played a major role in the conflict which included the use of terror bombing, strategic bombing and the only use of nuclear weapons in war.

World War II is generally said to have begun on 1 September 1939, with the invasion of Poland by Germany and subsequent declarations of war on Germany by France and the United Kingdom. From late 1939 to early 1941, in a series of campaigns and treaties, Germany conquered or controlled much of continental Europe, and formed the Axis alliance with Italy and Japan.

Under the Molotov–Ribbentrop Pact of August 1939, Germany and the Soviet Union partitioned and annexed territories of their European neighbours, Poland, Finland, Romania and the Baltic states. Following the onset of campaigns in North Africa and East Africa, and the Fall of France in mid-1940, the war continued primarily between the European Axis powers and the British Empire. War in the Balkans, the aerial Battle of Britain, the Blitz, and the long Battle of the Atlantic followed. On 22 June 1941, the European Axis powers launched an invasion of the Soviet Union, opening the largest land theatre of war in history. This Eastern Front trapped the Axis, most crucially the German Wehrmacht, in a war of attrition.

In December 1941 Japan launched a surprise attack on the United States as well as European colonies in East Asia and the Pacific. Following an immediate US declaration of war against Japan, supported by one from Great Britain, the European Axis powers quickly declared war on the United States in solidarity with their Japanese ally. Japan soon captured much of the Western Pacific. Some in the region initially welcomed the Japanese as liberators from Western imperialism. Subsequent Japanese war crimes frequently turned local public opinion against the Japanese.

Japan's advances in the Pacific were halted in 1942 after defeats at the Battle of Midway, Battle of the Coral Sea and Battle of Guadalcanal; later, Germany and Italy were defeated in North Africa and then, decisively, at Stalingrad in the Soviet Union. Key setbacks in 1943—which included a series of German defeats on the Eastern Front, the Allied invasions of Sicily and Italy, and Allied offensives in the Pacific—cost the Axis its initiative and forced it into strategic retreat on all fronts. In 1944 the Western Allies invaded German-occupied France, while the Soviet Union regained its territorial losses and turned toward Germany and its allies. During 1944 and 1945 the Japanese suffered major reversals in mainland Asia, in Central China, South China and Burma, while the Allies crippled the Japanese Navy and captured key Western Pacific islands.

The war in Europe concluded with an invasion of Germany by the Western Allies and the Soviet Union, culminating in the capture of Berlin by Soviet troops, the suicide of Adolf Hitler and the German unconditional surrender on 8 May 1945. Following the Potsdam Declaration by the Allies on 26 July 1945 and the refusal of Japan to surrender under its terms, the United States dropped atomic bombs on the Japanese cities of Hiroshima and Nagasaki on 6 and 9 August, respectively. With an invasion of the Japanese archipelago imminent, the possibility of additional atomic bombings, the Soviet entry into the war against Japan and its invasion of Manchuria, Japan announced its intention to surrender on 15 August 1945, cementing total victory in Asia for the Allies. Tribunals were set up by the Allies, and war crimes trials were conducted in the wake of the war both against the Germans and against the Japanese.

World War II changed the political alignment and social structure of the globe. The United Nations (UN) was established to foster international co-operation and prevent future conflicts; the victorious great powers—China, France, the Soviet Union, the United Kingdom, and the United States—became the permanent members of its Security Council. The Soviet Union and the United States emerged as rival superpowers, setting the stage for the nearly half-century-long Cold War. In the wake of European devastation, the influence of its great powers waned, triggering the decolonisation of Africa and Asia. Most countries whose industries had been damaged moved towards economic recovery and expansion. Political integration, especially in Europe, began as an effort to forestall future hostilities, end pre-war enmities and forge a sense of common identity.

There are no works available for the World War II collection.