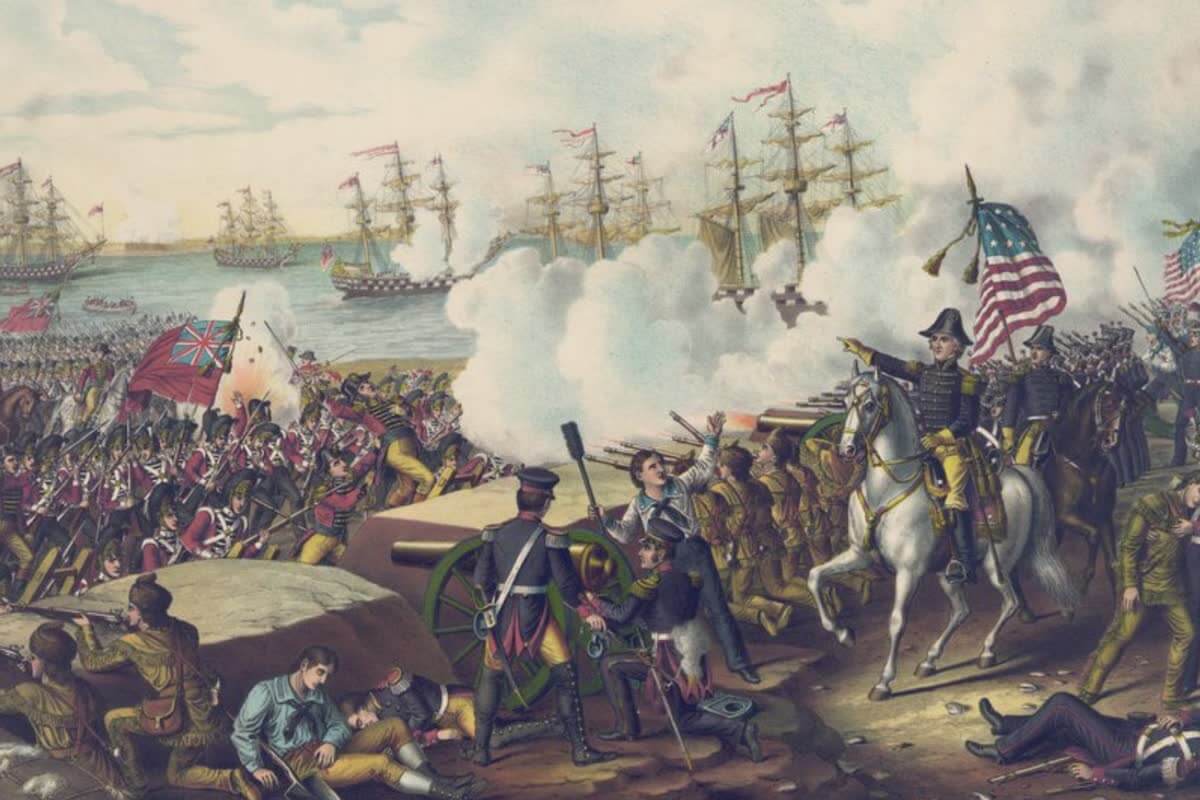 The War of 1812 was a conflict fought between the United States and its allies on the one hand and the United Kingdom of Great Britain and Ireland and its own allies in the other. It began when the US declared war in June 1812, and ended when a peace treaty agreed earlier was ratified by the US in February 1815.

From the outbreak of war with Napoleonic France in 1803, Britain had enforced a naval blockade to choke off neutral trade to France, which the US contested as illegal under international law. To man the blockade, Britain pressed merchant sailors into the Royal Navy, including Americans. American sentiment grew increasingly hostile toward Britain due to incidents such as the Chesapeake–Leopard affair, five years before the war.

The British were outraged by the Little Belt affair in 1811, in which 11 British sailors died. Britain supplied arms to Native Americans who raided European-American settlers on the American frontier, hindering the expansion of the United States and provoking resentment. On June 18, 1812, President James Madison signed into law the US declaration of war, after heavy pressure from the War Hawks in the US Congress.

With most of its army in Europe fighting Napoleon, Britain adopted a defensive strategy, with offensive operations initially limited to the border and the western frontier along with help from its Native American allies. Opposition to the War of 1812 in the United States affected its prosecution, especially in New England, where it was referred to as "Mr. Madison's War".

US defeats at the Siege of Detroit and the Battle of Queenston Heights thwarted attempts to seize Upper Canada, improving British morale. US attempts to invade Lower Canada and capture Montreal also failed. In 1813, the US won the Battle of Lake Erie, gaining control of the lake, and they defeated Tecumseh's Confederacy at the Battle of the Thames, defeating Britain's largest Native American ally, a primary war goal.

The US made a final attempt to invade Canada but fought to a draw at the Battle of Lundy's Lane during the summer of 1814. At sea, the powerful Royal Navy blockaded American ports, cutting off trade and allowing the British to raid the coast at will. In 1814, the British burned Washington, but the US later repulsed British attempts to invade New York and Maryland, ending invasions from Canada into the northern and mid-Atlantic states.

In early 1815, after a peace treaty had been signed, but before this news had reached the Americas, the US defeated the British Army near New Orleans, Louisiana. Fighting also took place in Spanish Florida; a two-day battle for the city of Pensacola ended in Spanish surrender. In Britain, there was mounting opposition to wartime taxation, and merchants lobbied for the resumption of trade with the US. With the abdication of Napoleon, Britain's war with France ended and Britain stopped impressment generally. This made moot the issue of American sailor impressment, and removed one of the original causes of the war. The British then increased the strength of their blockade of the United States coast. Attempts to smother American maritime trade failed, however, and soon both sides began to desire peace.

Peace negotiations began in August 1814, and the Treaty of Ghent was signed on December 24, 1814. News of the peace finally reached America in February 1815 about the same time as news of the victory at New Orleans. The Americans triumphantly celebrated the restoration of their national honor, leading to the collapse of anti-war sentiment and the beginning of the Era of Good Feelings, a period of national unity. The treaty was unanimously ratified by the US Senate on February 17, 1815, ending the war with no boundary changes.