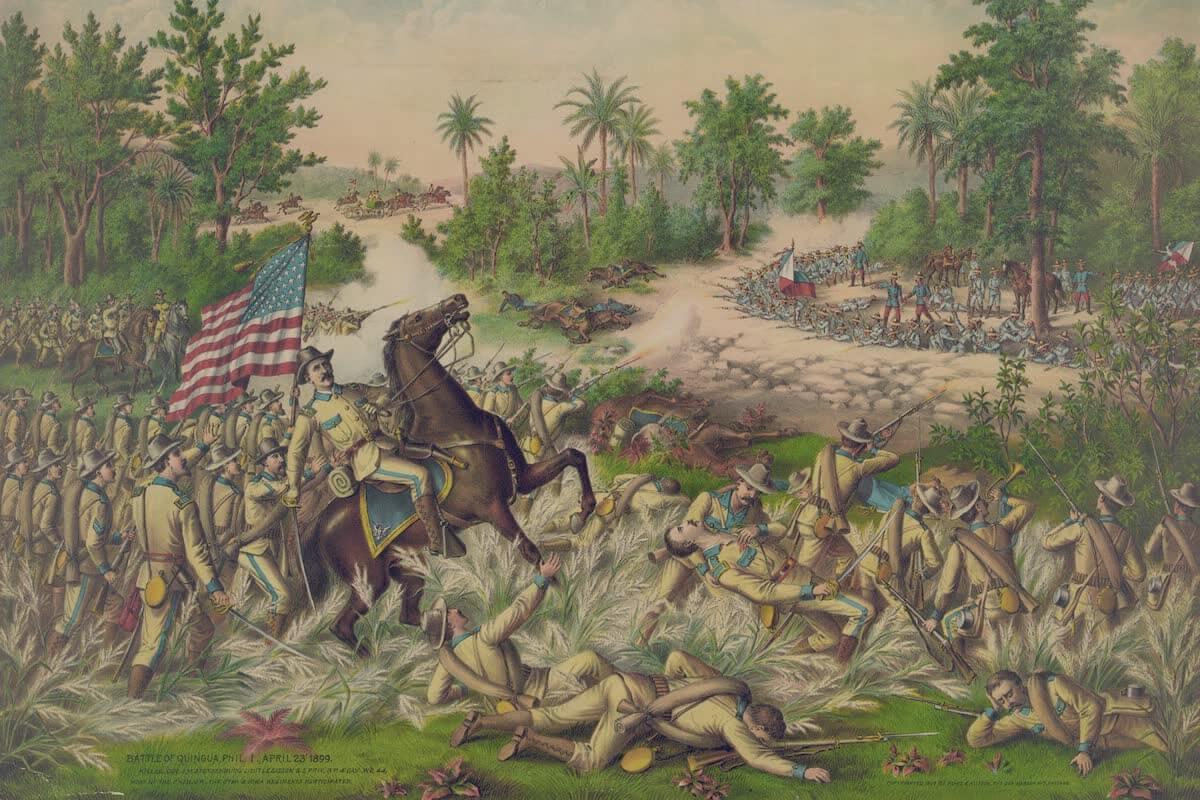 While Filipino nationalists viewed the conflict as a continuation of the struggle for independence that began in 1896 with the Philippine Revolution, the U.S. government regarded it as an insurrection. The conflict arose when the First Philippine Republic objected to the terms of the Treaty of Paris under which the United States took possession of the Philippines from Spain, ending the short Spanish-American War.

However, some Philippine groups led by veterans of the Katipunan, a Philippine revolutionary society, continued to battle the American forces for several more years. Among those leaders was General Macario Sakay, a veteran Katipunan member who assumed the presidency of the proclaimed "Tagalog Republic", formed in 1902 after the capture of President Emilio Aguinaldo. Other groups, including the Moro and Pulahan peoples, continued hostilities in remote areas and islands, until their final defeat at the Battle of Bud Bagsak on June 15, 1913.

The war, and especially the following occupation by the U.S., changed the culture of the islands, leading to the disestablishment of the Catholic Church in the Philippines as a state religion, and the introduction of English to the islands as the primary language of government, education, business, industry, and, in future decades, among upper-class families and educated individuals.

There are no works available for the Philippine-American War collection.