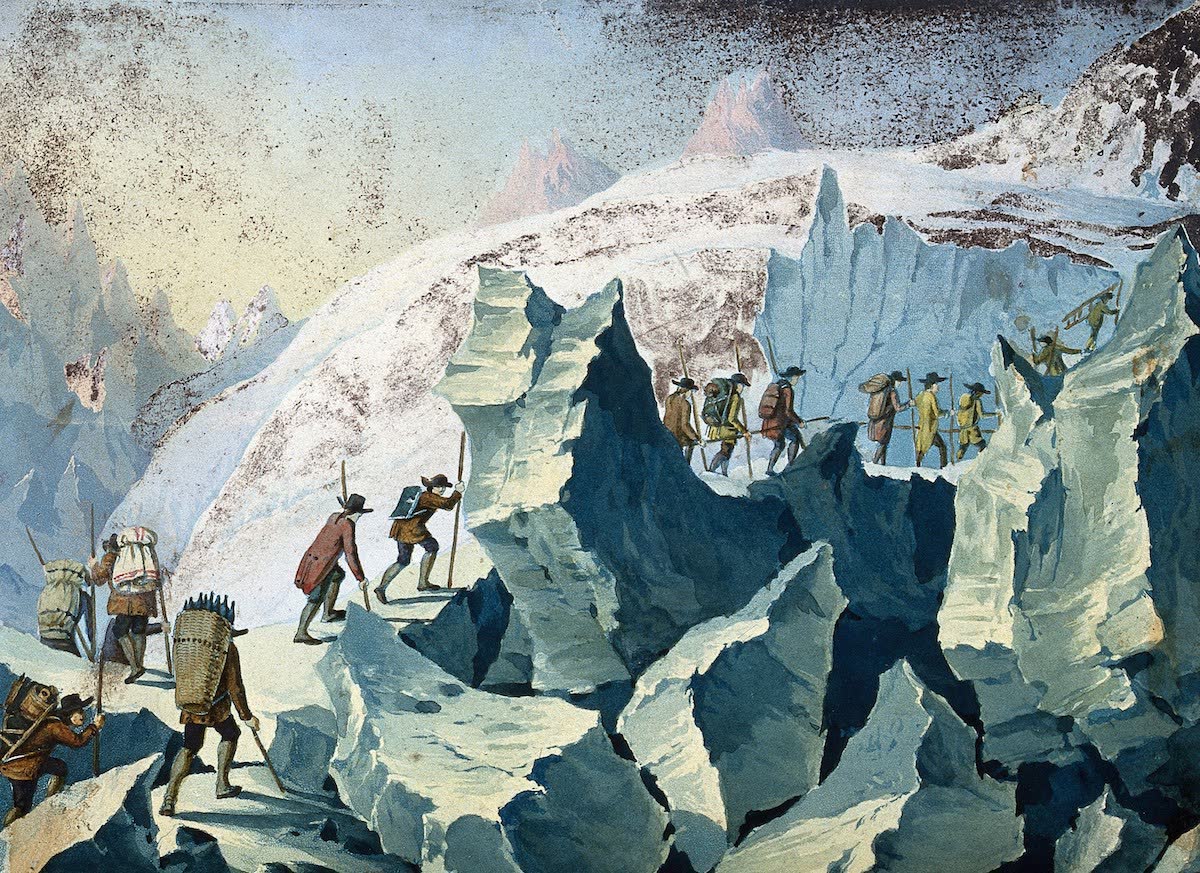 The awakening of man's interest in mountains is chiefly due to Rousseau, though earlier writers, while approaching them as scientists, were also susceptible to their charm. This two-fold interest led Saussure to incite J. Balmat to find a way to the summit of Mont Blanc in 1786 and to accompany him thither in 1787. From that ascent alpinism is generally dated. In London in 1857 was formed the first Alpine Club to foster "the community of feeling amongst those who in the life of the High Alps have shared the same enjoyments, the same labours, and the same dangers." This idea, in a modified form, was taken up throughout Continental Europe and advocated with such enthusiasm that more than 100,000 persons of both sexes are now enrolled in the various alpine societies.

Thus cultivated, Alpine climbing has attained almost to a science. Its principles are set forth in extended manuals, such as Dent's Mountaineering, Badminton Library (London, 1892). It has called into existence the class of professional guides—Swiss, Tyrolese, and Italian—whose skill far exceeds that of the best amateurs. Their aid, always expedient in tours above snow line, is indispensable in attacks upon giant peaks in distant lands, such as have frequently been made within recent times.