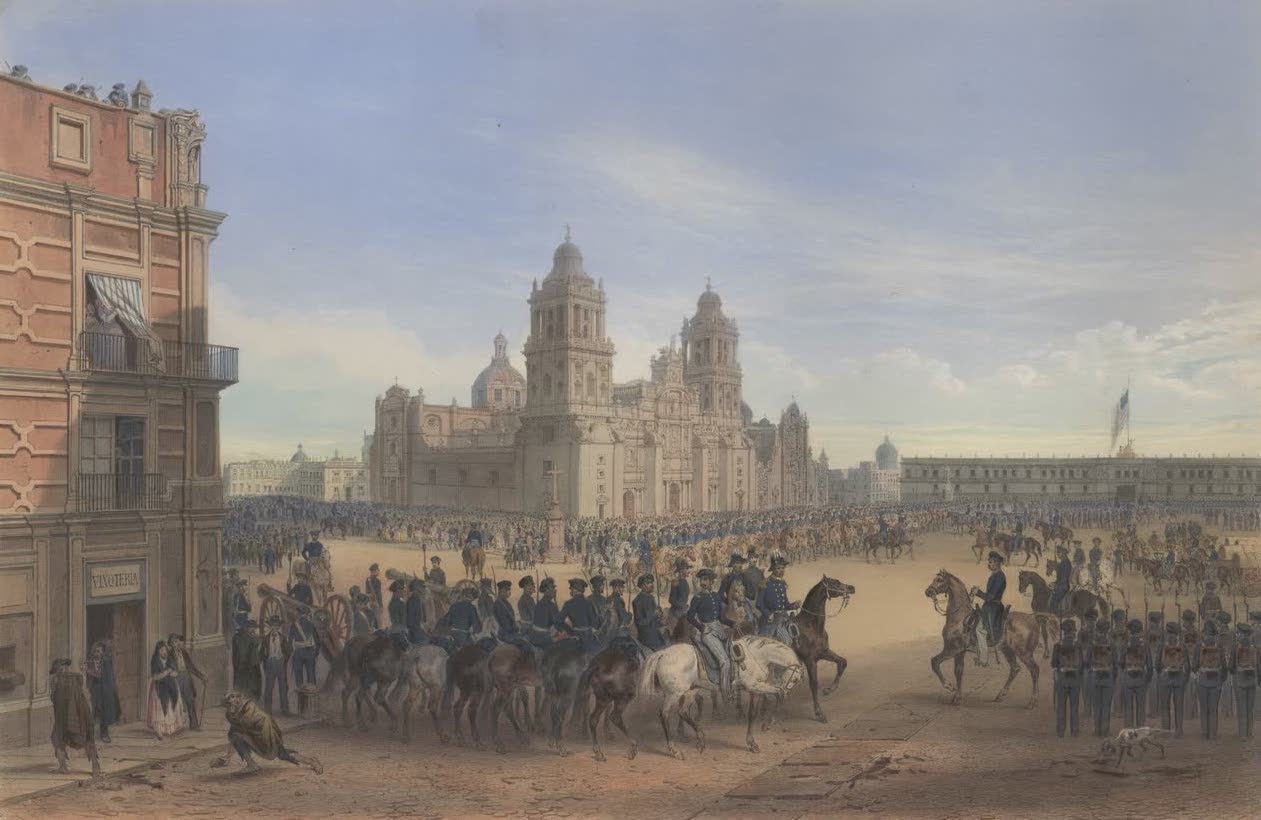 This was not formally recognized by the Mexican government, disputing the Treaties of Velasco signed by Mexican caudillo President/General Antonio Lopez de Santa Anna after the Texas Revolution a decade earlier. In 1845, newly elected U.S. President James K. Polk, who saw the annexation of Texas as the first step towards a further expansion of the United States, sent troops to the disputed area and a diplomatic mission to Mexico. After Mexican forces attacked U.S. forces, Polk cited this in his request that Congress declare war.

U.S. forces quickly occupied the regional capital of Santa Fe de Nuevo Mexico along the upper Rio Grande and the Pacific coast province of Alta California, and then moved south. Meanwhile, the Pacific Squadron of the U.S. Navy blockaded the Pacific coast farther south in lower Baja California Territory. The U.S. Army under Major General Winfield Scott eventually captured Mexico City through stiff resistance, having marched west from the port of Veracruz on the Gulf Coast, where the U.S. staged its first ever major amphibious landing.

The 1848 Treaty of Guadalupe Hidalgo, forced onto the remnant Mexican government, ended the war and enforced the Mexican Cession of the northern territories of Alta California and Santa Fe de Nuevo Mexico to the United States. The U.S. agreed to pay $15 million compensation for the physical damage of the war and assumed $3.25 million of debt already owed earlier by the Mexican government to U.S. citizens. Mexico acknowledged the loss of what became the State of Texas and accepted the Rio Grande as its northern border with the United States.