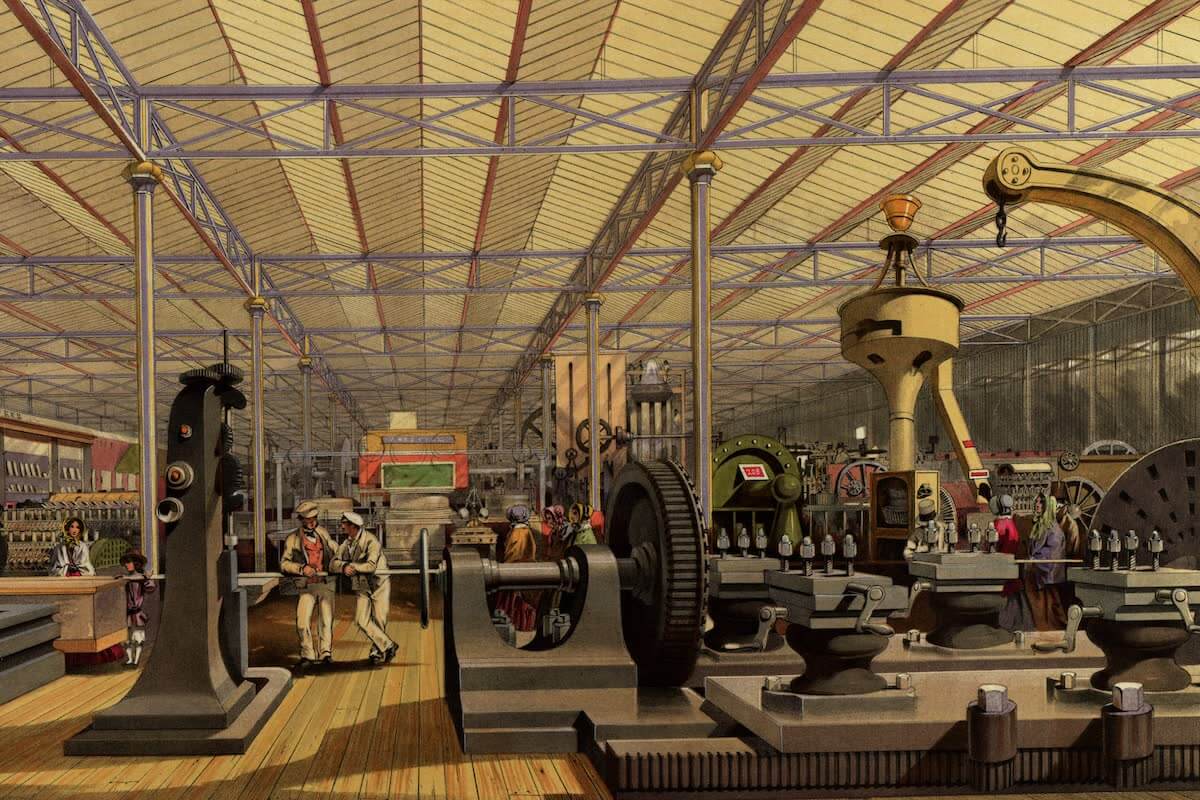 The Industrial Revolution, now also known as the First Industrial Revolution, was the transition to new manufacturing processes in Europe and the United States, in the period from about 1760 to sometime between 1820 and 1840. This transition included going from hand production methods to machines, new chemical manufacturing and iron production processes, the increasing use of steam power and water power, the development of machine tools and the rise of the mechanized factory system. The Industrial Revolution also led to an unprecedented rise in the rate of population growth.

By the mid-18th century Britain was the world's leading commercial nation, controlling a global trading empire with colonies in North America and the Caribbean, and with political influence on the Indian subcontinent, particularly Bengal Subah, through the activities of the East India Company. The development of trade and the rise of business were among the major causes of the Industrial Revolution.

Innovations developed late in the period, such as the increasing adoption of locomotives, steamboats and steamships, hot blast iron smelting and new technologies, such as the electrical telegraph, widely introduced in the 1840s and 1850s, were not powerful enough to drive high rates of growth. Rapid economic growth began to occur after 1870, springing from a new group of innovations in what has been called the Second Industrial Revolution. These new innovations included new steel making processes, mass-production, assembly lines, electrical grid systems, the large-scale manufacture of machine tools and the use of increasingly advanced machinery in steam-powered factories.