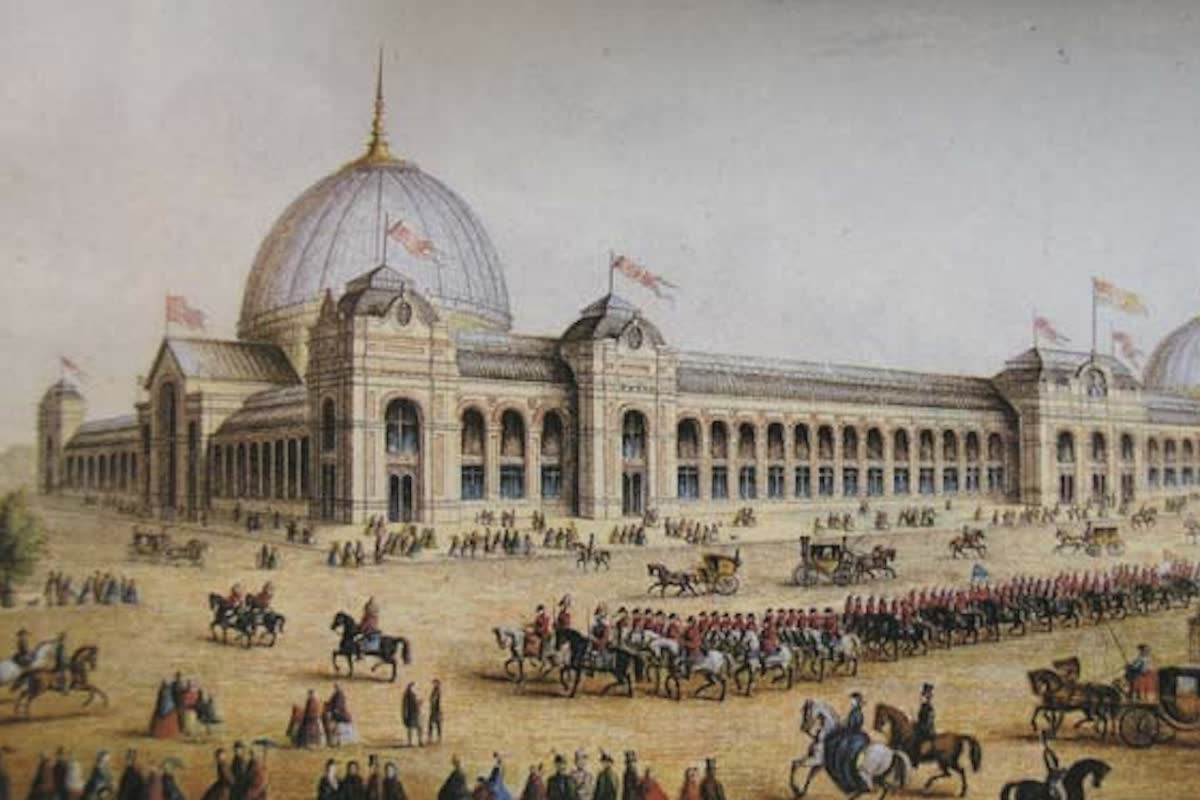 The International Exhibition of 1862, or Great London Exposition, was a world's fair. It was held from 1 May to 1 November 1862, beside the gardens of the Royal Horticultural Society, South Kensington, London, England, on a site that now houses museums including the Natural History Museum and the Science Museum.

The buildings, which occupied 21 acres, were designed by Captain Francis Fowke of the Royal Engineers, and built by Charles and Thomas Lucas and Sir John Kelk at a cost of £300,000 covered by profits from the Great Exhibition of 1851. They were intended to be permanent, and were constructed in an un-ornamented style with the intention of adding decoration in later years as funds allowed. Much of the construction was of cast-iron, 12,000 tons worth, though façades were brick.

Picture galleries occupied three sides of a rectangle on the south side of the site; the largest, with a frontage on the Cromwell Road was 1150 feet long, 50 feet high and 50 feet wide, with a grand triple-arched entrance. Fowke paid particular attention to lighting pictures in a way that would eliminate glare. Behind the picture galleries were the "Industrial Buildings". These were composed of "naves" and "transepts", lit by tall clerestories, with the spaces in the angles between them filled by glass-roofed courts. Above the brick entrances on the east and west fronts were two great glass domes, each 150 feet wide and 260 feet high - at that time the largest domes ever built. The timber-framed "Machinery Galleries", the only parts of the structure intended to be temporary, stretched further north along Prince Consort Road.

The opening took place on 1 May 1862. Queen Victoria, still in mourning for her consort Prince Albert did not attend, instead her cousin the Duke of Cambridge presided from a throne sited beneath the western dome. An opening address was delivered by the Earl Granville, chairman of Her Majesty's Commissioners, the group responsible for the organization of the event. An official closing ceremony took place on 1 November 1862, but the exhibition remained open to the public until 15 November 1862. Over six million people attended. Parliament declined the Government's wish to purchase the building and the materials were sold and used for the construction of Alexandra Palace.