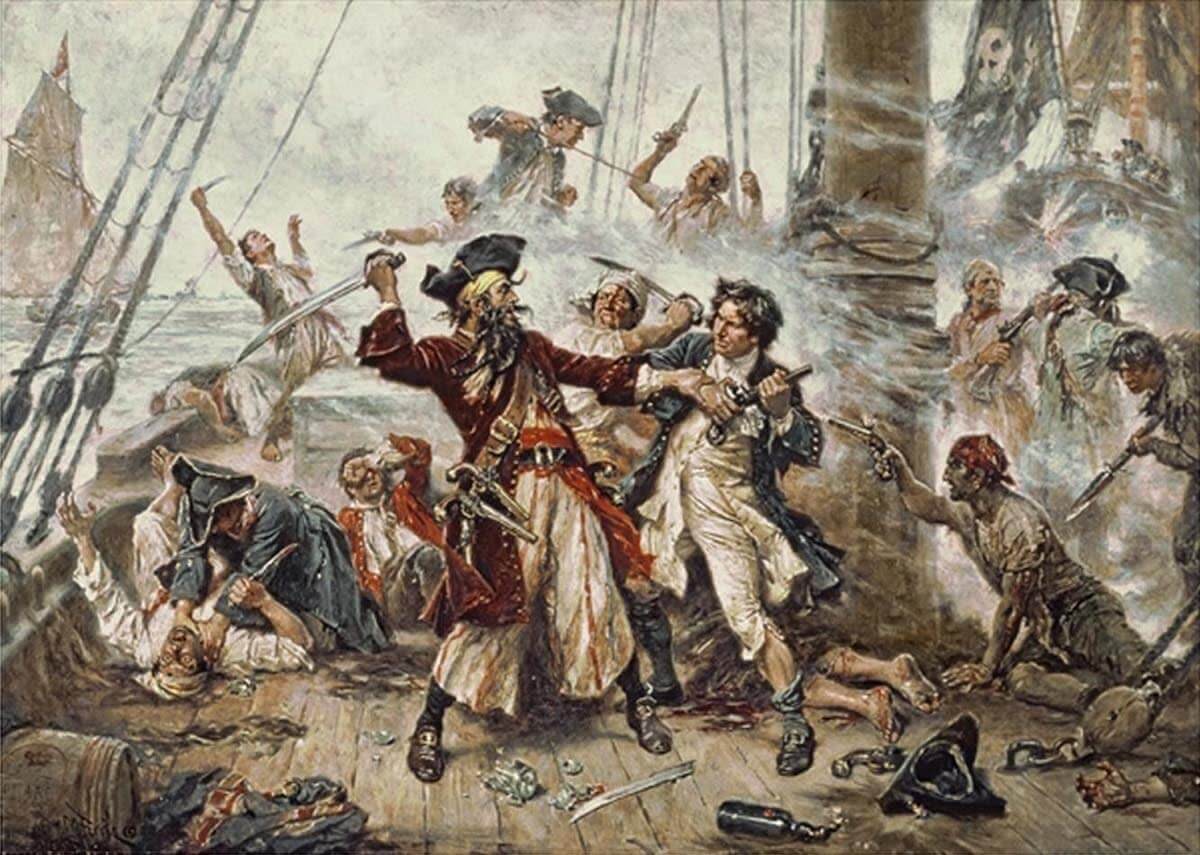 (1) The buccaneering period of approximately 1650 to 1680, characterized by Anglo-French seamen based on Jamaica and Tortuga attacking Spanish colonies and shipping in the Caribbean and eastern Pacific.

(2) The Pirate Round of the 1690s, associated with long-distance voyages from the Americas to rob Muslim and East India Company targets in the Indian Ocean and Red Sea.

(3) The post-Spanish Succession period extending from 1716 to 1726, when Anglo-American sailors and privateers left unemployed by the end of the War of the Spanish Succession, turned en masse to piracy in the Caribbean, the North American eastern seaboard, the West African coast, and the Indian Ocean Narrower definitions of the Golden Age sometimes exclude the first or second periods, but most include at least some portion of the third. The modern conception of pirates as depicted in popular culture is derived largely, although not always accurately, from the Golden Age of Piracy.

Factors contributing to piracy during the Golden Age included the rise in quantities of valuable cargoes being shipped to Europe over vast ocean areas, reduced European navies in certain regions, the training and experience that many sailors had gained in European navies (particularly the Royal Navy), and ineffective government in European overseas colonies. The colonial powers at the time constantly fought with pirates and engaged in several notable battles and other related events.