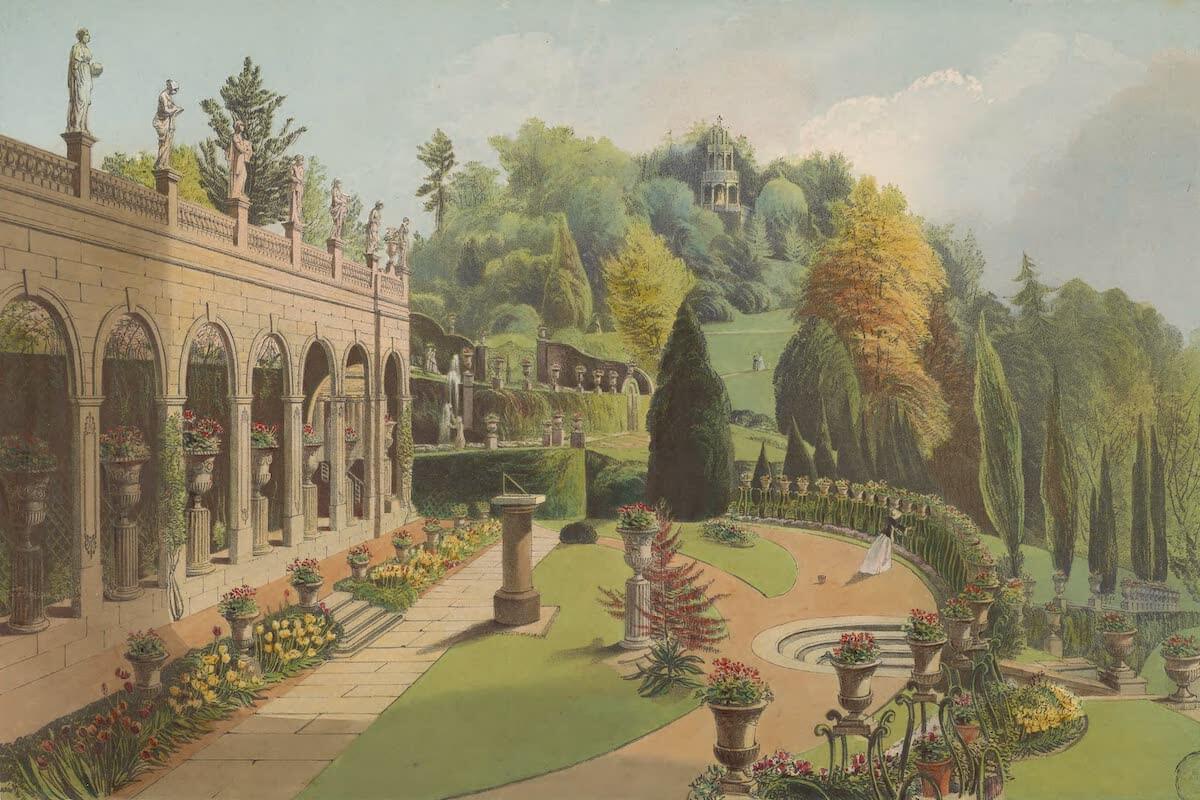 A garden is a word that comes from the old French "gardin", mod. Fr. jardin; this, like our words "garth," a paddock attached to a building, and "yard," comes from a Teutonic word for an enclosure which appears in Gothic as gards and O. H. Ger. gart, cf. Dutch gaarde and Ger. garten), the ground enclosed and cultivated for the growth of fruit, flowers or vegetables.

The word is also used for grounds laid out ornamentally, used as places of public entertainment. Such were the famous Ranelagh and Vauxhall Gardens in London; it is similarly used in zoological gardens, and as a name in towns for squares, terraces or streets. From the fact that Epicurus taught in the gardens at Athens, the disciples of his school of philosophy were known as οὶ άΠὸ τῶν κήΠων (so Diog. Laertius x. 10); and Cicero (De finibus v. i. 3, and elsewhere) speaks of the Horti Epicuri. Thus as the "Academy" refers to the Platonic and the "Porch" (ςτοά) to the Stoic school, so the "Garden" is the name given to the Epicurean school of philosophy. Apollodorus was known as κηΠοτὐραννος, the tyrant of the garden.