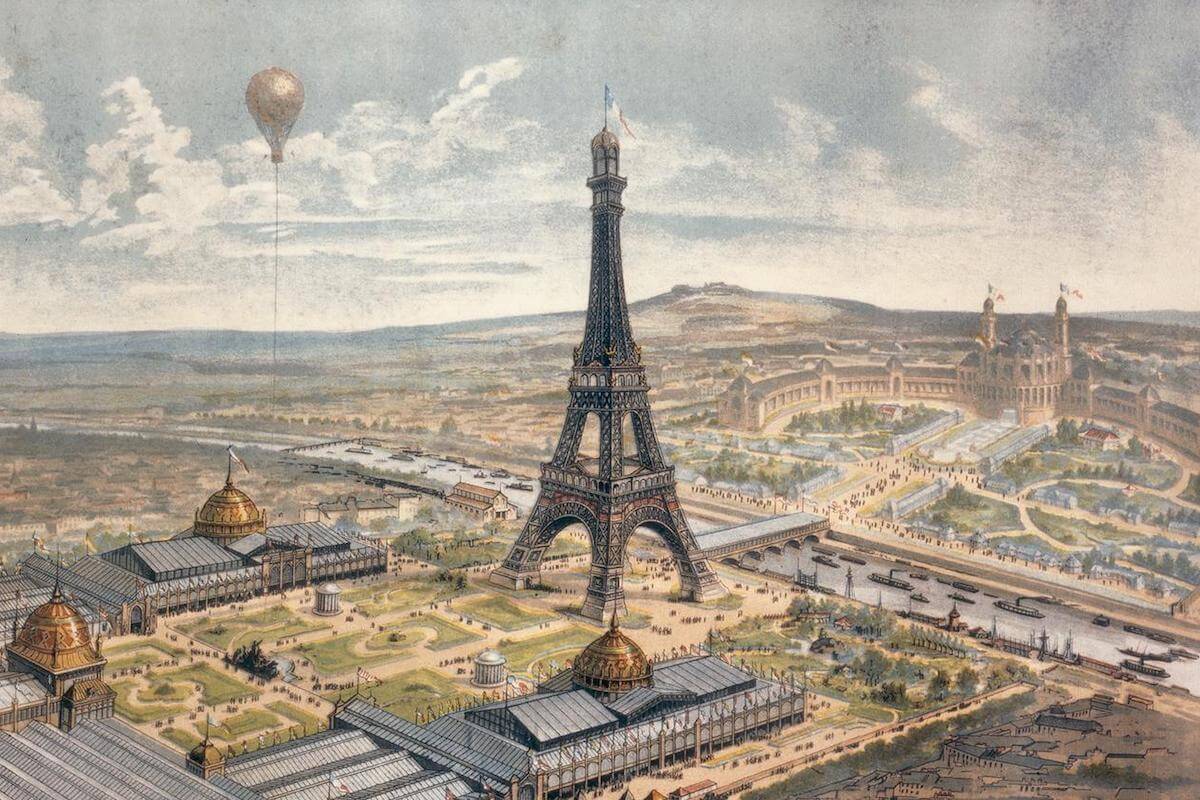 The third Paris World's Fair, called an Exposition Universelle in French, was held from 1 May through to 10 November 1878. It celebrated the recovery of France after the 1870–71 Franco-Prussian War. This exposition was on a far larger scale than any previously held anywhere in the world. It covered over 66 acres (270,000 m2), the main building in the Champ de Mars and the hill of Chaillot, occupying 54 acres (220,000 m2).

The Gare du Champ de Mars was rebuilt with four tracks to receive rail traffic occasioned by the exposition. The Pont d'Iéna linked the two exhibition sites along the central allée. The French exhibits filled one-half of the entire space, with the remaining exhibition space divided among the other nations of the world.

Germany was the only major country which was not represented, but there were a few German paintings being exhibited. The United States exhibition was headed by a series of commissioners, which included Pierce M. B. Young, a former United States Congressman and major general in the Confederate States Army and Floyd Perry Baker, a Kansas newspaper editor, as well as other generals, politicians, and celebrities.

The United Kingdom, British India, Canada, Victoria, New South Wales, Queensland, South Australia, Cape Colony and some of the British crown colonies occupied nearly one-third of the space set aside for nations outside France. The United Kingdom's expenditure was defrayed out of the consolidated revenue; each British colony defrayed its own expenses. The UK display was under the control of a royal commission, of which the Prince of Wales was president.

The buildings and the fairgrounds were somewhat unfinished on opening day, as political complications had prevented the French government from paying much attention to the exhibition until six months before it was due to open. However, efforts made in April were prodigious, and by 1 June, a month after the formal opening, the exhibition was finally completed.