> Exhibition Of The Industry Of All Nations 1853 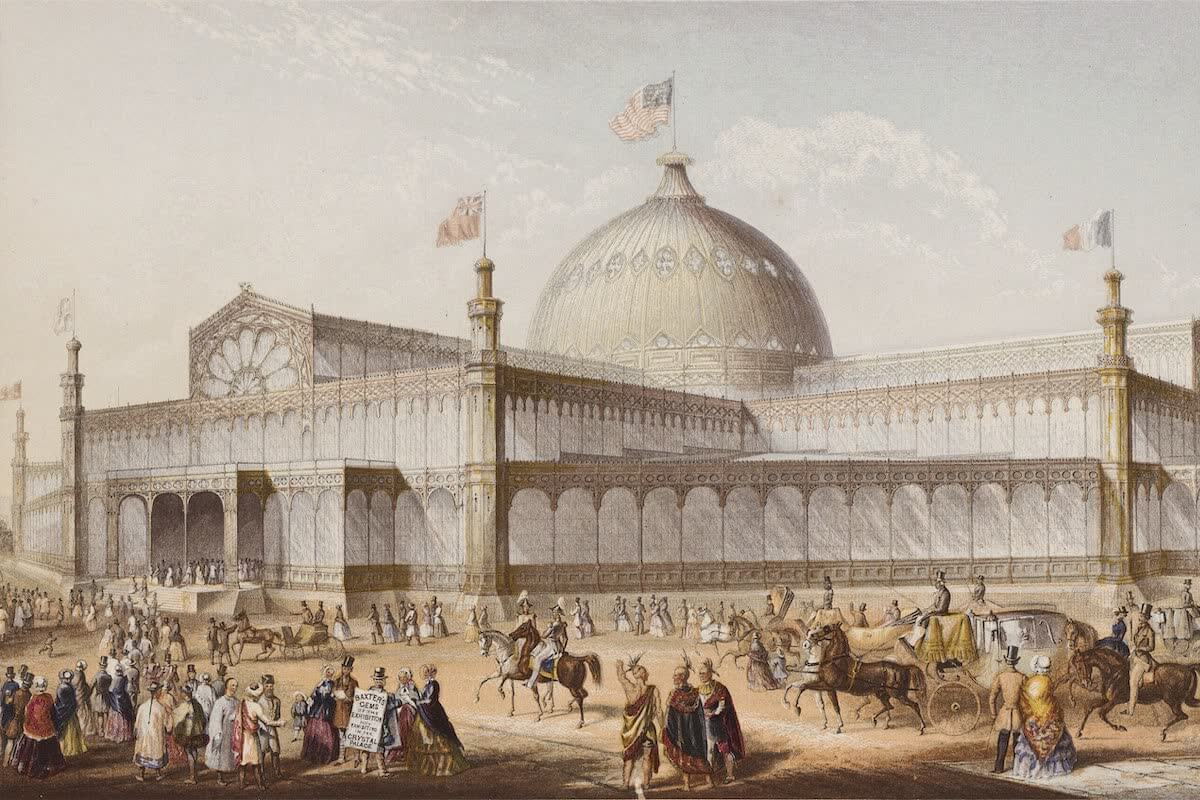 The Exhibition of the Industry of All Nations was a World's Fair held in 1853 in what is now Bryant Park in New York City, in the wake of the highly successful 1851 Great Exhibition in London. It aimed to showcase the new industrial achievements of the world and also to demonstrate the nationalistic pride of a relatively young nation and all that she stood for.

Opening on July 14, 1853 with newly sworn President Franklin Pierce in attendance, the fair was seen by over 1.1 million visitors before it closed on November 14, 1854. The fair featured its own glass and iron exhibition building – the New York Crystal Palace – directly inspired by London's. The Palace was destroyed by fire on October 5, 1858. Adjoining the Crystal Palace was the Latting Observatory, a wooden tower 315 feet (96 m) high, which allowed visitors to see into Queens, Staten Island and New Jersey. The tower, taller than the spire of Trinity Church at 290 feet (88 m), was the tallest structure in New York City from the time it was constructed in 1853 until it burnt down on August 30, 1856.

Jacob Aaron Westervelt, at that time Mayor of New York, was the President of the exhibition-committee. The general superintendent was Admiral Du Pont. Today, the expo is also remembered as the place where Elisha Otis demonstrated an elevator equipped with a device called a safety, which would kick in if the hoisting rope broke. This addressed a major public concern regarding the safety of elevators. Three years later, Otis installed the first passenger elevator in the United States in a New York City store.

There are no works available for the New York Exhibition collection.