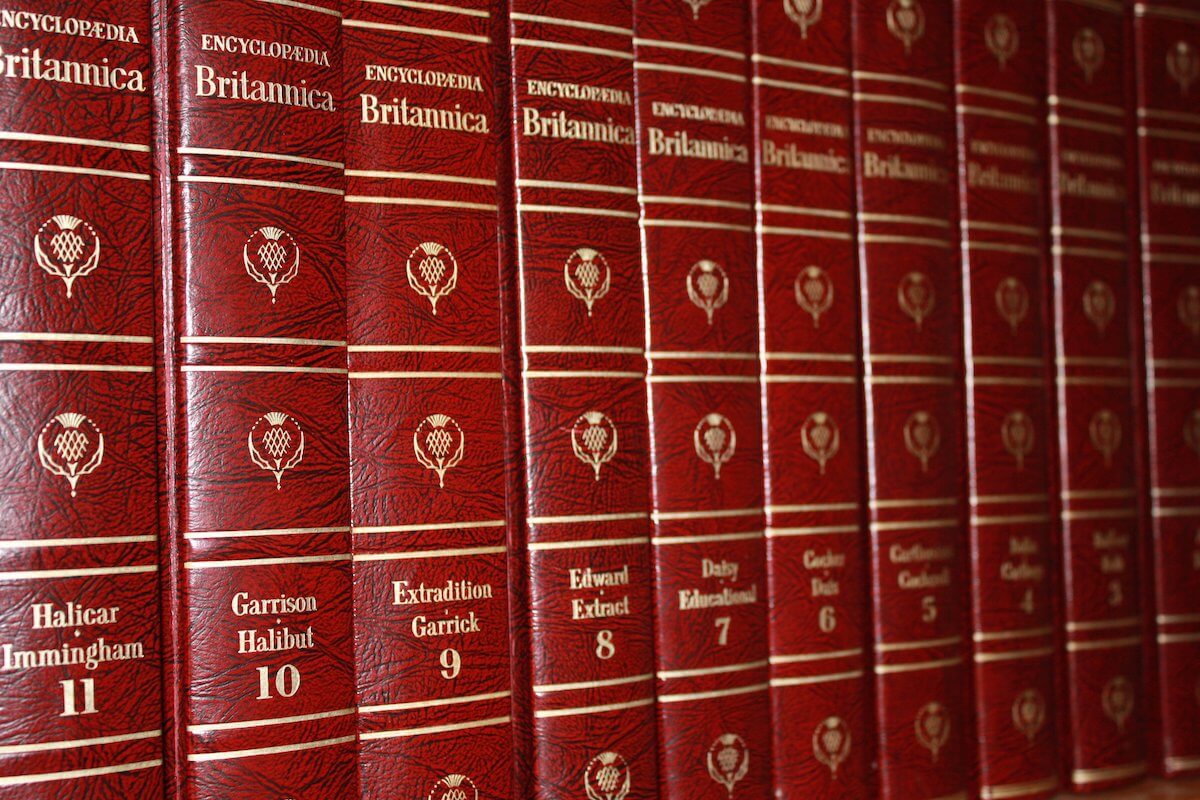 The idea seems to be a complete course of instruction in all parts of knowledge. An epic poem was called cyclic when it contained the whole mythology; and among physicians ????? ??????????, cyclo curare (Vegetius, De arte veterinaria, ii. 5, 6), meant a cure effected by a regular and prescribed course of diet and medicine (see Wower, De polymathia, c. 24, § 14).

The word encyclopaedia was probably first used in English by Sir Thomas Elyot. “In an oratour is required to be a heape of all maner of lernyng: whiche of some is called the worlde of science, of other the circle of doctrine, whiche is in one worde of greke Encyclopedia” (The Governour, bk. i. chap. xiii.). In his Latin dictionary, 1538, he explains “Encyclios et Encyclia, the cykle or course of all doctrines,” and “Encyclopedia, that lernynge whiche comprehendeth all lyberall science and studies.” The term does not seem to have been used as the title of a book by the ancients or in the middle ages.

The edition of the works of Joachimus Fortius Ringelbergius, printed at Basel in 1541, is called on the title-page Lucubrationes vel potius absolutissima ????????????. Paulus Scalichius de Lika, an Hungarian count, wrote Encyclopaediae seu orbis disciplinarum epistemon (Basileae, 1599, 4to). Alsted published in 1608 Encyclopaedia cursus philosophici, and afterwards expanded this into his great work, noticed below, calling it without any limitation Encyclopaedia, because it treats of everything that can be learned by man in this life. This is now the most usual sense in which the word encyclopaedia is used—a book treating of all the various kinds of knowledge.