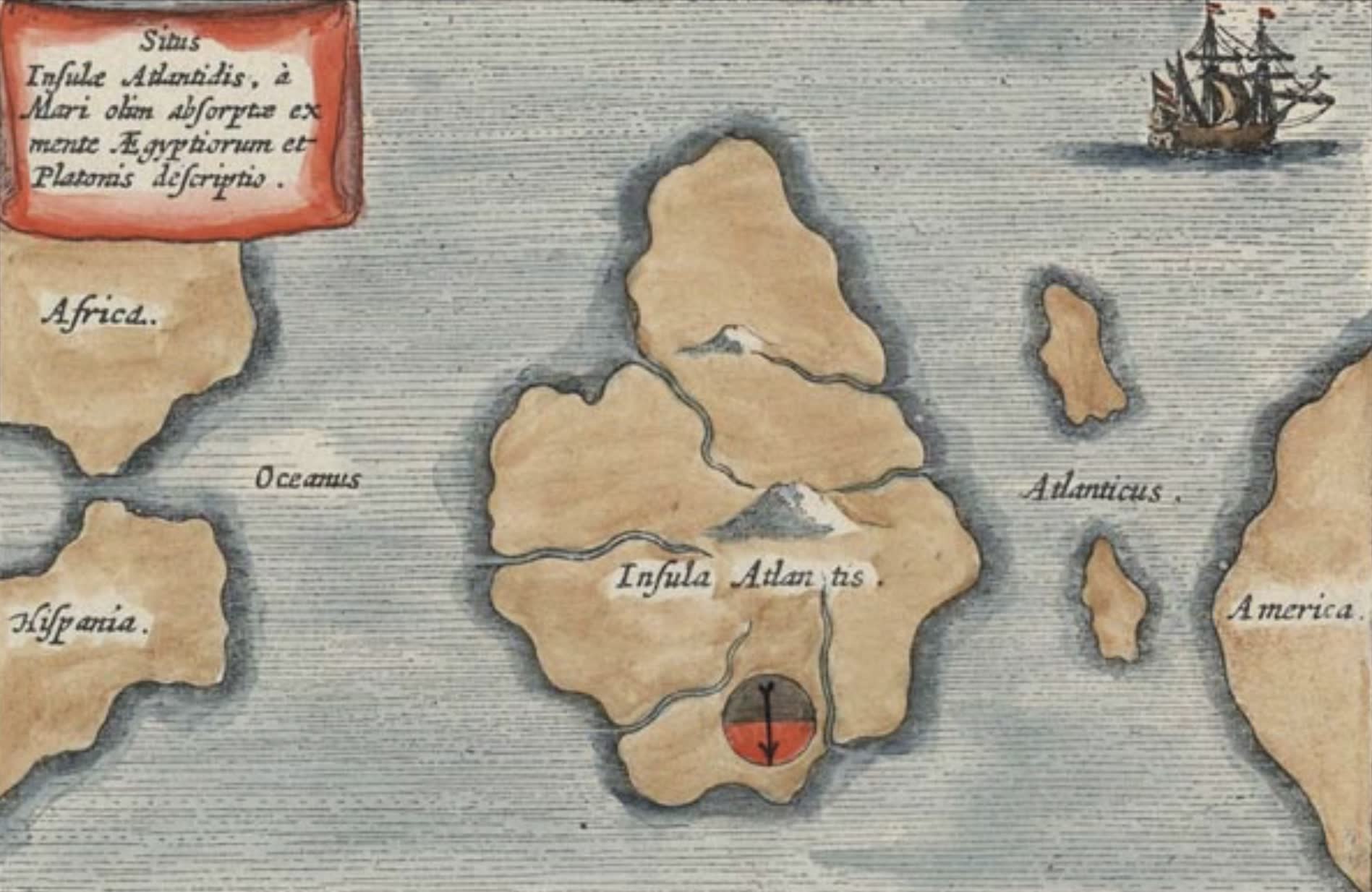 Atlantis, Atalantis, or Atlantica is a legendary island in the Atlantic Ocean, first mentioned by Plato in the Timaeus. Plato describes how certain Egyptian priests, in a conversation with Solon, represented the island as a country larger than Asia Minor and Libya united, and situated just beyond the Pillars of Hercules (Straits of Gibraltar). Beyond it lay an archipelago of lesser islands. According to the priests, Atlantis had been a powerful kingdom nine thousand years before the birth of Solon, and its armies had overrun the lands which bordered the Mediterranean. Athens alone had withstood them with success. Finally the sea had overwhelmed Atlantis, and had thenceforward become unnavigable owing to the shoals which marked the spot.

In the Critias Plato adds a history of the ideal commonwealth of Atlantis. It is impossible to decide how far this legend is due to Plato's invention, and how far it is based on facts of which no record remains. Medieval writers, for whom the tale was preserved by the Arabian geographers, believed it true, and were fortified in their belief by numerous traditions of islands in the western sea, which offered various points of resemblance to Atlantis. Such in particular were the Greek Isles of the Blest, or Fortunate Islands, the Welsh Avalon, the Portuguese Antilia or Isle of Seven Cities, and St Brendan's island, the subject of many sagas in many languages.

These myths helped to maintain the tradition of an earthly paradise which had become associated with the myth of Atlantis; and all except Avalon were marked in maps of the 14th and 15th centuries, and formed the object of voyages of discovery, in one case (St Brendan's island) until the 18th century. In early legends, of whatever nationality, they are almost invariably described in terms which closely resemble Homer's account of the island of the Phaeacians (Od. viii.)—a fact which may be an indication of their common origin in some folk-tale current among several races.

Somewhat similar legends are those of the island of Brazil, of Lyonnesse, the sunken land off the Cornish coast, of the lost Breton city of Is, and of Mayda or Asmaide, the French Isle Verte and Portuguese Ilha Verde or "Green Island" which appears in many folk-tales from Gibraltar to the Hebrides, and until 1853 was marked on English charts as a rock in 44° 48' N. and 26° 10' W. After the Renaissance, with its renewal of interest in Platonic studies, numerous attempts were made to rationalize the myth of Atlantis. The island was variously identified with America, Scandinavia, the Canaries and even Palestine; ethnologists saw in its inhabitants the ancestors of the Guanchos, the Basques or the ancient Italians; and even in the 17th and 18th centuries the credibility of the whole legend was seriously debated, and sometimes admitted, even by Montaigne, Buffon and Voltaire.

For the theory that Atlantis is to be identified with Crete in the Minoan period, see "The Lost Continent" in The Times (London) for the 19th of February 1909. See also "Dissertation sur l'Atlantide" in T. H. Martin's Etudes sur le Timee (1841).