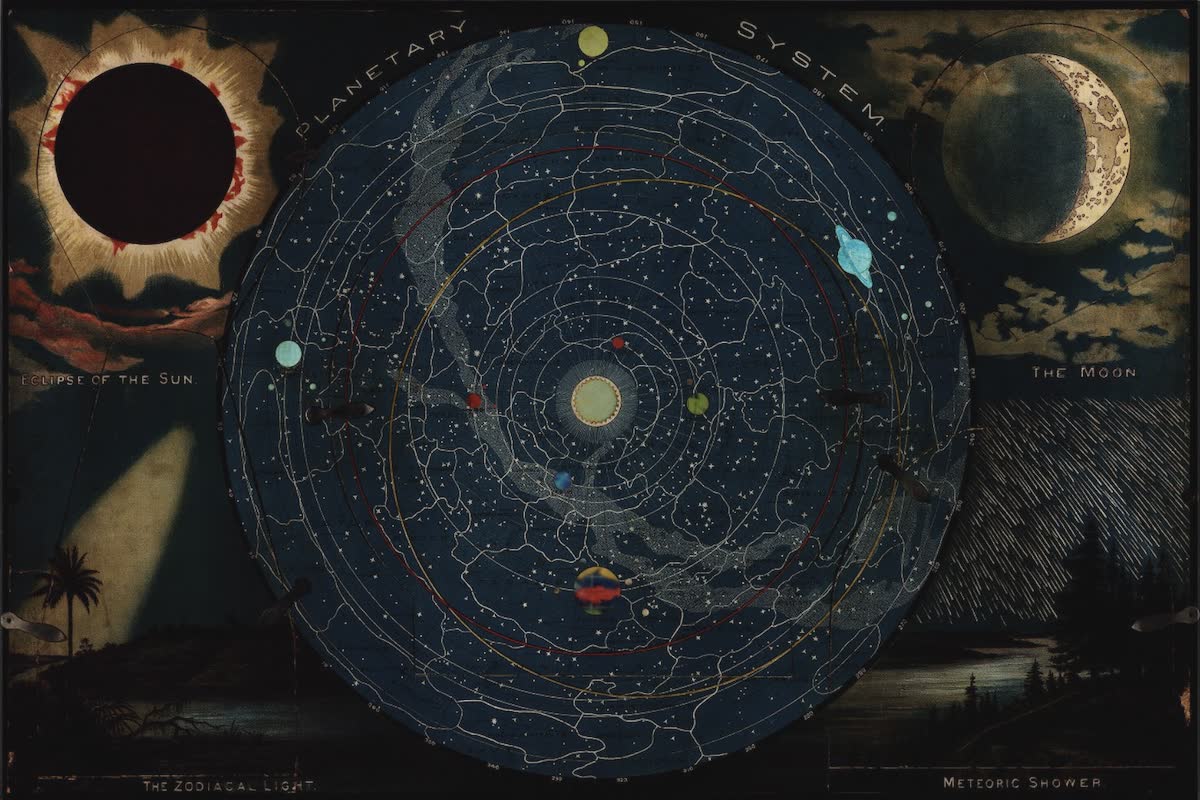 There is a certain sense in which the history of each science extends back into the early periods of antiquity, and even into the prehistoric past. But in this respect astronomy has a history which is unparalleled, except possibly by that of mathematics and of medicine; for the earliest men were astronomical observers.

The seasons could not be determined, the sea could not be navigated, and geography could not be written without considerable knowledge of the stars and their motions. The result is that astronomy was in a very advanced state as early as the time of Thales (640-546 B.C.); and more than a century before the Christian era it was an astonishingly complete and well-systematized science, a result mainly due to the observations of Hipparchus and to the systematic treatment of Claudius Ptolemy.

At this period the Greeks were familiar with the uniform motion of the fixed stars, and the variable motion of the planets; they knew how to measure latitude and longitude and how to compute eclipses; they had not only determined the fact of the precession of the equinoxes, but had obtained its value with great precision. Meanwhile, Hipparchus had completed a catalogue giving the positions of no less than 1,088 stars.

The modern science of astronomy may rightly be said to date from Copernicus (1473-1543), who first saw that the sun is the center of what we now call the solar system; at least, he saw that this is a simpler way of looking at the matter than to consider, as the Greeks had done, that the earth was the center of this system.

A couple of centuries after the time of Copernicus, Richer found that the acceleration of gravity diminishes as one proceeds from the equator to the poles. This made it almost certain that the earth was in rotation. In 1726 Bradley discovered the aberration of light, a phenomenon which could not occur, as it does, unless the earth were revolving about the sun. These phenomena and the law of gravitation, as employed by Newton, practically complete the evidence for the Copernican view; unless we add the discovery by Bessel, in 1838, of the annual parallax of the fixed stars.

The invention of the telescope about the beginning of the 17th century gave a tremendous impulse to astronomical discovery. Galileo, Huygens, Newton and many others shortly made and used their own instruments. The continuous improvement in the telescope has been accompanied by a continuous extension of the solar system from that date up to the discovery of the fifth satellite of Jupiter by Barnard in 1892. Advances in our knowledge of the stellar systems lying beyond our own have been made pari passu with the improvement of the telescope. Of the more than 1,300 double stars recently discovered by Burnham, practically none could have seen as double by any telescope in existence at the beginning of the 19th century.

Among these branches of astronomy are the following:

1. General, sometimes called descriptive, astronomy, which includes a general survey of the entire subject, including both the phenomena and the principles of the science.

2. Mathematical, sometimes called theoretical, astronomy, which assumes the law of gravitation and then proceeds to compute orbits, prepare tables and determine all the motions of the heavenly bodies.

3. Practical astronomy, which deals with work in the observatory proper, including a study of various methods and instruments there employed. The fundamental instruments are the clock, the telescope and the divided circle for measuring angles.

4. Astrophysics, a comparatively new branch of the science, made possible largely by the discovery and development of the spectroscope. Astrophysics is simply the physics of the heavenly bodies, and has to do with their composition, their temperatures, their states of aggregation, their atmospheres, their radiations and even their motions. The fundamental instrument, but by no means the only instrument employed by the astrophysicist is the spectroscope.

Passing now to a brief survey of the astronomical discoveries, we may outline the matter as follows:

1. The Sun, which is, to us, the most important of all the heavenly bodies, being the one upon which we are dependent for our daily existence, is simply one of the fixed stars. It appears much larger than any other of these stars simply because it is many thousand times nearer us than the nearest of the stars. See Sun.

2. About the sun as a central body there have been discovered many bodies which are distributed at distances varying from one third to thirty times the distance of the earth from the sun. These bodies reflect the light of the sun and have, to the naked eye, the appearance of stars. Since, however, their apparent position in the sky changes from night to night, they are called planets, which is merely the Greek word for wanderers. Besides the earth, which is one of these planets, there are seven others of importance, and besides these eight there is a large number of similar bodies, much smaller in size, called asteroids.

3. Now and then the solar system entertains visitors from other parts of the universe. These stray bodies, which come into the solar system for a few days or, at most, for a few months, and then leave it again, are called comets, for the reason that they resemble a star with flowing hair. Comets are probably composed largely of hydrocarbon gases, since the spectrum which they exhibit is always that of the Bunsen burner. But what is the source of their light, what is their origin and why their tails are repelled by the sun are still unsolved problems.

4. Leaving the solar system and passing out into space, our nearest neighbor is another great sun (as we learn by the spectroscope), whose distance from the earth is such that more than three years is required for light to travel from it to us. This star, which is called ? Centauri, is said to be fixed, since from year to year its motion is so small that it can be detected only by very careful and delicate measurements. Most of the stars one sees on any clear night belong to this class. They are all so far away that, however much they may be magnified, they still appear as bright points.

In addition to these, a telescope will reveal a number of double suns, or double stars as they are called, each revolving about the other. Even a small telescope will also reveal many bright objects having the appearance of a small bright cloud or patch of light. Such a body is called a nebula, which is merely the Latin word for small cloud. These nebulae possess the utmost variety of form; have fixed position as fixed stars do; are composed of gases, including hydrogen and probably helium; and, in fact, exhibit nearly every gradation in appearance from a bright cloud to a bright star. Nebulae probably represent the fixed stars in the earlier stages of their development.

The four groups of bodies just mentioned include practically all that we meet in the universe about us, if we except those small particles which the earth encounters now and then, some of which burn in the earth's atmosphere and are called shooting stars or meteors. Some of these are large enough to penetrate the entire atmosphere and reach the earth's surface, in which case we call them meteoric stones. Certainty some, and possibly many, of the bodies mentioned above are accompanied by other small bodies revolving about them. These bodies are called moons or satellites, and are included as a part of the body about which they revolve.

For an excellent and elementary treatment of this science see Young's General Astronomy; also, Chambers' The Story of the Stars (N.Y., 1895)