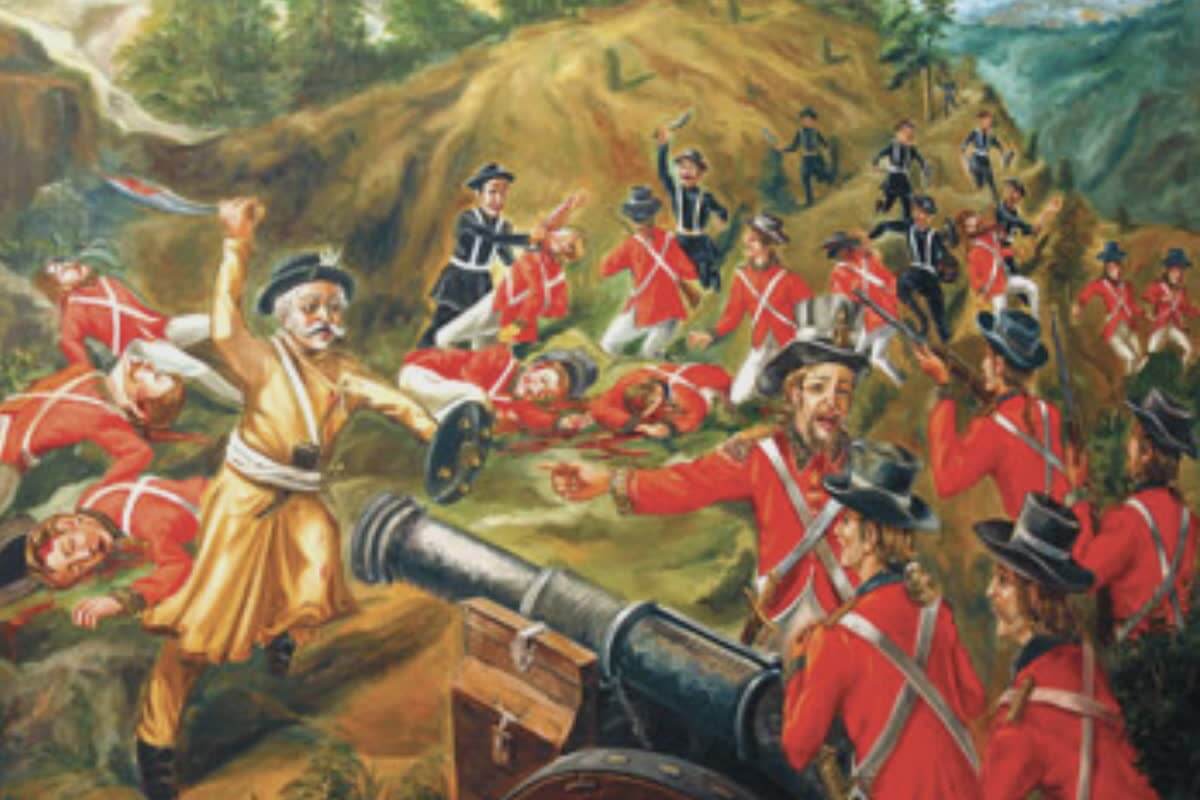 The Anglo-Nepalese War (1814–16), also known as the Gurkha War, was fought between the Kingdom of Gorkha (present-day Federal Democratic Republic of Nepal) and the East India Company as a result of border disputes and ambitious expansionism of both the belligerent parties. The war ended with the signing of the Treaty of Sugauli in 1816, which ceded some Nepalese controlled territory to the British.

The war was led by British East India Company with the support from native states; Garhwal Kingdom, Patiala State and Kingdom of Sikkim against Kingdom of Gorkha. The war on the side of Kingdom of Gorkha was led mostly by the members of the larger Thapa caucus.

Fraser, James Baillie. (1820). Journal of a tour through part of the snowy range of the Him?l? mountains, and to the sources of the rivers Jumna and Ganges. London: Rodwell and Martin. [4]

East India Company. (1824). Papers respecting the Nepaul War. Papers regarding the administration of the Marquis of Hastings in India. [6]

Prinsep, Henry Thoby. (1825). History of the political and military transactions in India during the administration of the Marquess of Hastings, 1813–1823, Vol 1. London: Kingsbury, Parbury & Allen. [8]