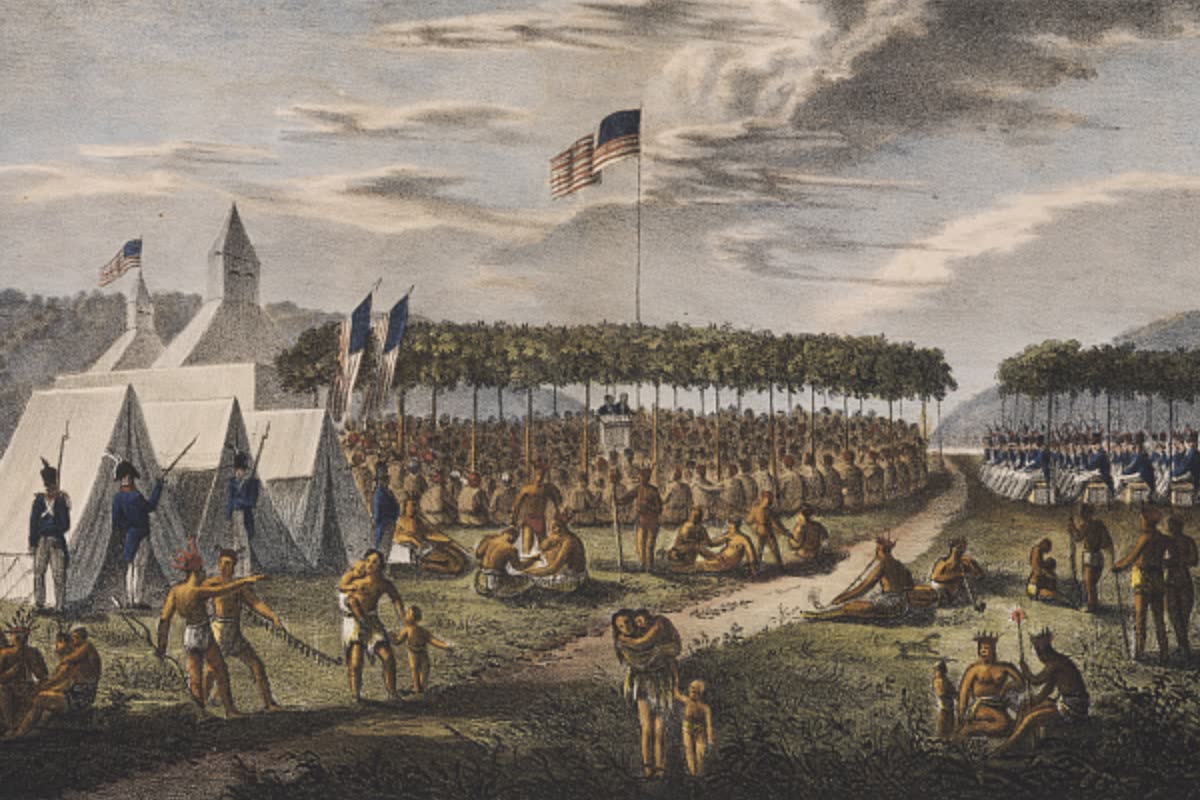 The American Indian Wars (also known as the Indian Wars or the First Nations Wars; French: Guerres des Premieres Nations) is the collective name for the various armed conflicts that were fought by European governments and colonists, and later by the United States and Canadian governments and American and Canadian settlers, against various American Indian and First Nation tribes.

These conflicts occurred in North America from the time of the earliest colonial settlements in the 17th century (c. 1540) until the 1920s. The various Indian Wars resulted from a wide variety of factors, including cultural clashes, land disputes, and criminal acts committed by both sides. The European powers and their colonies also enlisted Indian tribes to help them conduct warfare against each other's colonial settlements.

After the American Revolution, many conflicts were local to specific states or regions and frequently involved disputes over land use; some entailed cycles of violent reprisal. The British Royal Proclamation of 1763, included in the Constitution of Canada, prohibited white settlers from taking the lands of indigenous peoples in Canada without signing a treaty with them. It continues to be the law in Canada today, and 11 Numbered Treaties, covering most of the First Nations lands, limited the number of such conflicts.

As white settlers spread westward across America after 1780, the size, duration, and intensity of armed conflicts increased between settlers and various cultures of Indians. The climax came in the War of 1812, which resulted in the defeat of major Indian coalitions in the Midwest and the South. Conflict with settlers became much less common and were resolved by treaty, often through sale or exchange of territory between the federal government and specific tribes.

The Indian Removal Act of 1830 authorized the US government to enforce the Indian removal from east of the Mississippi River to the west, what the government considered the sparsely populated American frontier. (Many tribes had extensive territory in this area, however.) The federal US policy of removal was eventually refined in the West, as American settlers kept expanding their territories, to relocate Indian tribes to specially designated and federally protected reservations.