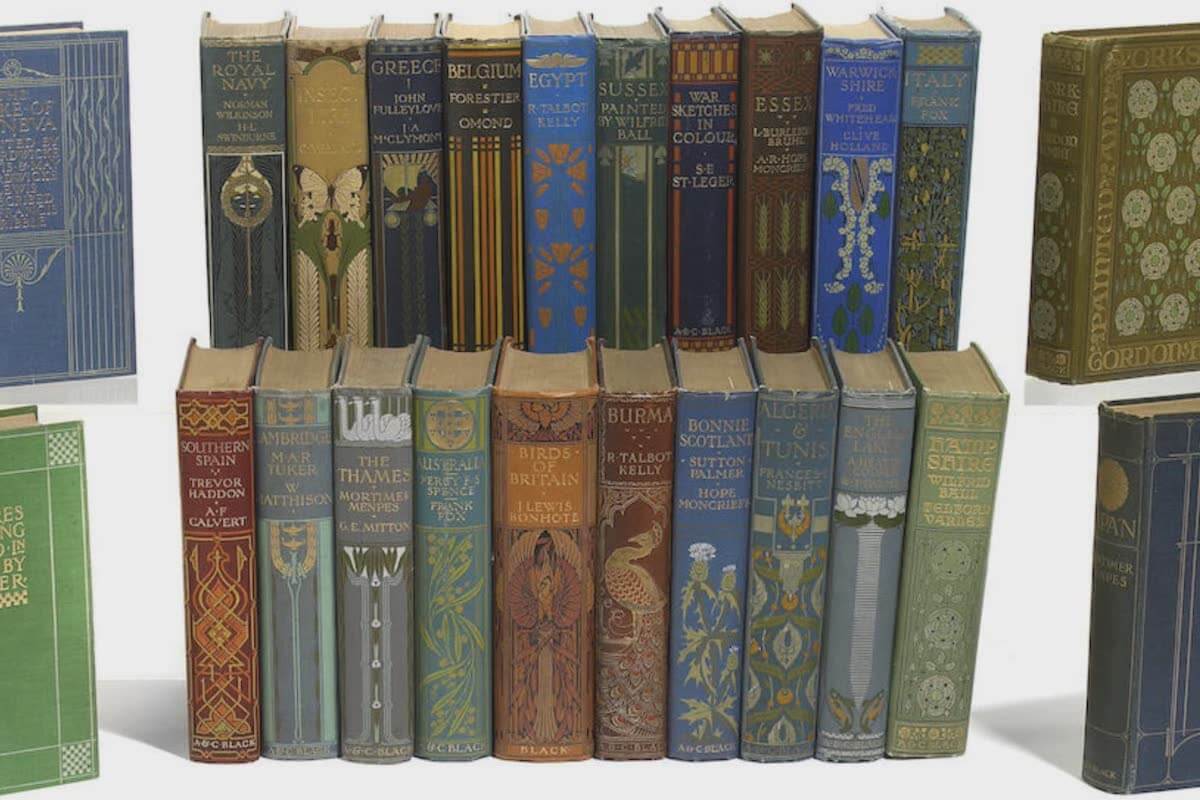 The publishing house of Adam and Charles Black was founded in 1807 when Adam Black opened his own bookshop shortly after his twenty-third birthday.. In 1851, the firm bought the copyright of Sir Walter Scott's Waverley novels for £27,000. During the years 1827–1903 the firm published the 7th, 8th and 9th editions of the Encyclopædia Britannica.

Originally the company was based in Edinburgh where many booksellers were also publishers and all publishers were booksellers. In June 1889 the company made the huge move from Scotland to London — taking up residence in 4,5,6 and 7 Soho Square, together known as the Soho Bazaar.

The Black's Guides were travel guide books published by the Adam and Charles Black firm of Edinburgh (later London) beginning in 1839. Later the firm also published the A. & C. Black Colour Books: Twenty Shilling Series (1901–21), a series of high-quality travel books illustrated in color by various artists. Pricing. 20/- in the early nineteen hundreds was more than the average weekly wage.

The series' style tended towards the "colloquial, with fewer cultural pretensions" than its leading competitor Baedeker Guides. Contributors included David T. Ansted, Charles Bertram Black, and A. R. Hope Moncrieff. The A. & C. Black's 20/- series used water-colour artists and was the first to use the new "three colour" process for colour plates. The books were lavish in their use of colour illustrations with most volumes having 70 or more colour plates.

The standard print run for the 20/- series was 3000 and yet, despite this, some titles with the same print run are much harder to find today. In addition to the 20/- standard edition most of the books published up to about 1906 were also produced in De-Luxe Limited editions (typically priced at two guineas) and a very few "super De-Luxe" editions with original watercolours (originally priced at five guineas).

Dust wrappers appeared from about 1905 and some published before this date had wrappers produced for them. They were not, in general, attractive and were meant to do exactly what dust-wrappers are supposed to do - protect the book. But all these dust jackets do is cover up the real beauty of the covers so they are often not found or change the value of the books.

Making of the Nations. Each volume in this hardback series, published by Adam and Charles Black in London, contained "32 full-page illustrations from original paintings and from photographs, also maps, plans, and other illustrations in the text".