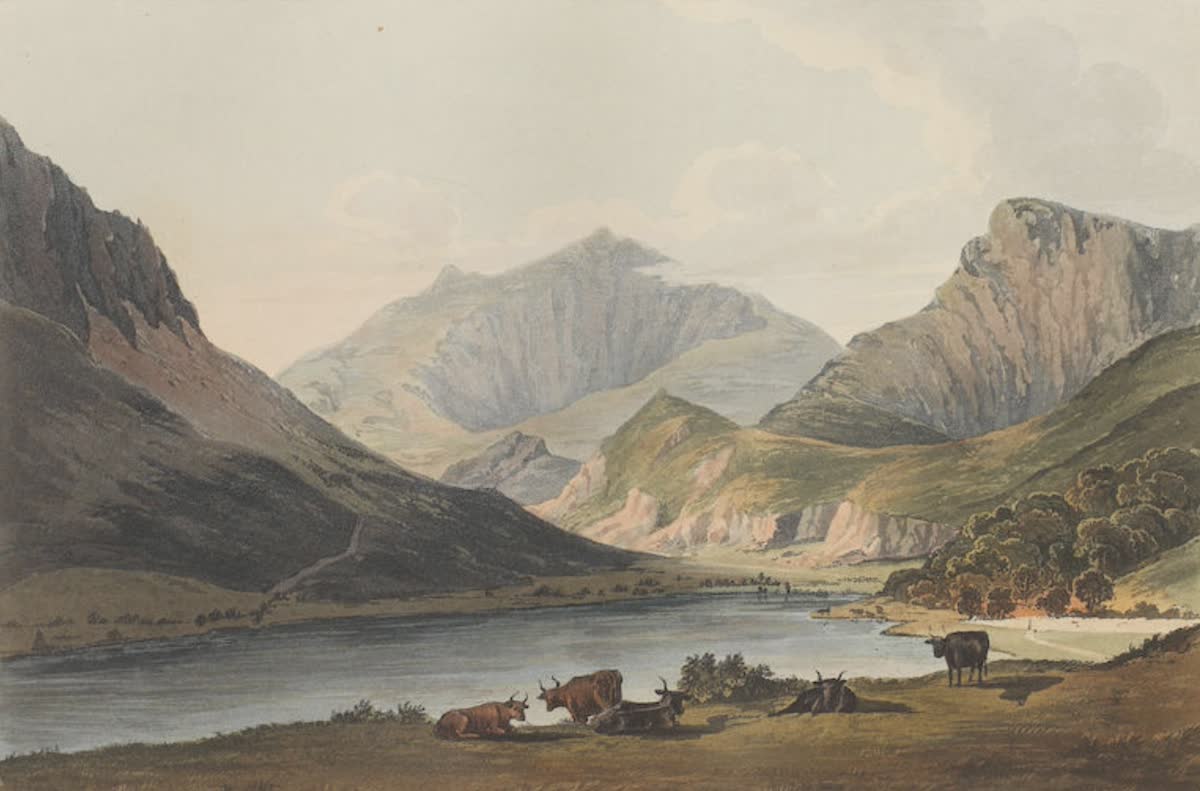 Wales, a part of Great Britain, is a peninsula on the western coast of England, lying between Bristol Channel and the Irish Sea. It is 136 miles long and about 90 wide, with an area of 7,442 square miles, making it about as large as Massachusetts. It has a broken coast-line of 360 miles, and is a mountainous country. The Snowdon Mountains in the north, the Plinlimmon and the Black Mountains are the main ranges, with peaks over 3,000 feet high.

The people are of Celtic origin, and call themselves Cymri, the name Welsh being given them by the English. The English language is spoken in most of the large cities, but Welsh or Cymraeg, as they call it, is the language of the country. It is the best preserved of the Celtic dialects. Wales was inhabited by three Celtic tribes when the Romans invaded it, but the latter never conquered it.

It was in constant warfare with the Saxons and the Danes, paying tribute to Athelstan, king of England, and later to Harold. William the Conqueror subdued it, and the English kings have ever since claimed possession of the country. In 1267 Llewellyn ap Gryffith was acknowledged prince of Wales by Henry III, but, refusing to obey the call of Edward I to Parliament, was attacked and defeated. In 1282 he rebelled again, was slain in battle, his brother David, who succeeded him, was executed as a traitor, and Wales was united to England. The title Prince of Wales has been given ever since to the oldest son of the English sovereign. Under Owen Glendower the Welsh made a final effort for freedom, the struggle lasting 15 years from 1400 till his death in 1415. Population 2,037,610.

There are several small streams, and only one lake, Bala. The country abounds in minerals; copper, lead, iron, coal, zinc and silver are found, and remains of gold mines worked by the Romans. The climate is not severe, though somewhat cold and very damp. Butter, cheese, wool and grain are among the most important products, and iron and flannel are the principal manufactures.

All children between the ages of five and fourteen are required to attend schools provided for them, which are practically free. In 1905-6 Wales expended over $1,000,000 on secondary and technical schools. Among the higher institutions are the University of Wales, consisting of the Aberystwith, Bangor and Cardiff Colleges; University College; St. David's College; St. Beuno's College; and colleges at Bala, Brecon, Llangollen and Trevesca.