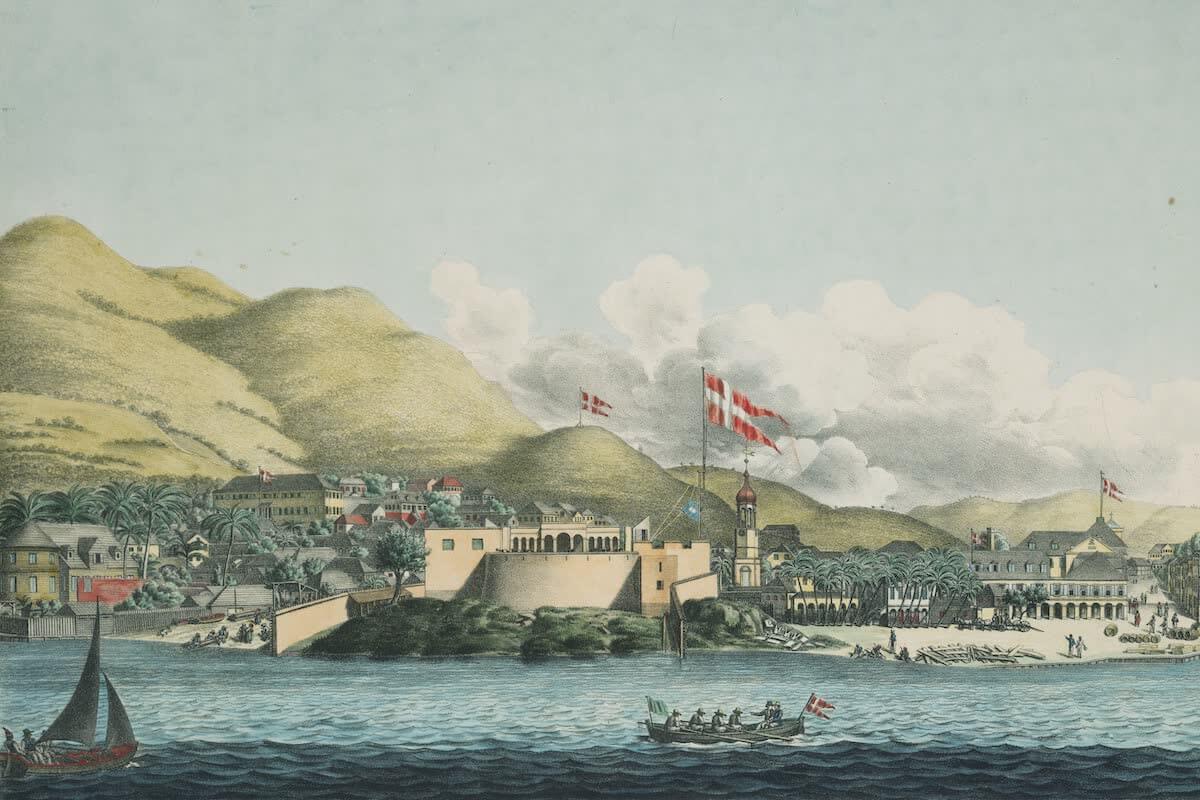 VIRGIN ISLANDS. A group of the Leeward Islands, consisting of upward of 100 islands, situated immediately east of Porto Rico (Map: Antilles, P 5). They are mostly unproductive and uninhabited. Scarcely one-third of the area is in cultivation and occupied—about 270 square miles being inhabited by nearly 40,000 persons. The Virgin Islands were discovered by Columbus in 1494.

The climate is comparatively healthful. There are two wet and two dry seasons. Hurricanes and earthquakes are somewhat frequent. In the geological formation figure chalk-limestone, serpentine, and eruptive stone. The coasts afford good fishing; nut trees abound in the forests; and there is fine pasturage. Among the exports are sugar, indigo, cotton, and salt.

The American islands are St. Thomas, St. Croix, St. John, Vieques, and Quelebra. The three former, with 50 smaller ones, form the Danish West Indies (formerly to Spain). These were purchased by the United States from Denmark and were formally transferred on March 31, 1917. Payment of $25,000,000 was made for these islands.

There are no works available for the Virgin Islands collection.