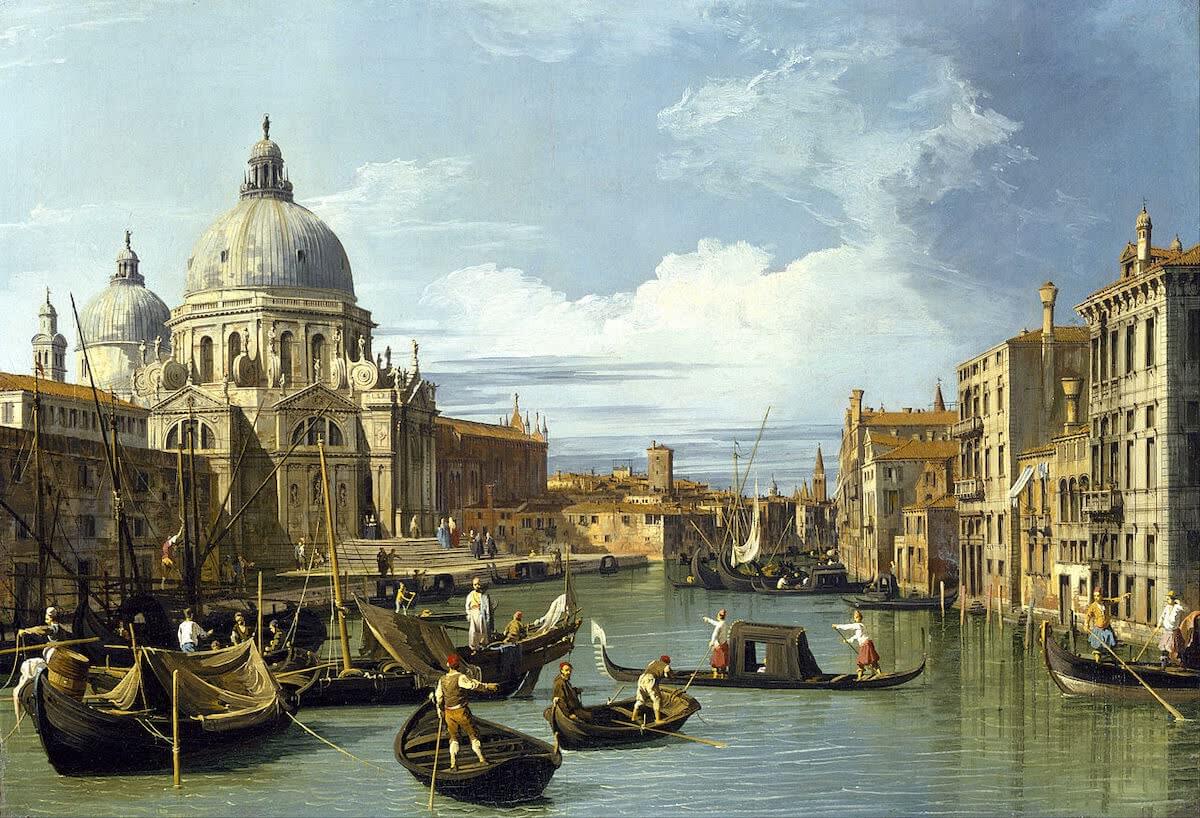 Venice or Venezia is a city of northern Italy. It is built upon a crowded cluster of islets in the lagoon of Venice, which is separated from a gulf of the Adriatic by a long and narrow sandbank, divided into a number of small islands by six narrow sea-passages. Inside of this sandbank and between it and the mainland, about four miles distant, is the lagoon, in some parts of which islets have formed, firm enough to be built upon and fertile enough to be cultivated. Here the city of Venice is built.

As the islands in many places afford no suitable foundations for buildings, the city is largely built upon piles or stone. In the vicinity of Venice the ebbing tide lays bare a great plain of mud, laced by a network of narrow channels from which the sea never retires, while at high water the whole surface is covered by the sea to the depth of one or two feet. The city of marble palaces seems to rise like a vision out of the sea. This alone suffices to make it at all times an object of fascination, but in summer and autumn, the season of the highest tides, when the grand place of St. Mark's is partially flooded, the city is marvelously beautiful, and must continue to be a place of interest so long as it stands.

The present population is 160,000. Although the many marshy islands extending along the northwestern shores of the Adriatic are known to have been used by the inhabitants of Venetia, one of the provinces into which Italy was divided by Constantine, as places of retreat from barbarian invasions as early as the 5th century, the first permanent settlement on the site of the present city cannot be traced farther back than the beginning of the 9th century.

The physical conditions with which the early inhabitants had to contend could hardly have been more unfavorable to the development of a great and prosperous city. The soil possessed no kind of mineral wealth, the thickets which diversified the surface of the barren marshes produced no valuable timber, good drinking-water was hardly to be obtained; yet it was here that the Venetians by their energy, their industry and their genius for commerce succeeded in establishing and maintaining their independence, in making other nations their tributaries, in sending their fleets to distant shores, in controlling the destiny of empires and in building up a naval power unique in history.

Venice may be said to have risen out of the ruins of the Roman empire and to have maintained its separate nationality through the middle ages and down to 1797, when Napoleon Bonaparte entered the city, proclaimed the republic at an end and transferred her territory to Austria. In 1806 the city with the territory of Venetia was annexed to Italy by the treaty of Pressburg, but it was again transferred to Austria in 1814, under whose dominion it remained until 1866, when it was once more incorporated in the kingdom of Italy.