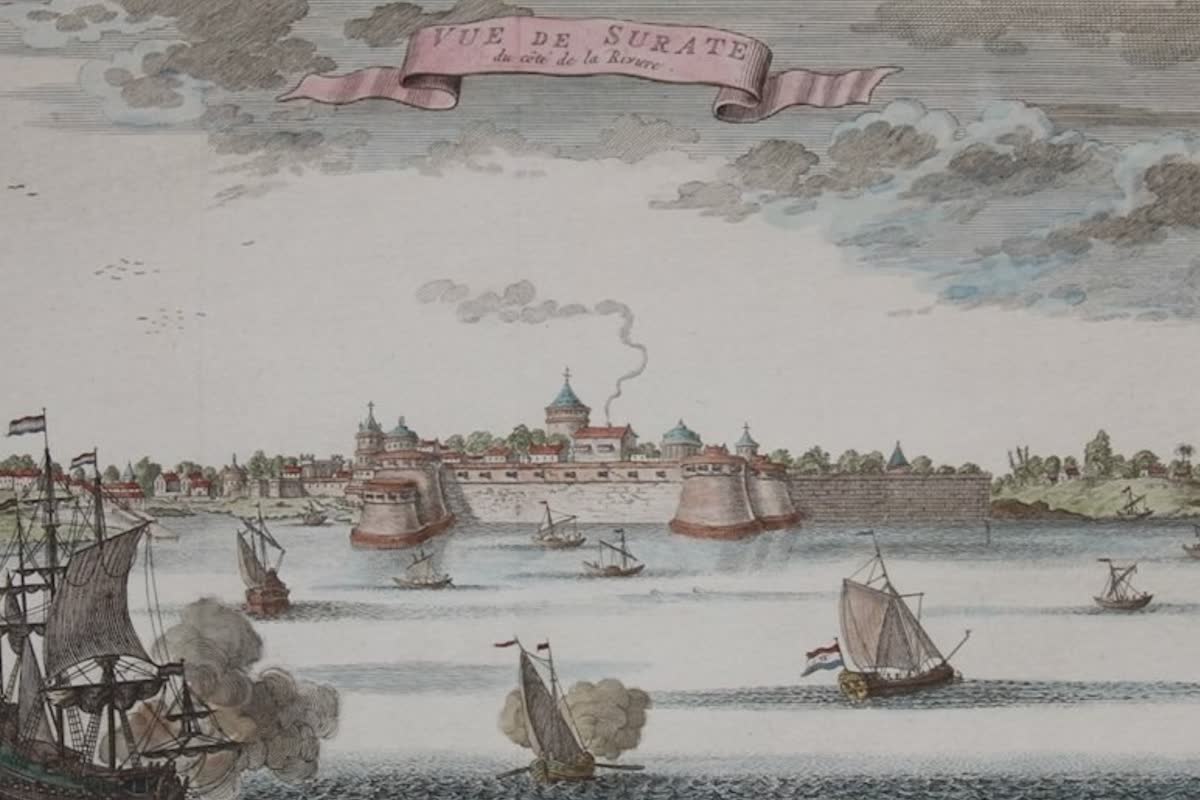 Surat was the capital of a district of the same name, Bombay, British India, 150 miles by rail north of Bombay and about 15 miles from its port, Swalli, at the mouth of the Tapti, in the Gulf of Cambay.

The town is surrounded on the landward side by a brick wall. It has numerous mosques and several Hindu and Parsi temples and the palace of the former Nawab of Surat. The Tapti, owing to a sand-bar, affords entry only to small vessels, and the commerce of Surat, which from the sixteenth century to the eighteenth century was very extensive, has been steadily diverted to Bombay.

Surat is a place of military importance, with a castle dating from 1540, centrally situated on the river front, and a cantonment, the residence of a British military commandant and other dignitaries. Surat rose into importance as the spot whence the Mohammedans of Hindustan embarked on their pilgrimage to Mecca. In 1612 the English East India Company established a factory here, which for some time was their principal trading station in India. In 1759 the castle was made over to the English and in 1800 they assumed the administration of the town.

There are no works available for the Surat collection.