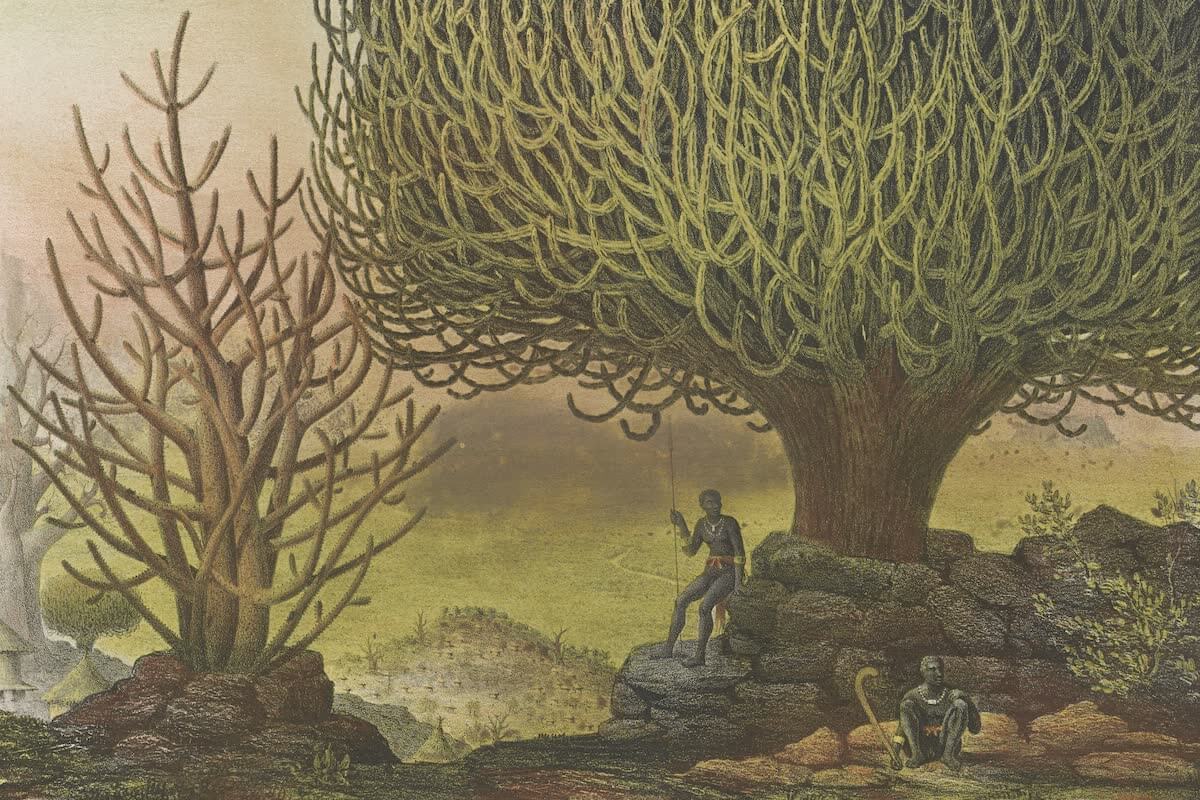 Sudan (so?o-dän?), a vast region in Africa, stretching from the Atlantic to the Red Sea and from Egypt and the Sahara almost to the equator. The Arabic name, Beled-es-Sudan, means Land of the Blacks. It is the home of the true negro race. Its area is estimated at 2,000,000 square miles, its population at 20,000,000. There are three divisions — eastern, western and central Sudan. Eastern Sudan is sometimes called the Egyptian Sudan, which until 1882 was a province, with Khartum for its capital.

It is now divided into 13 provinces, which are subdivided into districts and include Bahr-el-Ghazal, Berber, Blue Nile, Khartum, Kordofan, Red Sea, Senaar, Upper Nile, White Nile and other provinces. (Darfur, though within Egyptian Sudan and paying tribute, has a hereditary sultan and manages its internal affairs almost independently.) The regions watered by the Nile are very fertile, yielding great crops of cotton, indigo, sugar, rice, corn and tobacco. Other parts are bare, though covered with grass in the rainy season, when they afford pasture to large flocks of camels, sheep and goats. Other products are ivory, ostrich-feathers, gums, india-rubber, iron, gold, honey and wax.

Egyptian Sudan covers 950,000 square miles, and has a population of about 2,000,000. The Egyptians for 60 years after 1819 extended their power over the regions around Khartum and even to the Wellé and to Lake Victoria, but in 1877 and 1882 the native tribes rebelled. General Gordon, sent out by the English government to the help of Egypt, was shut up in Khartum, and his mission ended in disaster. In 1896 the Anglo-Egyptian army again sought to recover the lost provinces, and after two years were successful.

A convention between the British and Egyptian governments followed, in which it was agreed that they should govern Sudan jointly through a governor-general. Khartum is in railway and telegraphic communication with Cairo, and on Dec. 12, 1899, Sudan was declared open for general traffic. Western Sudan includes the valleys of the Niger, Senegal and other rivers draining into the Atlantic and the countries known as French Sudan. Central Sudan covers the valleys of the rivers that drain into Lake Tsad. Consult Schweinfurth's Heart of Africa and Nachtigal's Sahara and Sudan.

There are no works available for the Sudan collection.