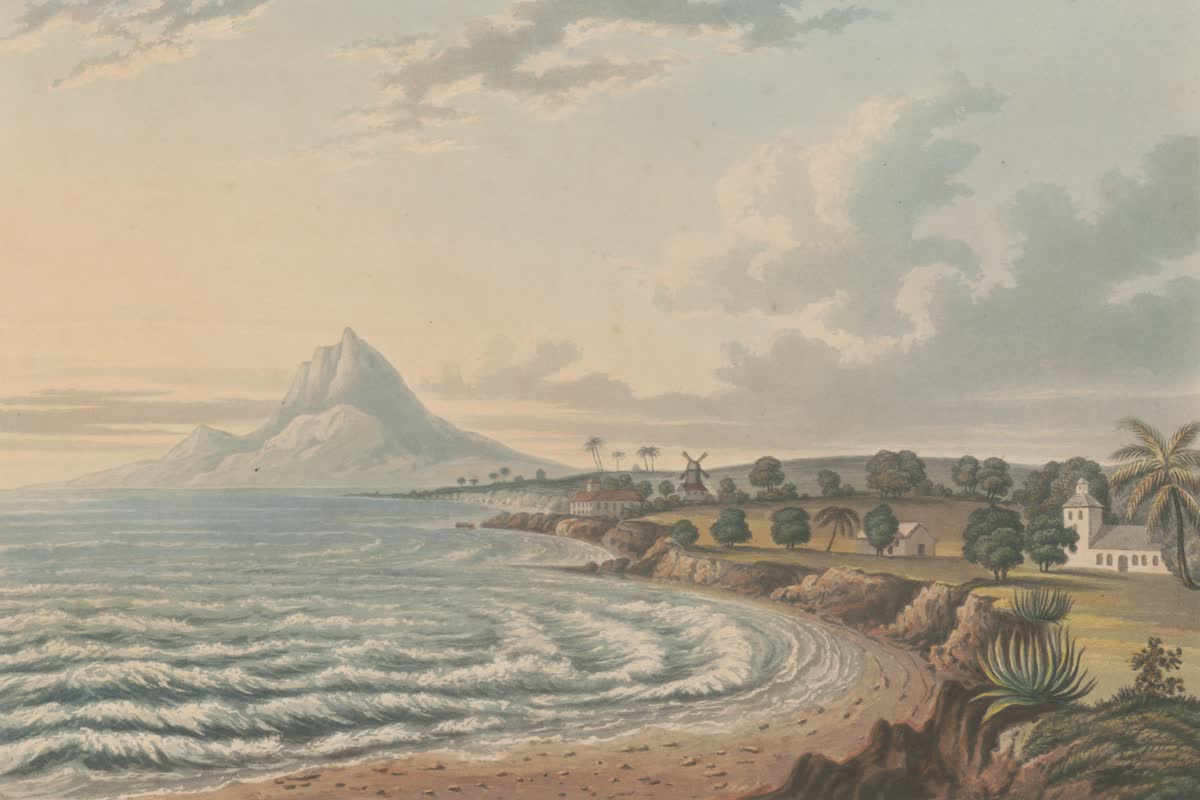 ST KITTS, or St Christopher, an island in the British West Indies, forming, with Nevis and Anguilla, one of the presidencies in the colony of the Leeward Islands. It is a long oval with a narrow neck of land projecting from the south-eastern end; total length 23 m., area 63 sq. m. Mountains traverse the central part from N.W. to S.E., the greatest height being Mount Misery (3771 ft.). The island is well watered, fertile and healthy, and its climate is cool and dry (temperature between 78° and 85° F.; average annual rainfall 38 in.).

The circle of land formed by the skirts of the mountains, and the valley of-Basseterre constitute nearly the whole of the cultivated portion. The higher slopes of the hills afford excellent pasturage, while the summits are crowned with dense woods. Sugar, molasses, rum, salt, coffee and tobacco are the chief products; horses and cattle are bred. Primary education is compulsory. The principal towns are Old Road, Sandy Point and the capital Basseterre, which lies on the S.W. coast (pop. about 10,000). One good main road, macadamized throughout, encircles the island. The local legislature consists of 6 official and 6 unofficial members nominated by the Crown. St Kitts was discovered by Columbus in 1493 and first settled by Sir Thomas Warner in 1623. Five years later it was divided between the British and the French, but at the Peace of Utrecht in 1713 it was entirely ceded to the British Crown. Population, mostly negroes, 29,782.

The arable lands, comprising in all only 6,000 acres, are well cultivated. Sugar is the staple, and with molasses and rum forms the bulk of the exports. The exports in 1870 amounted to £64,119, the imports to £54,286. The public revenue in 1872 was £7,776, the expenditures £10,477. The island is governed by a president, an executive council, and a legislative assembly of 11 members. Charlestown, on the S. W. coast, is the capital and principal town, and has a good roadstead. Nevis was colonized by English emigrants from St. Christopher in 1628, was taken by the French in 1706, and restored by the peace of Utrecht; it was taken by them again in 1782, but restored by the peace of 1783. It was the birthplace of Alexander Hamilton.

There are no works available for the St. Kitts collection.