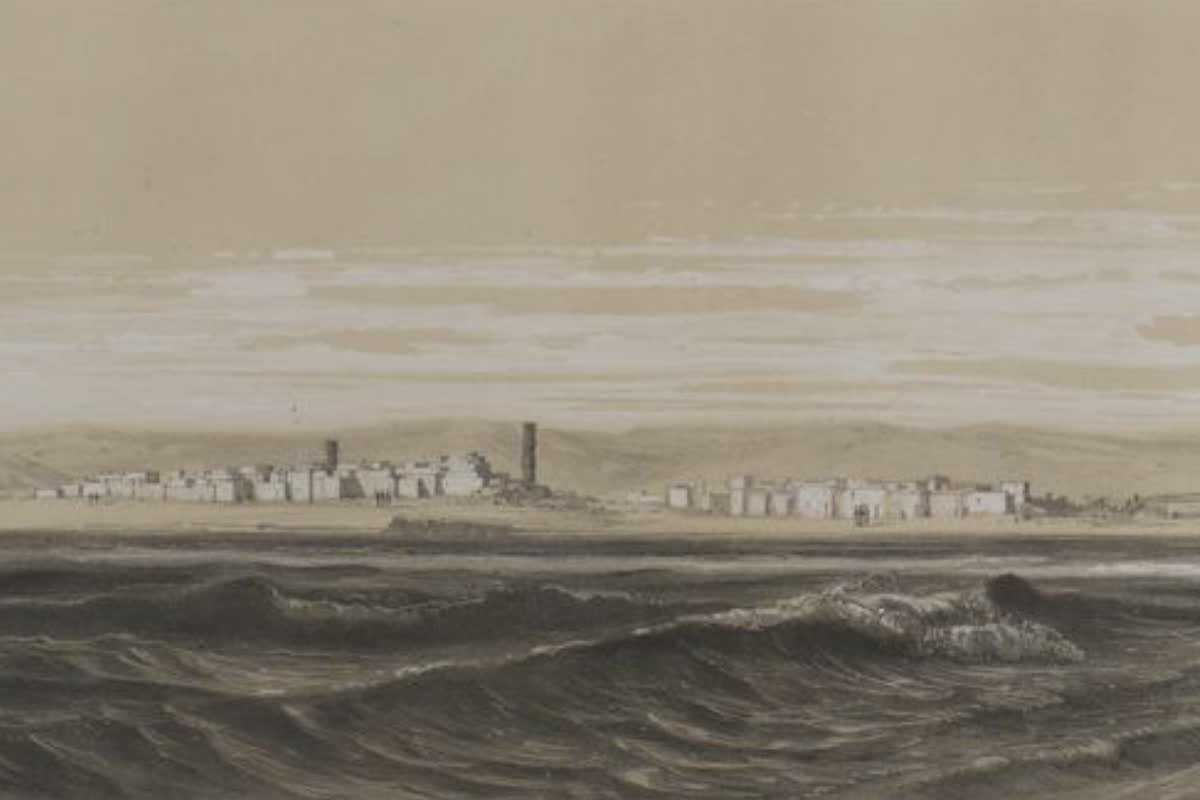 SOMALILAND, a country of East Africa, so named from its Somali inhabitants. It is also known as the “Eastern Horn of Africa,” because it projects somewhat sharply eastwards into the Indian Ocean, and is the only section of the continent which can be spoken of as a peninsula. In general outline it is an irregular triangle, with apex at Cape Guardafui.

From the apex the north side extends over 600 m. along the south shore of the Gulf of Aden westwards to Tajura Bay, and the east side skirts the Indian Ocean south-west for over 1000 m. to the mouth of the Juba. Somali also inhabit the coast region and considerable areas inland, as far south as the Tana river. The country between the Tana and Juba rivers now forms part of British East Africa, and in this article is not included in Somaliland. Inland the limits of Somaliland correspond roughly with the Shoan and Harrar Hills, and the Galla district south of Shoa and east of Lake Rudolf.

The 40° east may be taken as the western limit of Somali settlements. The triangular space thus roughly outlined has a total area of about 356,000 sq. m. The population is estimated at about 1,100,000, but no trustworthy data are available. It is partitioned between Great Britain, Italy, France, and Abyssinia. Somaliland was not generally adopted as the name of the country until the early years of the 10th century. The northern and central districts were previously known as Adel, the north-east coast as Ajan. By the ancients the country was called regio romataica, from the abundance of aromatic plants which it produced.

The Somali coast, as has been seen, early fell under Moslem influence. The towns on the eastern seaboard, of which Mukdishu and Brava were the chief, formed part of the Zenj “empire” (see Zanzibar) and shared its fate, being conquered in turn by the Portuguese (16th century), the imans of Muscat (17th century), and the sultans of Zanzibar (1866). On account, probably, of the inhospitable nature of the shore the northern portion of the protectorate appears to have been little subject to hostile invasion. By treaties with Somali sultans in 1889 and by subsequent agreements with Great Britain, Zanzibar and Abyssinia, the coast east of the British Somali protectorate fell within the Italian sphere of influence.

Thereafter the Italian government assumed the direct administration of the ports, a purely commercial undertaking replacing the Benadir Company. In 1905 also Great Britain leased to Italy a piece of land near Kismayu to facilitate communications with the Benadir country. In 1908 a royal decree placed that part of the country between the Juba and the sultanate of Obbia under a civil governor.

A notable event in the co-operation of the Italian authorities in the campaigns against the Mullah Abdullah. In 1904 negotiations were opened with the mullah by the Italians, and by arrangement with the sultan of Obbia and the sultan of the Mijertins the territory between Ras Aswad and Ras Bowen, which was claimed by both parties, was handed over to the mullah. This region, that of the lower Nogal, included the port of Illig.

Here Mahommed b. Abdullah established himself under Italian surveillance, and by an agreement dated the 5th of March 1905, peace was declared between the mullah, the Italians, British and Abyssinians, and all other Somali tribes. In 1908–1909, however, fighting was renewed, the mullah and the Mijertins failing to agree. Italian (native) troops were sent to the district to restore order. The mullah also attacked tribes living in the British protectorate.

The station of Lugh, the most advanced point occupied by Italy, had been founded by Captain Bottego in 1895. After the treaty of Adis Adowa, recognizing the independence of Abyssinia, had been concluded in 1896, negotiations were opened for defining the Italian-Abyssinian frontier in the Somali regions. In 1897 an agreement was come to that from the point on the British Somaliland frontier where 47° E. intersected 8° N. the frontier line should be drawn, at a distance of about 180 m. from the Indian Ocean, to the Juba.

At the close of 1907 the Negus Menelik, in return for a pecuniary indemnity (£120,000), agreed to a modification of the 1897 line, whereby the Italian protectorate was extended north of Lugh to Dolo. From Dolo the frontier goes east to the Webi Shebeli, whence the 1897 line is followed to the British-Abyssinian frontier. By this arrangement (ratified by a convention dated the 16th of May 1908) the Benadir coast obtained a suitable hinterland.

There are no works available for the Somaliland collection.