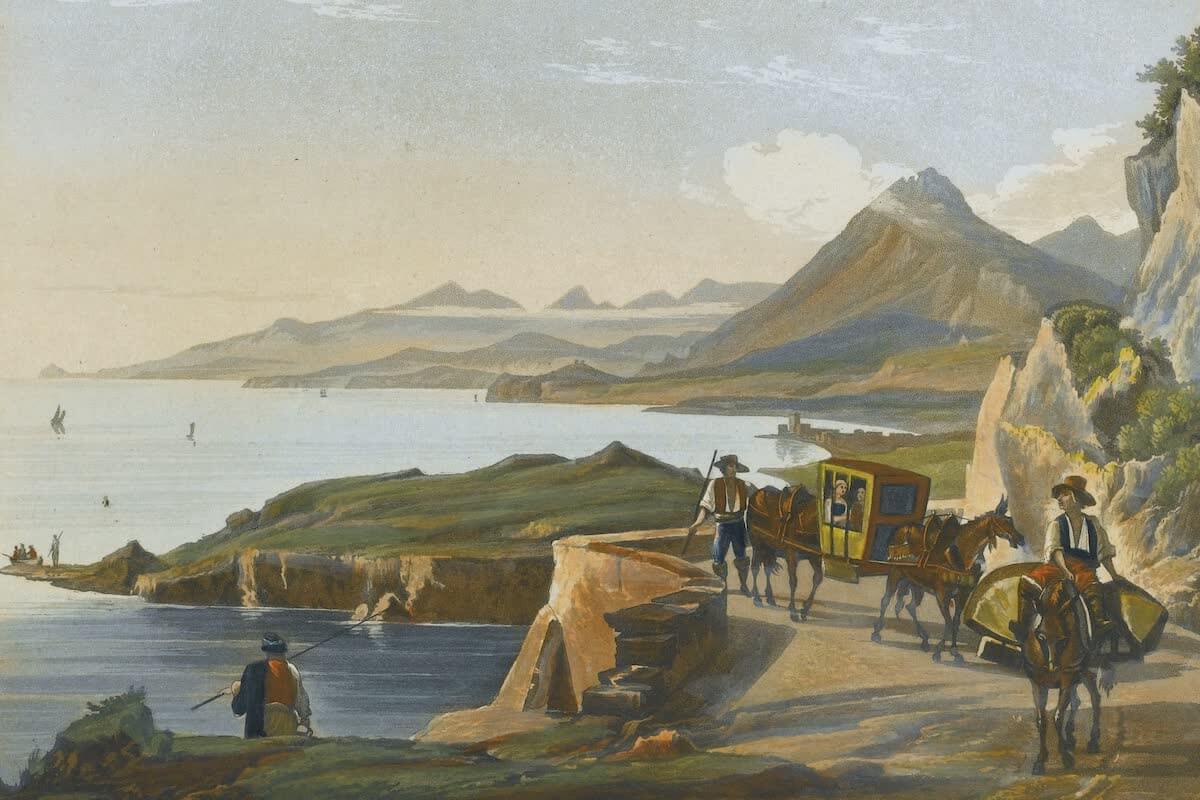 Sicily, the largest island in the Mediterranean, is the most populous and the most fertile. It lies off Italy, separated by the Strait of Messina, two miles wide. THE Two SICILIES, a kingdom of southern Italy, included Sicily, several smaller islands and the kingdom of Naples.

There were early Phoenician settlements, but the real settlers were Greek colonists who founded cities on the eastern and southern coasts from 735 to 579 B. C. The first struggle with Carthage, which ended for 70 years by the great victory at Himera over Hamilcar in 480, was followed by a Phoenician invasion under Hannibal (not the great Hannibal), but Dionysius the Tyrant checked the Carthaginian conquests.

In 210 B. C. the island became a Roman province. It was conquered by the Vandals in 440 A. D., ceded to Theodoric, and regained by Belisarius (535). The Saracen occupation, dating from 827, lasted until the Normans took possession in struggles lasting from 1038 to 1090. The Norman, Roger, Count-of Sicily, in 1130 took the title of King of Sicily and Italy. In 1194 the crown went by marriage to the German emperor until 1264, when Pope Urban IV, a Frenchman, gave Sicily to Charles, Count of Anjou. Manfred, the last native ruler, died fighting against the invader, and his son-in-law, Peter of Aragon, continued the contest, ending with the crowning of his son, Frederick, in 1296.

The contests of France and Spain for Sicily and Italy continued, and in 1502 Ferdinand of Aragon defeated the French at Mola and became king of Naples and Sicily. The peace of Utrecht (1713) gave Sicily to the duke of Savoy, who in 1720 exchanged it with Charles VI of Austria for Sardinia, but in 1738 Don Carlos of Spain was king of the Two Sicilies. The Bonaparte rule began with the taking of Naples in 1798, lasting until 1808, when Ferdinand IV was allowed to remain king of Sicily, afterwards taking by the treaty of Paris his old kingdom of the Two Sicilies. At last, on May n, 1860, Garibaldi, with his thousand heroes, took Palermo and entered Naples in triumph, and the people by popular vote joined themselves to the Sardinian kingdom. The chief cities of Sicily are Palermo (population 309,694), Messina (149,778) and Catania (149,295).

Area and Surface. It covers 9,935 square miles and is shaped like a triangle. Sicily is a plain, 500 to 1,900 feet above the sea, crossed in the northern part by a chain of mountains, the loftiest peak being 6,467 feet high. From the center of the chain a range branches off, going through the heart of the island to the southeast. The lower mountain-slopes are usually covered with groves of oranges and olives, and the plain with fields of wheat. Mt. Etna rises from the vineclad plain of Catania, 10,850 feet, with a base of 400 square miles. The climate is warm except in the mountain-regions.

Natural Resources. Magnificent forests of oak, ilex, beeches, chestnuts and pine are still found, though many have been recklessly destroyed. Dates, figs, almonds, lemons, olives, pomegranates and grapes are very abundant. The wheat of Sicily is one seventh that of all Italy, and the barley one half of the crop of the kingdom. The only mineral product is sulphur, of which there are some 300 mines. Sardine-fisheries employ a large number of persons.

Industry. It manufactures two thirds of the wine of Italy, and exports a large amount of sumac for tanning. Manufactures, however, are few — mainly cement, crockery, gloves, macaroni, soap, some silk, cotton, woolen and linen goods; glass, oilcloths and leather are produced. Rapid progress is being made in railroad-building, and 500 miles are in operation.

People. The population numbers 3,683,380. The people are devout but superstitious, and three fourths of them cannot read. Elementary education is compulsory, however, for children between six and nine; and, though this law is by no means strictly enforced, school-attendance is steadily increasing.

Consult E. A. Freeman's History of Sicily; his shorter history in the Story of the Nations Series; and Frances Elliot's Diary of an Idle Woman.