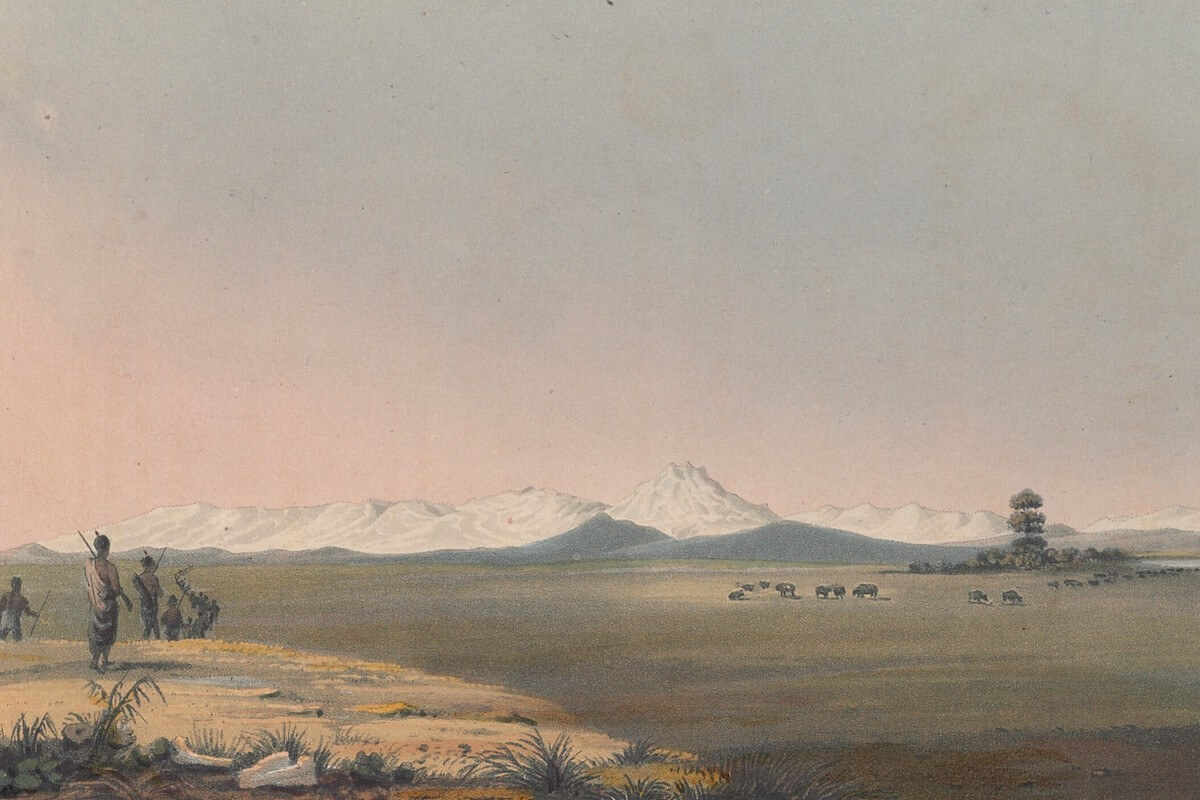 Rocky Mountains, a vast system of ranges in the western portion of the United States and the British possessions. They are a continuation of the Cordilleras of Mexico. The greatest breadth of this system in the United States is 1,000 miles, and their total area is nearly 1,000,000 square miles. From 32° N. to 40° N. the ranges bear nearly north and south; between 40° and 45° their course is northwest; then, after a more northerly bend, they keep a course nearly parallel with the Pacific, but have many detached ranges and peaks.

In British Columbia Mt. Brown rises 16,000 feet, Mt. Hooker 15,700 and Mt. Logan 19,500. The central range of the Rocky Mountains forms the ridge which divides the rivers falling into the Pacific from those falling into the Arctic Ocean, Hudson Bay and the Gulf of Mexico; but between the eastern and western ranges lie Utah and Nevada, in which are rivers having no outlets except such lakes as Great Salt Lake in Utah and Humboldt Lake in Nevada.

There are no works available for the Rocky Mountains collection.