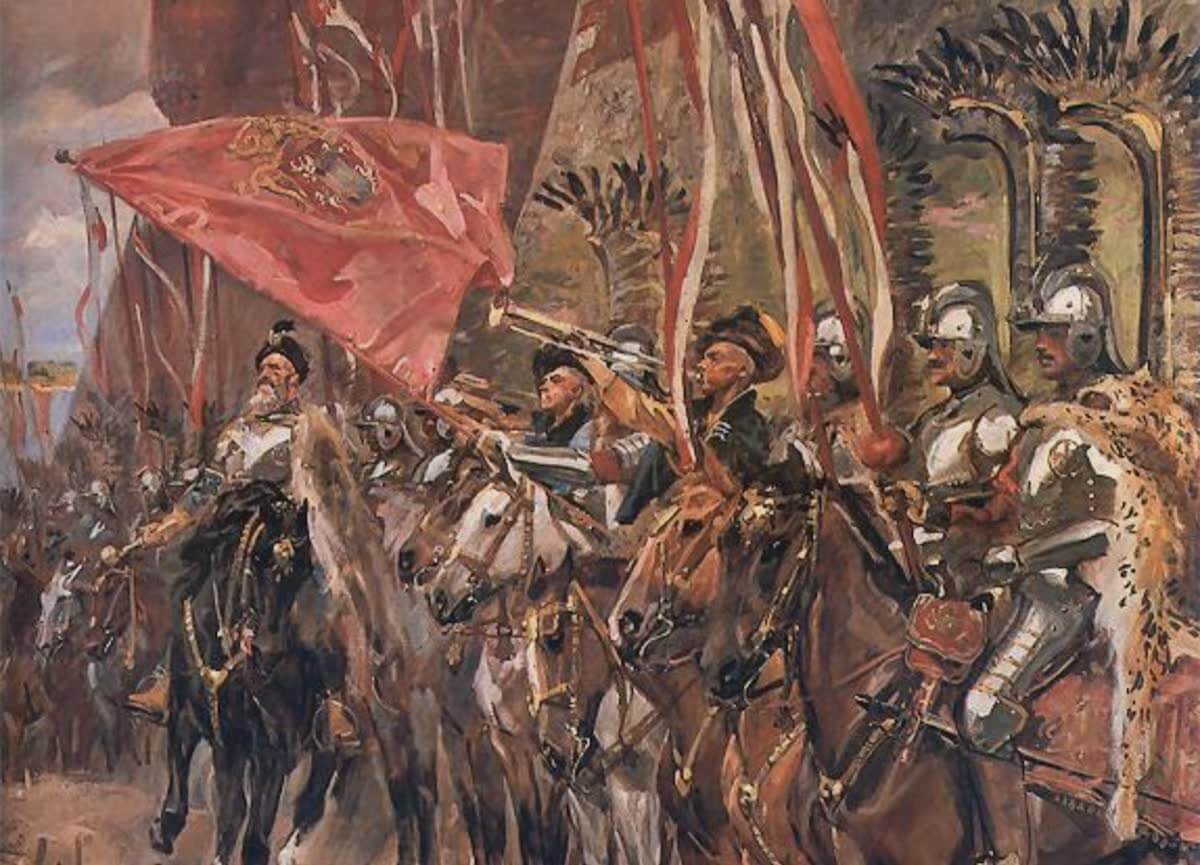 Its greatest length from north to south was a little more and from east to west a little less than 700 miles, embracing an area of about 280,000 square miles. This extensive tract (now greatly contracted) is crossed only by one range of hills, which rises from the north of the Carpathian Mountains and runs northeastward, forming the watershed between the rivers which flow into the Baltic and Black Seas.

Much of the soil is rich pasture-land, and considerable is occupied with forests of pine, birch and oak. There is no real Polish history till the reign of Mieczyslaw, 962–92. He became a convert to Christianity, and Poland took her place as one of the political powers, which she continued to hold till the close of the 18th century, when her independence was destroyed and her territory divided between Austria, Russia and Prussia.

The first partition of Poland took place in 1772, when Russia seized 42,000 square miles of her territory, Prussia 13,000 and Austria 27,000. In 1793, after a fruitless resistance to the united forces of Russia and Prussia, Poland suffered another loss of territory, Russia taking possession of 96,000 square miles and Prussia of 22,000. The Poles became desperate, and there was a general uprising of the people against the invaders. The Prussians were compelled to retreat to their own country, and the Russians were several times routed. But Austria engaged in the contest, and fresh Russian troops also arrived.

Kosciusko being defeated and taken prisoner at the battle of Maciejowice, the Russians entered Warsaw (1813) and the Polish kingdom came to an end. In the third and last partition of Poland the remainder of the country was divided as follows: Russia, 49,018 square miles (all of Poland she now owns); Prussia, 21,000; Austria, 18,000. King Stanislaus resigned his crown, and died at St. Petersburg in 1798.

The main causes of the downfall of Poland, in addition to the greed and selfishness of the European powers, were the want of union and patriotism among the nobles; the want of a national middle-class, the trade of the country being almost entirely in the hands of the Jews and Germans; the intolerance of the Jesuits; the weakness of the kings; and the want of natural frontiers.

To-day Poland forms a government department of Russia, embracing ten provinces and a population of 11,671,800. In 1864 it was deprived of its administrative independence. In 1868 it was incorporated as an integral part of the czar’s dominions; trial by jury was abolished, and the official use of Polish prohibited. There are two main parties: the Nationalists and the Socialists, both equally opposed to Russian government.

There are no works available for the Poland collection.