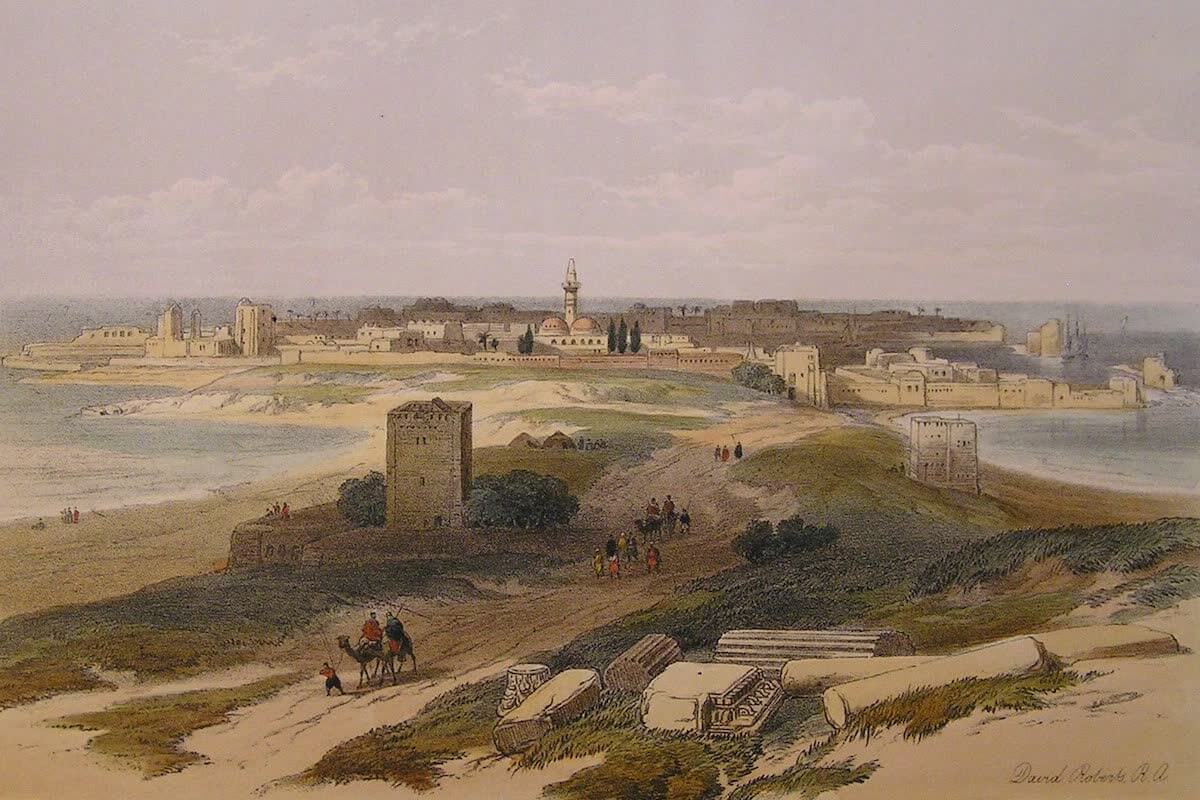 Phœnicia (f?-n?s?i-a), a territory on the eastern coast of the Mediterranean, north of Judea. The boundary lines differed at different times, but its length generally was about 200 miles and its average width about 20 miles. It is impossible to say when the first Phœnician settlers entered the country; but it is generally conceded that they came, not from one region, but from several different directions, and that they grew into one nationality very slowly.

The history covers nearly 2,000 years; and, although our sources of information are meager, it may be divided into four distinct periods. The first of these comprises the immigration and gradual development of the tribes until the historical time when Sidon began to take the lead, about 1,500 B. C. The second period dates from the conquest of Palestine by the Hebrews, when Sidon had already become the “first born of Canaan,” as recorded in Genesis. The flourishing state of commerce and manufactures is seen from many passages in Homer.

The gradual ascendency of the rival city of Tyre marks the beginning of the third period, in which Phœnicia attained her greatest power and glory, her ships covering every sea and her commerce extending far and wide. During the reigns of David and Solomon (980-917 B. C.) friendly relations existed between the Israelites and the Phœnicians under Hiram, king of Tyre. As each country needed what the other could supply, a close alliance was formed, between Hiram and Solomon especially, Hiram furnishing a portion of the material for Solomon's temple.

By this time, too, the Phœnicians had not only planted colonies on the coasts and islands of the Ægean and Mediterranean Seas, but had passed through the Strait of Gibraltar and established themselves on the western coast of Spain and of Africa, while their alliance with the Hebrews permitted them to find their way to the Indies by the Red Sea. Although at first they traded in the wares of Egypyt and Assyria, they soon became manufacturers on an extensive scale. Their two chief manufactures were glass (q. v.) and the purple dye obtained from a shellfish of the Mediterranean.

Purple was one of the most noted luxuries of ancient times — especially in Asia. In temples and palaces purple garments, hangings, curtains and veils were used extensively; and in Susa alone Alexander the Great found a store of purple worth 5,000 talents. Sidon's principal production was glass — invented there by accident, it was said; but most probably the invention came from Egypt. The mining operations of the Phœnicians were extensive; and they well-understood how to work metals. The description of mining in Job xxviii. 1-11, must have been derived from a sight of Phœnician mining.

The art of pounding bronze had certainly reached a high degree of perfection to enable Hiram to execute such works for Solomon's temple as are described in the Bible. Hiram's reign seems to have been the beginning of the end of Phœnicia's prosperity and glory. He was succeeded by his son Baleastartus, who died after a reign of seven years, and a long series of political calamities and civil wars then ensued. The fourth and last period of Phœnician history may be dated from the middle of the 8th century B. C., when Shalmaneser, king of Assyria, besieged Tyre for five years without being able to take it.

Peace was concluded on terms favorable to Tyre; but two centuries later Phœnicia was conquered by Assyria. She was afterwards conquered by Nebuchadrezzar, and remained subject to Babylon until the capture of that city by Cyrus the Great, when she became a part of the Medo-Persian empire. When Persia was conquered by Alexander the Great, the last shadow of Phœnicia's independence passed away. Since 65 B. C. the Phœnician territory has been a part of Syria. The religion of the Phœnicians was like that of all ancient Semitic religions — except that of the Hebrews — a kind of pantheistic worship of nature, their two principal deities being Baal and Astarte.

There are no works available for the Phoenicia collection.