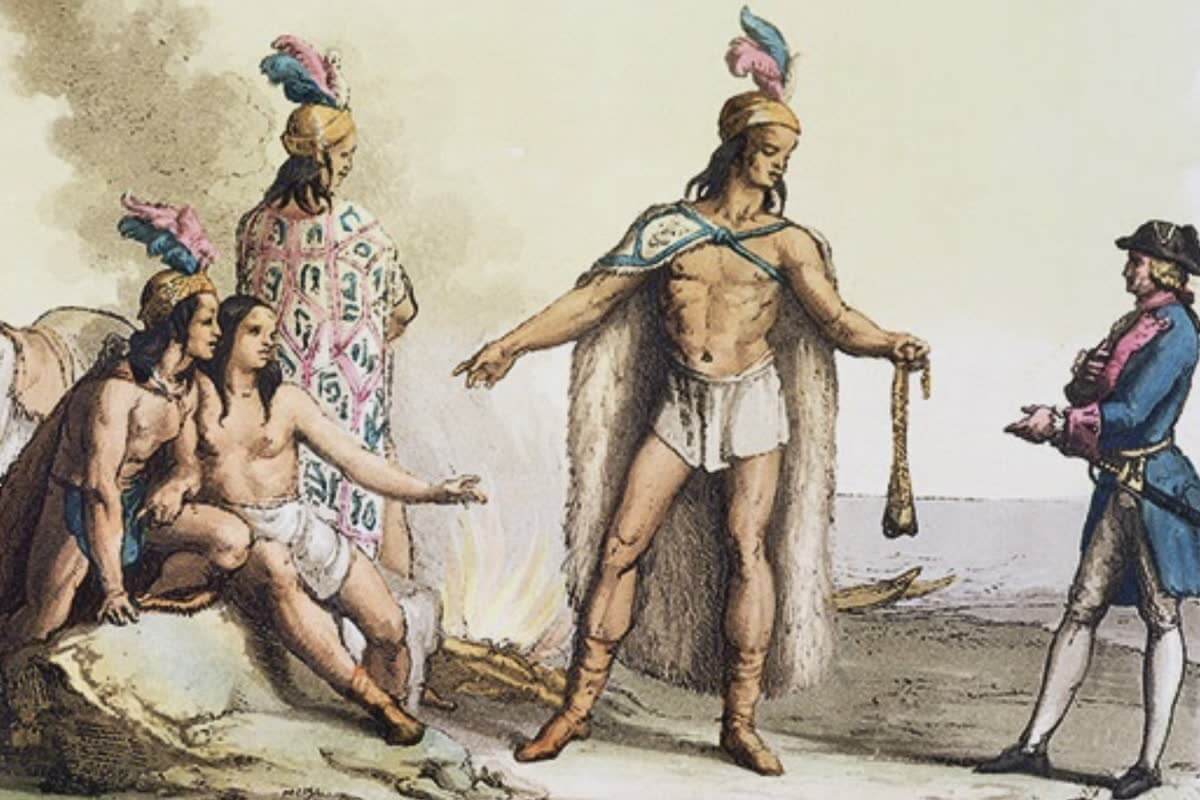 Patagonia, as the most southern country of South America was once called, extends south from the Argentine republic 1,000 miles to the Straits of Magellan, which separate it from Tierra del Fuego. The Andes divide the country into two parts, the eastern area of which now belongs to the Argentine republic and the western to Chile. To-day Patagonia is but a geographical term.

The western portion is rugged and mountainous, with islands and cliffs along the Pacific coast, which give it a wild outline. The strip of shore along the Pacific from the Andes is so narrow that there are no rivers longer than 13 miles. The temperature varies from 50° to 33°, summer and winter, and is very damp. Coal is mined at Punta Arenas, where Chile has a colony and penal settlement.

Eastern Patagonia is not so desolate, but has high plains in some places covered by grass, forests, and shrubs, yet along the Atlantic coast everything is wild. The rivers here are the Negro, Chubut, Deseado, Chico, Santa Cruz and Gallegos, all rising in the Andes. Some horses and cattle are raised, and wild fowl and animals are found in some regions. The inhabitants are Indians, almost a race by themselves, who are tall and straight, hardy, strong and muscularly developed. Some Europeans are found at the settlements at Patagones, on the Chubut and the Santa Cruz. Magellan sailed along the entire coast in 1520, and the great plain was explored by De Isla in 1535.

See works on Patagonia by Falkner, Snow, Pritchard and Musters.