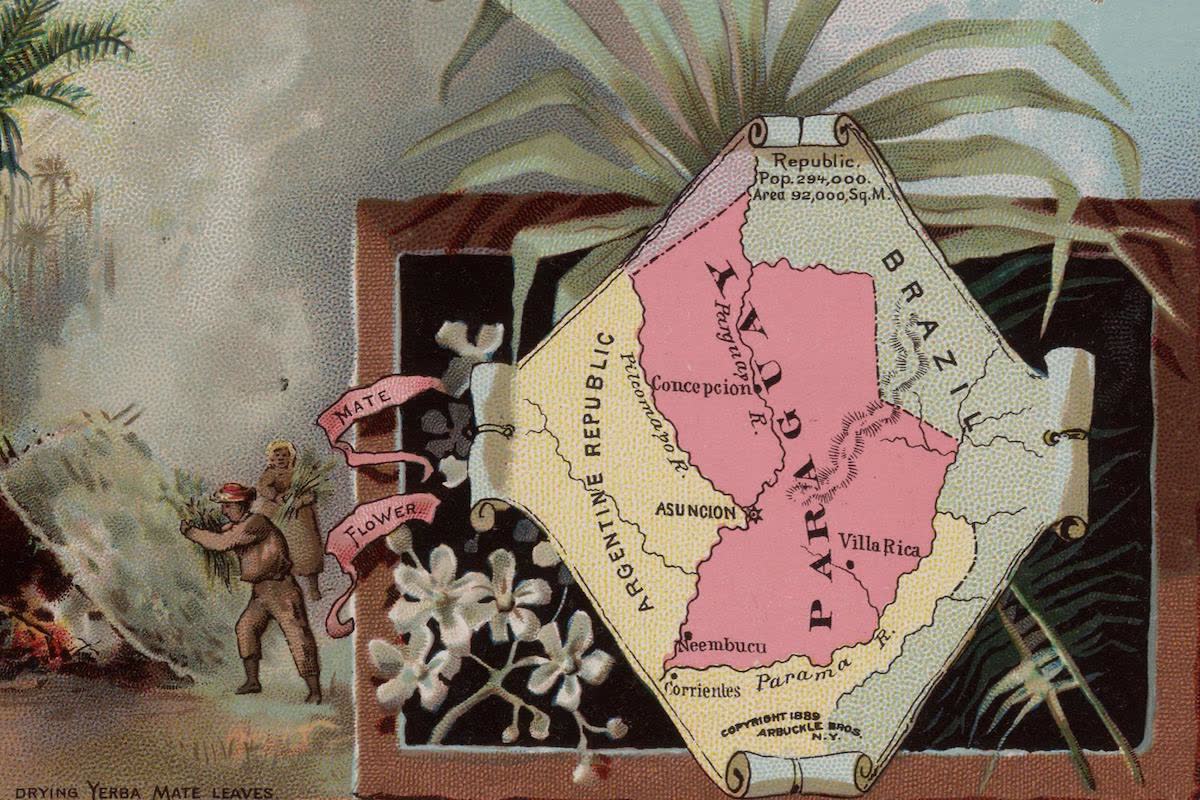 Paraguay (p&'rd-gwi or par'd-gwa), a republic of South America, is divided by the river of the same name into eastern Paraguay or Paraguay proper and western or Chaco Paraguay. The eastern part is bounded on the north by Apa and Estrella Rivers, on the east by Amanbay Mountains and Parana River and on the south by the same river. The boundaries of western Paraguay have not been fully determined. The total area is about 98,000 square miles, and the population, made up of white descendants of the Spanish, of 50,000 Indians, of negroes and of mixtures of all, is 752,000.

The country was discovered by Juan Diaz de Solis in 1515, and the first colony founded by Mendoza in 1535, who built Asuncion and subjected Paraguay to Peru. It fell into the hands of the Jesuits, who administered its affairs until 1768, when they were expelled. In 1810 it declared its independence and elected a dictator, who held office from 1814 to 1840.

Under the new constitution of 1844 Don Carlos was elected president and was succeeded by his son in 1862. This son led the war with Brazil, Argentina and Uruguay, and was killed in battle, March 1, 1870. A new constitution, providing for two houses of Congress, was proclaimed on Nov. 25, 1870, upon which was begun the new presidential term of four years. At Asuncion there is, besides a state college, an agricultural school and model farm.

Surface and Climate. The Amanbay range runs north and south and divides the basins of the Paraguay and Parana whose small tributaries frequently overflow. The northern portion of the country is hilly, broken by palm-dotted plains, but the southern part is one of the most fertile regions of South America. The climate is semitropical. The summer months of December, January and February have a mean temperature of 80.56°, autumn (March, April and May) 72.23°; winter (June, July and August) 64.7°; and spring (September, October and November) 72.7°. Rainfall is abundant, averaging 52.44 inches at Asuncion, and is heaviest during the summer.

The Paraguay Central, 155 miles long, is the only railway. Parana and Paraguay Rivers, with their interlines, afford water transportation from all parts of the country to the sea. Asuncion enjoys direct communication with France, and a Buenos Aires-New York steamship line provides monthly service from Buenos Aires to Asuncion and is about to extend it to Matto Grosso in Brazil. There are 1,130 miles of telegraph.

Resources. Paraguay has a wide area of rich agricultural land, producing corn, coffee, rice, cocoa, indigo, tobacco, manioc and sugarcane. The great forests furnish logwoods, india-rubber and yerba mate, a shrub known as Paraguay tea, which is in general use in South America; also a great variety of woods, many of which are exported. On the grazing lands there are 5,500,000 cattle, 214,060 sheep, 190,416 horses, mules and asses. The 1910 record shows total exports of nearly $5,000,000 during the year. There are deposits of gold, copper, iron ore and other minerals, but they have not been developed.

Government. The president is elected for four years and is ineligible for a succeeding term. There are two houses of Congress, a cabinet, a supreme court, two courts of appeals and minor courts.

See History of Paraguay by Washburn and Vincent's Around South America