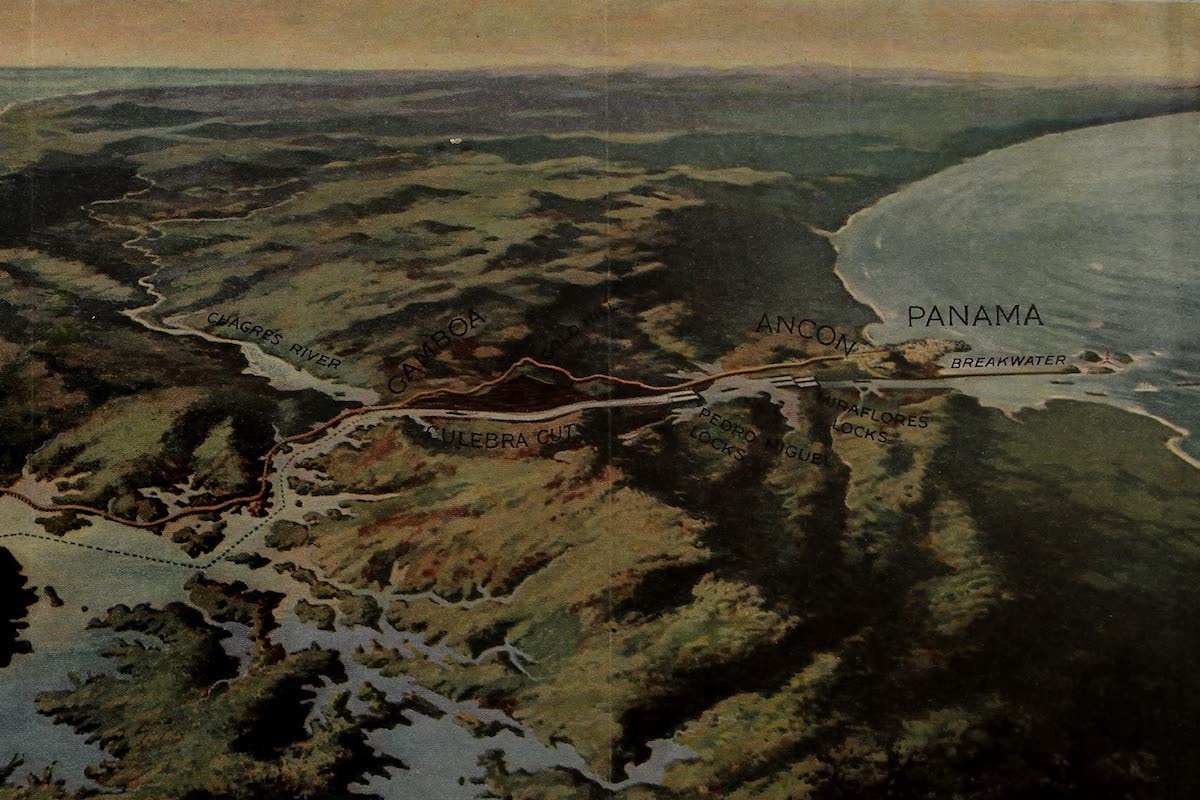 Panama Canal. The building of the Panama Canal may be said to be one of the greatest “military victories,” as it is the greatest engineering achievement in history. Two brilliant engineers, Wallace and Stevens, found themselves so hampered under civil administration that they resigned. It was only when the enterprise was finally placed under control of Colonel G. W. Goethals, of the United States Army, as Chief Engineer and Chairman of the Isthmian Commission, that the work moved forward with extraordinary rapidity. It involved a war against unprecedented natural difficulties, including very unhealthful conditions, and to carry on the “campaign” men and supplies had to be transported 2,000 miles. The average number of men employed was 40,000, nearly half the number in our standing army, and the total cost was approximately $375,000,000.

The two greatest enemies to be overcome were disease—malaria and yellow fever—and the treacherous sliding soil. Under the direction of Colonel W. C. Gorgas, also of the United States Army, the Canal Zone, one of the world's worst plague spots, was transformed. Mosquito breeding pools were filled, paving and sewage systems put in, and screened eating and sleeping places provided. “Today,” says an officer of the Department of Sanitation, “healthy Americans work with vim under the hot sun and play baseball and other games. American women do housework, play tennis, ride horseback and dance enthusiastically, and their chubby little children, born and raised in Panama, play on the lawns.”

How the Great Work was Accomplished.

While modern sanitary methods and an expenditure of $20,000,000 changed living conditions, the sliding soil had to be dealt with to the end. These slides were particularly troublesome in Culebra cut. Sometimes there was iron pyrites in the soil and, this being exposed, created enough heat to prematurely explode the dynamite used in excavation work. “In case the soil was heated to a dangerous extent” writes Colonel Goethals, “it was allowed to cool before loading with dynamite.”

Look at our illustrations and imagine the network of machinery in motion, the high speed cableways carrying building materials back and forth in buckets of three to five tons capacity at the rate of twenty miles an hour, the steam shovels taking up five to six tons with each scoop, 115 locomotives hauling 2,000 cars to the dumps from 1 to 33 miles away, and 21 cars, each carrying 600 tons, being cleared of their loads with plow unloaders in from four to six minutes. In this way you can form some conception of the process by which this great contribution to peace and commerce was actually accomplished in eight years, after being talked about for four centuries and attempted by the unfortunate De Lesseps, who, after six years of heavy expenditure of life, money, heroic devotion and engineering skill, found his brilliant name for a time, though unjustly, involved in the scandal of a company which failed owing nearly $370,000,000.

In 1903, 22 years after De Lesseps' little daughter turned the first spadeful of earth, the United States purchased the rights of the French Company for $40,000,000. Rejection by the Columbian senate of the treaty granting the United States the right to build the Canal led to the revolution of the district of Panama, its establishment as a republic, and the negotiation of the present treaty, which leases a zone 10 miles wide, including the cities of Panama and Colon, with their harbors excepted, in perpetuity. The lease provides for a yearly rental of $250,000 after nine years. The initial payment of $10,000,000 was made and work begun May 4, 1904.

How Ships are “Lifted” Across the Isthmus.

A trip through the canal is an experience you would never forget. If you should take it at night, you would not only find the tropic air much pleasanter, but you would have the interesting experience of riding on a vessel over a grand water “boulevard” 50 miles long, and brilliantly illuminated all the way from Colon to Panama with electric lights.

If you make the passage from the Atlantic side, after a sail of seven miles through Limon Bay, you enter the first of a series of three locks. The two leaves of the great gate which have swung open to let you enter will close and lock you in while water runs into the chamber from the lock above until the water in the two is on a level. Then you will pass through two more locks, and so be raised, step by step, 85 feet.

Now the busy little electric cars which have pulled you through the locks, let go of you and you will sail at full ocean speed across Gatun Lake for 24 miles to Bas Obispo, the entrance to Culebra cut. Then comes a 9 miles' sail to Pedro Miguel where you again enter a lock and begin going “downstairs” to a small lake through which you sail for 1½ miles to Miraflores, where two more locks lower you to sea level and you pass out into the Pacific, 10 to 12 hours from the time you started.

The electricity for operating the locks, as well as for lighting the way and furnishing power for other purposes, is generated by turbines, using water from Gatun Lake. The lock gates are of steel, are 65 feet long, 7 ft. thick, from 47 to 82 ft. high, and weigh from 300 to 600 tons each. Every lock is divided by a middle wall, so that vessels going in opposite directions can pass. Between the gates at either end, as shown in one of our illustrations, is a series of intermediate gates. With these the locks are divided into smaller chambers to save time and water in handling smaller vessels. The usable length of the locks is 1,000 ft., and 95% of sea going vessels are less than 600 ft. long.

The Two Great Purposes of the Canal.

The two great objects of the United States in building the canal were to place her navy in a better position to defend her coasts and to aid the world's commerce. (See Clayton-Bulwer Treaty). It is estimated that by 1915 the freight passing through the canal will amount yearly to 17,000,000 tons; and by 1925 to 27,000,000 tons. Its importance as effecting commerce with Australia and New Zealand may be judged from the fact that commerce between the United States alone and these two countries amounted in 1910 to $46,543,000 and that this was an increase of 68% over the previous decade. Of still greater importance, it is believed, will be the growth of business between the Atlantic-Gulf seaboard and the west coast of South America. For example, it will reduce the distance between New York and Callao 6,250 miles, and between New Orleans and Callao 7,245 miles.

But the greatest of all probably will be the saving in time and freight charges for shipments to and from our own coasts. The saving in distance between New York and San Francisco will be 7,873 miles, and between New Orleans and San Francisco 8,638 miles. The growth of the entire Pacific Coast with its enormously rich and relatively undeveloped resources will undoubtedly go forward with giant strides, far surpassing even its past record—a great past and a greater future, fittingly expressed in the magnificent Panama Exposition in the City of the Golden Gate.

The Climate of Panama.—The Climate of Panama is tropical, with excessive humidity. The dry season extends from January to April, the wet season from May to December. Mean annual temperature, 80°, with maximum and minimum of 89° and 76°. The hottest month of the year is May. The annual rainfall is 40 to 155 inches, depending on the locality. It is heaviest on the Caribbean coast, and decreases as the Pacific Ocean is approached. Northeast winds prevail during the greater part of the year, being strongest during the dry season. Southeast winds prevail during the wet season.