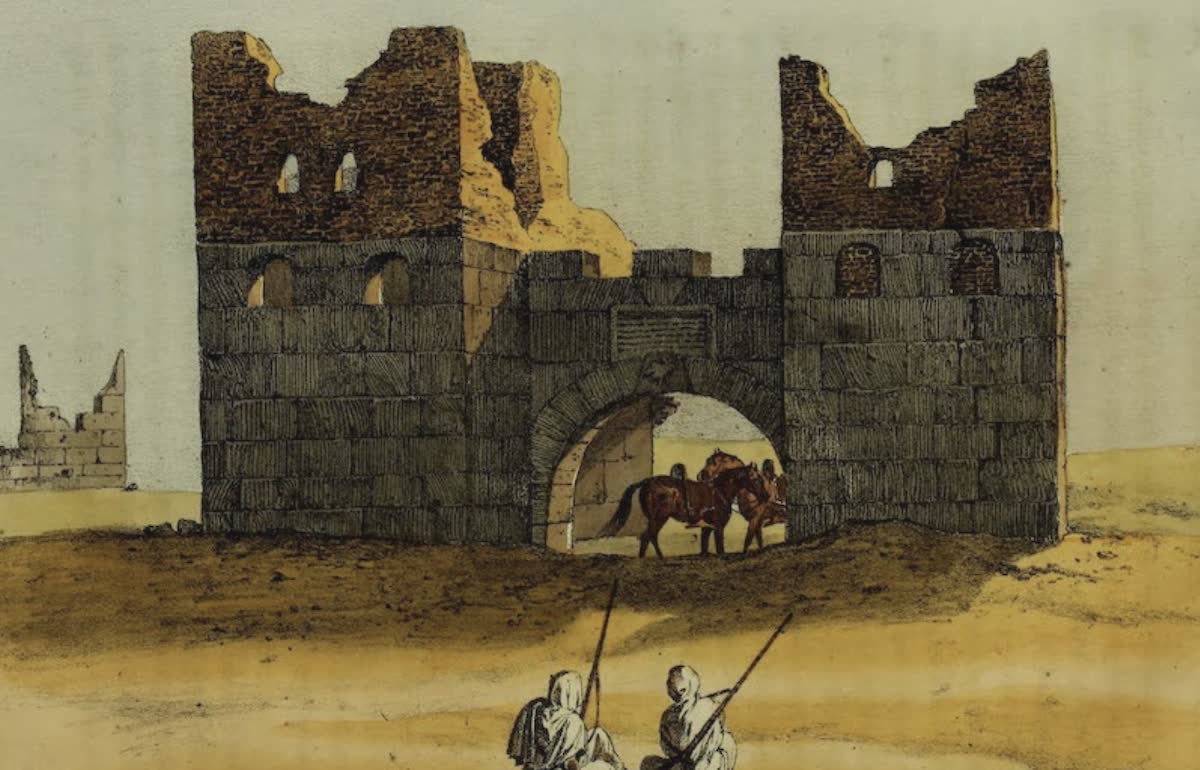 North Africa is a region encompassing the northern portion of the African continent. There is no singularly accepted scope for the region, and it is sometimes defined as stretching from the Atlantic shores of Morocco in the west, to Egypt's Suez Canal and the Red Sea in the east. Others[Like whom?] have limited it to the countries of Algeria, Morocco, and Tunisia, a region that was known by the French during colonial times as "Afrique du Nord" and is known by Arabs as the Maghreb ("West", The western part of Arab World).

The most commonly accepted definition includes Algeria, Sudan, Morocco, Tunisia, Libya and Egypt, the 6 countries that shape the top North of the African continent. Meanwhile, "North Africa", particularly when used in the term North Africa and the Middle East, often refers only to the countries of the Maghreb and Libya. Egypt, being also part of the Middle East, is often considered separately, due to being both North African and Middle Eastern at the same time.

North Africa includes a number of Spanish and Portuguese possessions, Plazas de soberania, Ceuta and Melilla and the Canary Islands and Madeira.[2] The countries of North Africa share a common ethnic, cultural and linguistic identity that is unique to this region. Northwest Africa has been inhabited by Berbers since the beginning of recorded history, while the eastern part of North Africa has been home to the Egyptians.

Between the A.D. 600s and 1000s, Arabs from the Middle East swept across the region in a wave of Muslim conquest. These peoples, physically quite similar, formed a single population in many areas, as Berbers and Egyptians merged into Arabic and Muslim culture. This process of Arabization and Islamization has defined the cultural landscape of North Africa ever since.

North Africa has three main geographic features: the Sahara desert in the south, the Atlas Mountains in the west, and the Nile River and delta in the east. The Atlas Mountains extend across much of northern Algeria, Morocco, and Tunisia. These mountains are part of the fold mountain system that also runs through much of Southern Europe. They recede to the south and east, becoming a steppe landscape before meeting the Sahara desert, which covers more than 75 percent of the region. The tallest peaks are in the High Atlas range in south-central Morocco, which has many snow-capped peaks.

South of the Atlas Mountains is the dry and barren expanse of the Sahara desert, which is the largest sand desert in the world. In places the desert is cut by irregular watercourses called wadis-streams that flow only after rainfalls but are usually dry. The Sahara’s major landforms include ergs, large seas of sand that sometimes form into huge dunes; the hammada, a level rocky plateau without soil or sand; and the reg, a level plain of gravel or small stones. The Sahara covers the southern part of Algeria, Morocco and Tunisia, and most of Libya. Only two regions of Libya are outside the desert: Tripolitania in the northwest and Cyrenaica in the northeast. Most of Egypt is also desert, with the exception of the Nile River and the irrigated land along its banks. The Nile Valley forms a narrow fertile thread that runs along the length of the country.

Sheltered valleys in the Atlas Mountains, the Nile Valley and Delta, and the Mediterranean coast are the main sources of fertile farming land. A wide variety of valuable crops including cereals, rice and cotton, and woods such as cedar and cork, are grown. Typical Mediterranean crops, such as olives, figs, dates and citrus fruits, also thrive in these areas. The Nile Valley is particularly fertile, and most of the population in Egypt live close to the river. Elsewhere, irrigation is essential to improve crop yields on the desert margins.

The inhabitants of North Africa are roughly divided in a manner corresponding to the principal geographic regions of North Africa: the Maghreb, the Nile valley, and the Sahel. The Maghreb or western North Africa on the whole is believed to have been inhabited by Berbers since at least 10,000 B.C.,[19] while the eastern part of North Africa or the Nile Valley has mainly been home to the Egyptians.

Ancient Egyptians record extensive contact in their Western desert with people that appear to have been Berber or proto-Berber. As the Tassili n'Ajjer and other rock art findings in the Sahara have shown, the Sahara also hosted various populations before its rapid desertification in 3500 B.C and even today continues to host small populations of nomadic trans-Saharan peoples.

Over the years, Berbers have been influenced by contact with other cultures: Greeks, Phoenicians, Egyptians, Romans, Vandals, Arabs, Europeans and Africans. The cultures of the Maghreb and the Sahara therefore combine indigenous Berber, Arab and elements from neighboring parts of Africa and beyond. In the Sahara, the distinction between sedentary oasis inhabitants and nomadic Bedouins and Tuaregs is particularly marked.

The diverse peoples of North Africa are usually categorized along ethno-linguistic lines. In the Maghreb, where Arab and Berber identities are often integrated, these lines can be blurred. Some Berber-speaking North Africans may identify as "Arab" depending on the social and political circumstances, although substantial numbers of Berbers (or Amazighen) have retained a distinct cultural identity which in the 20th century has been expressed as a clear ethnic identification with Berber history and language.

Arabic-speaking Northwest Africans, regardless of ethnic background, often identify with Arab history and culture and may share a common vision with other Arabs. This, however, may or may not exclude pride in and identification with Berber and/or other parts of their heritage. Berber political and cultural activists for their part, often referred to as Berberists, may view all Northwest Africans as principally Berber, whether they are primarily Berber- or Arabic-speaking.

Egyptians over the centuries have shifted their language from Egyptian (in its late form, varieties of Coptic) to modern Egyptian Arabic while retaining a sense of national identity that has historically set them apart from other people in the region. Most Egyptians are Sunni Muslim, although there is a significant minority of Coptic Christians.