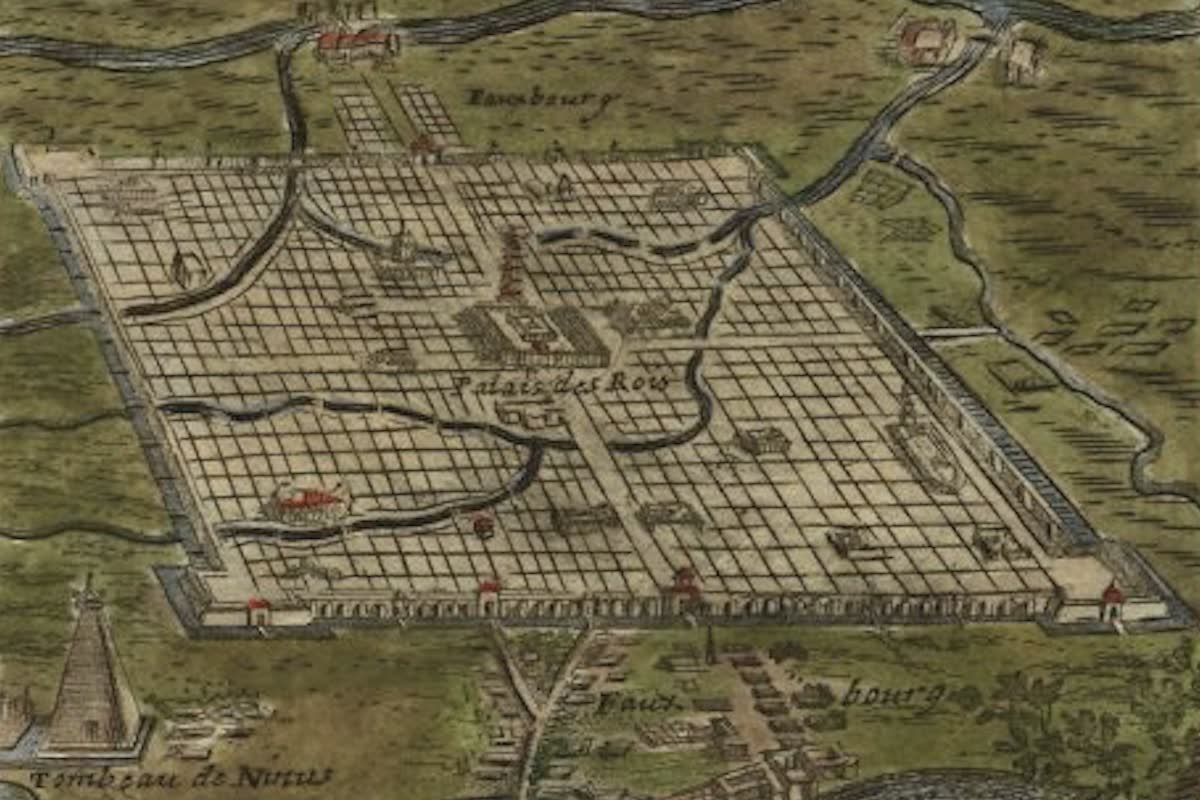 Nineveh was once the famous capital of the Assyrian empire, called Ninâ on the monuments, now a mass of ruins called Kuyúnjik.

Though the city appears to have been entirely destroyed in the fall of the empire, the name of Nineveh continued, even in the middle ages, to be applied to a site opposite Mosul, on the east bank of the Tigris, where artificial mounds and traces of an ancient city wall gave evidence of fallen greatness.

The most elaborate defenses, such as outworks and moats, can still be traced on the southern half of the east side; for this part of the city was most open to attack. It was not until the excavations of Botta in 1842 and of Layard in 1845, that anything definite was learned of the life and history of Assyria from its monuments and library.

Not only have the magnificent remains of Assyrian architecture and sculpture been laid bare, but accompanying cuneiform inscriptions throw much light on the history of the city and its buildings. Nineveh proper was only one of a group of cities and royal residences whose ruins still mark the plain between the Tigris, the Great Záb and the Kházir. Nineveh proper appears to have been the chief seat of empire. But when the book of Jonah speaks of Nineveh as a city of three days’ journey, it is plain that the name is applied to the whole group of cities between the Tigris and the Záb.