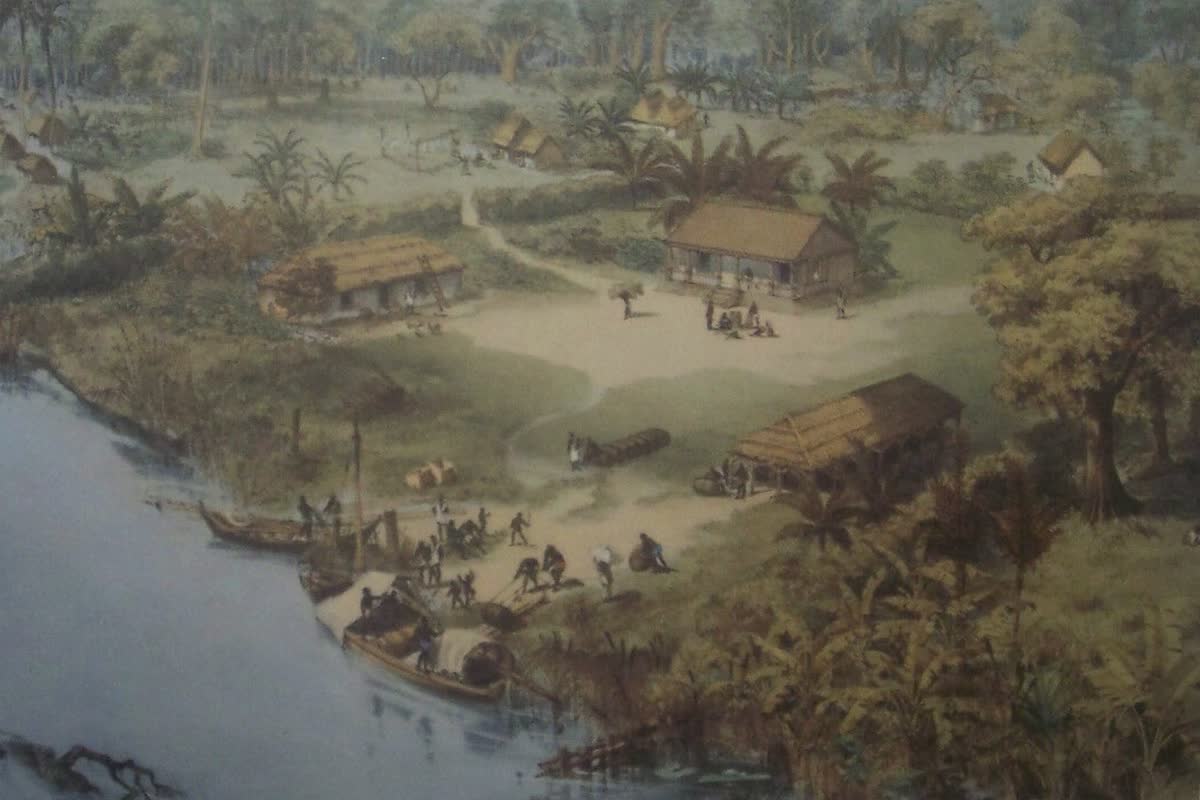 Nigeria, Northern and Southern (formerly the Niger Territories, until Jan. 1, 1900, administered by the Royal Niger Company, but now under the control of the British Crown, along with Lagos colony). Nigeria covers an area in western Africa estimated at 310,000 square miles, with a population placed at 25 millions.

It is bounded on the north by the French Military Territory, on the east by Kamerun, on the south by the Gulf of Guinea and on the west by Dahomé. For administrative purposes this vast region is divided into two governments, those of Northern and Southern Nigeria. They embrace the area once the Fula or Sokoto empire, with the subordinate sultanates of Gandu, Kano, Bornu, Benin, etc., watered by the Niger and its tributaries.

On the Gulf of Guinea the territories have a seaboard of about 120 miles in length, on which are the towns Akassa, at the mouth of the Niger, the British naval headquarters; Bonny, Wari, Old Calabar and New Calabar. A military force is stationed in southern Nigeria, partly at Asaba and partly at Akassa. The capital of Northern Nigeria is Zungeru, a new one in the direction of Kano, eastward toward Bornu, in a healthier and higher region more suitable for Europeans.

Northern Nigeria with 256,400 square miles has a large trade to the mart of Kano by caravan from Salaga in the west, Tripoli, Morocco and the Sahara in the north and Lake Chad and Wadai in the east. The imports are principally cottons, hardware and salt. A light railway runs from Zungeru to Bari-Juko, twenty-four miles, and the survey for its extension to Zaria and Kano is finished. Five stern-wheel steamers, three steam launches and a steam pinnace belonging to the government are on the Niger, and the telegraph runs from the Lagos frontier to Jebba and thence to Lokoja, Zungeru, Zaria and other points, a total of 1,701 miles.

There are no works available for the Nigeria collection.