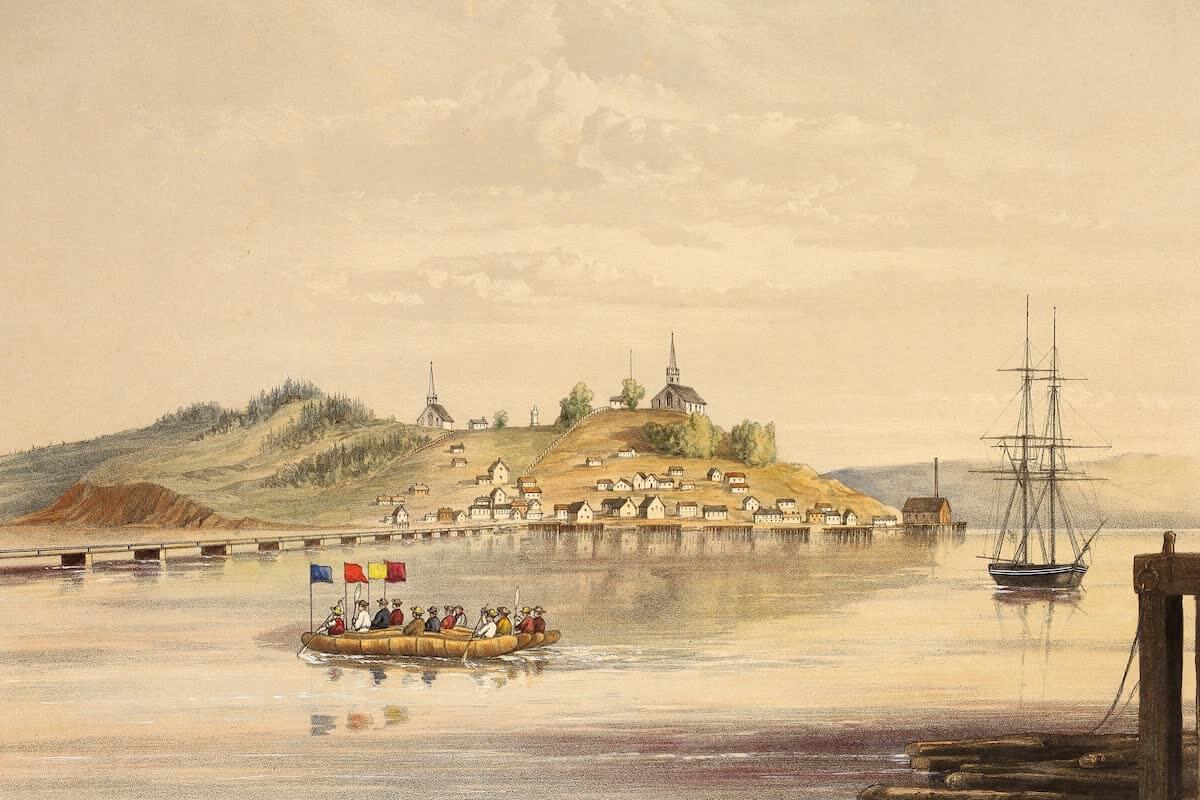 New Brunswick, a province of the Dominion of Canada, is a square, bounded on the south by the Bay of Pundy and an isthmus connecting it with Nova Scotia; on the east by the Gulf of St. Lawrence; on the north by the Bay of Chaleurs and Quebec; and on the west by Maine in the United States. It has an area of 27,500 square miles, little less than that of either Scotland or Ireland, and more than twice the size of Belgium.

The proportion of land cultivable is much higher in New Brunswick than in Scotland, and about as high as in Ireland. The population is 351,815—largely English-speaking, although many Acadians are settled in the northern counties, lending a picturesque variety to the people. In origin there are three and one half times as many British as French. The Roman Catholic church leads in numbers, the Baptist churches next. The larger share of the population is agricultural, and generally owns its own farms. There is still a vast wealth of forestland.

The three principal rivers are the St. John, the Miramichi and the Restigouche. A curious fact is that the headwaters of these three great rivers lie near to each other and the Indians in former days, as the sportsmen in our day, were thus able to pass easily from one to the other, securing thereby a highway to nearly every part of the province. A province so nearly surrounded by water and having such an excellent river system of course has splendid inland and coast navigation. Steamers run to Portland, Boston, uebec and other ports.

The forests are regarded as inexhaustible. Black spruce, the best commercial wood, is largely exported. The province is noted for its game. Moose, caribou and deer are abundant. Its fisheries are among its greatest sources of wealth. The herring is the great commercial fish, though lobsters, smelts and salmon abound. One fifth of the fish caught in Canada are taken in New Brunswick waters by New Brunswick fishermen. St. John, Fredericton and Moncton are its chief cities. The schools receive a grant from the provincial treasury; the rest of their cost being defrayed by local taxation. The provincial university at Fredericton (the capital) also receives a provincial grant and revenues from university lands.

There are no works available for the New Brunswick collection.