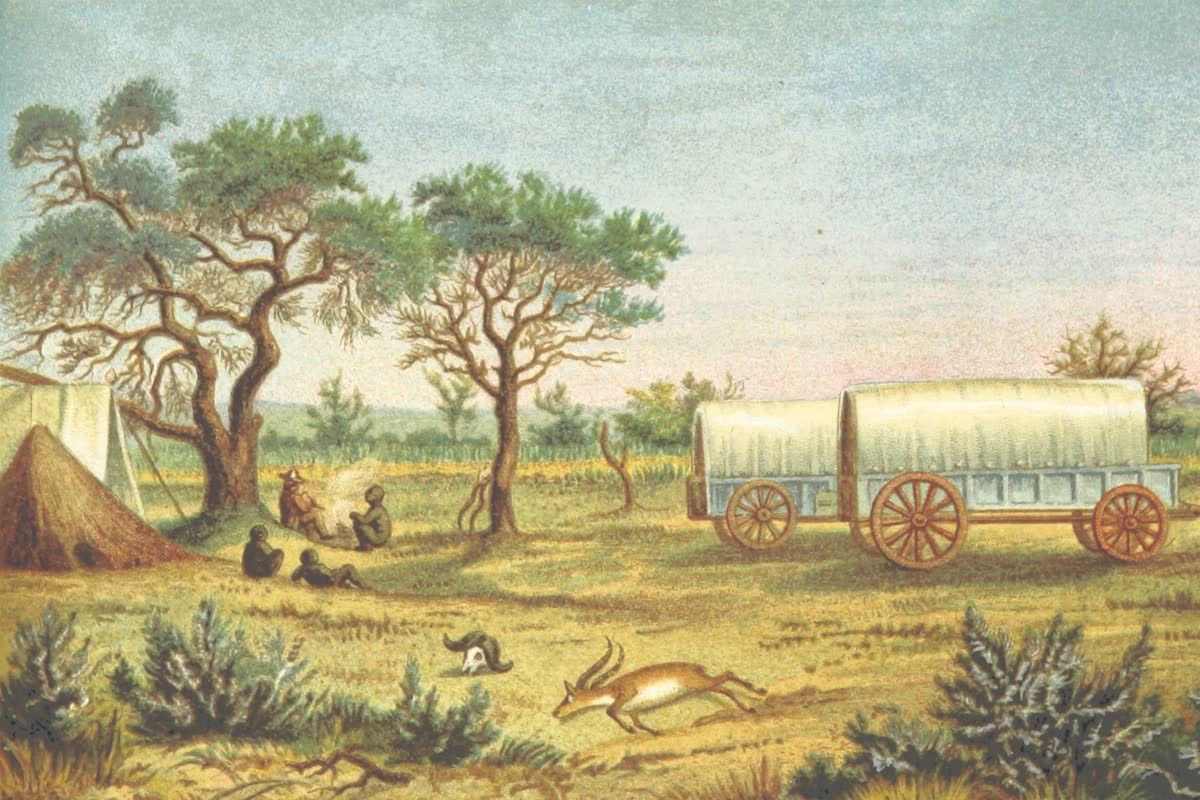 Matabeleland (mat'd-be'le-land), is the name given to an indefinite region lying north of Transvaal and estimated to contain over 60,000 square miles. North of it lies Mashonaland (q. v.); east of it, Portuguese East Africa; and west of it German Southwest Africa. Zambezi River may be considered its northwest boundary. It used to be described as part of Kafraria; but now it forms a part of Rhodesia.

Its population is supposed to be 208,000 natives and about 10,000 Europeans. Its plateaus are well-adapted to agriculture a. d admirably fitted for European settlement. It is rich in mineral resources. Over 13,000,000 acres have been surveyed; even a geodetic survey has been completed; and at Bulawayo, the capital, there are hotels, banks, government offices, public libraries, hospitals, churches and schools. Two or more newspapers are published here.

Bulawayo also is the center of considerable railway building, a line connecting it with Vryburg on the south, opened in 1897; and a section extending 150 miles to the north would have been opened in 1900 but for the war in the Transvaal. A line is laid out through Gwelo to the Zambezi and northward toward Lake Tanganyika. The native population is a branch of the Zulus, physically among the finest of the African races. They formerly lived in Natal, afterward occupying part of Transvaal, but removed to their present site in 1827.

In 1879 the British broke up the confederacy of the Zulus by a hard-fought war; and in 1893 ^ne South Africa Company gave the Matabele a crushing and decisive defeat from which they have never recovered. Matabeleland, on account of its fertile soil, temperate climate and mineral resources, promises to be one of the most important links in the colonies which Great Britain is planting from the Mediterranean to the Cape of Good Hope.

There are no works available for the Matabeleland collection.