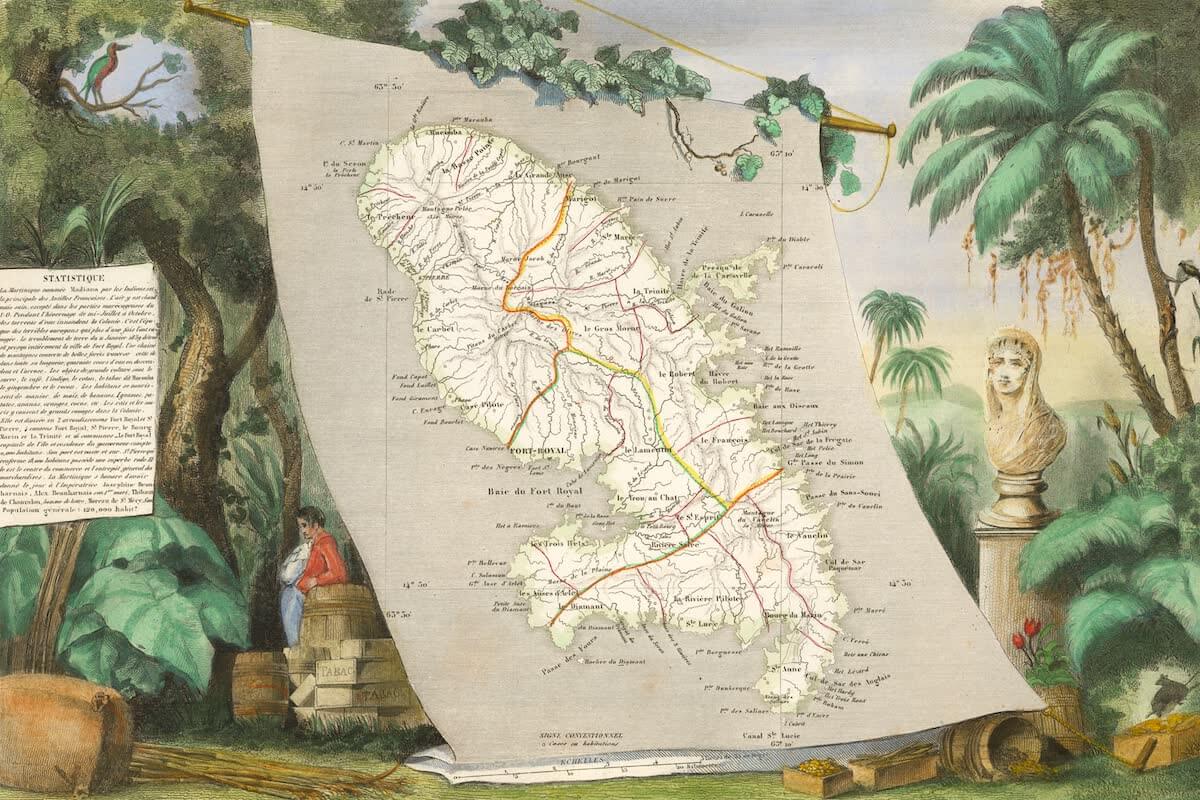 Martinique, a colony of France in one of the Lesser Antilles in the West Indies. It is 43 miles long, from 12 to 20 broad, and covers 380 square miles. The island was discovered by the Spaniards in 1493, settled by the French in 1635, and, except for three short intervals when held by the British, has since 1635 been a French colony. A high, thickly-wooded ridge runs from north to south.

The coast is high and indented, except on the west, where are the main trading town, St. Pierre (population 24,000), and the capital, Fort-de-France (population 27,069), which was nearly ruined by fire in 1890. Half the land tilled is given to sugarcane; the other chief crops are manioc, sweet potatoes and bananas. The principal exports are sugar, molasses, cocoa, coffee and rum.