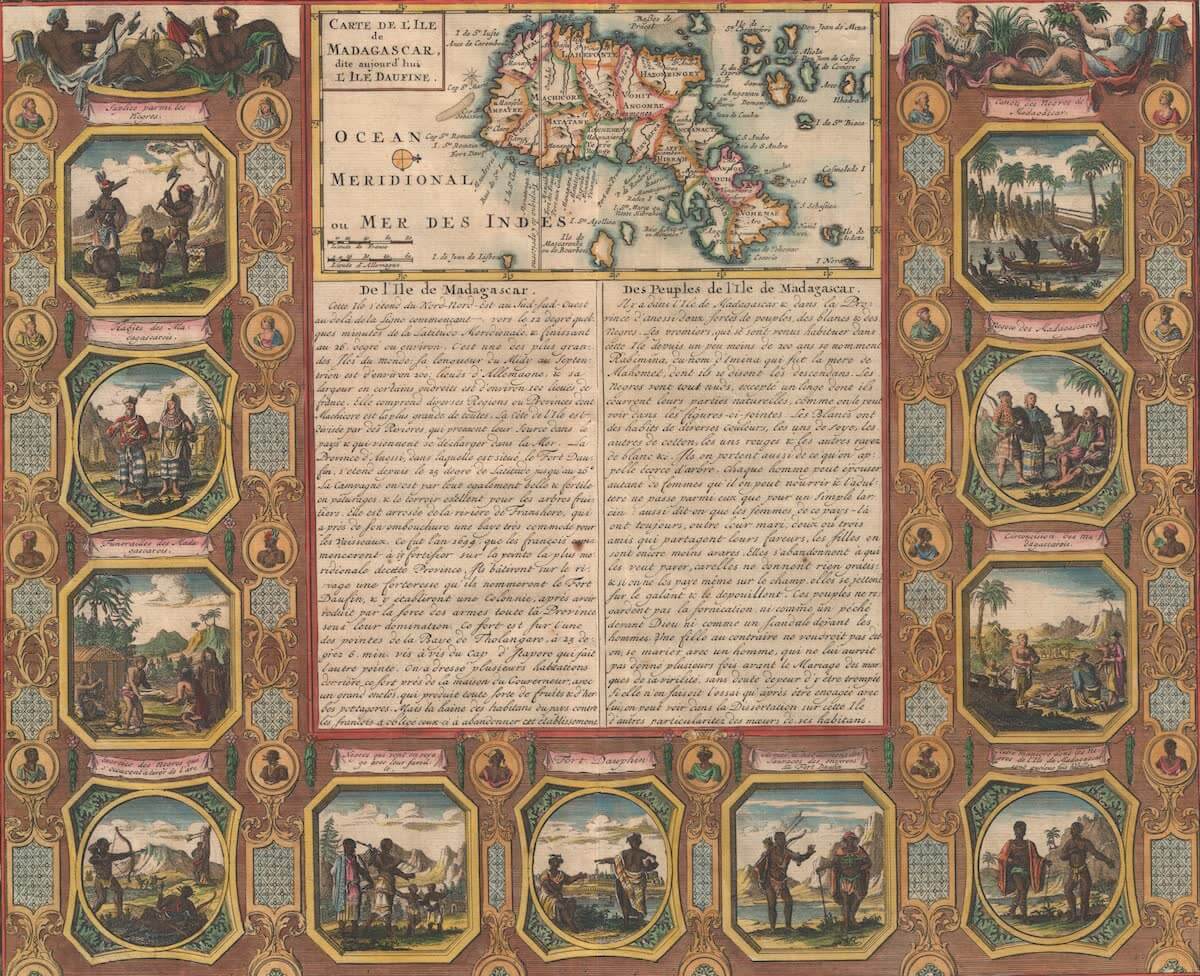 Madagascar (3,500), largest island in the world but two, in the Indian Ocean, 300 m. off the Mozambique coast, SE. Africa; is nearly three times the size of Great Britain, a plateau in the centre, with low, fertile, wooded ground round about; has many extinct volcanoes and active hot springs; the highest peak is Ankàratra (9000 ft.), in the centre; the NW. coast has some good harbours; there are 300 m. of lagoons on the E.; the biggest lake is Alaotra, and the rivers flow mostly W..

The Malagasys possess civilised institutions; slavery was abolished in 1879; a quarter of the population is Christian; the heathen section, though untruthful and immoral, are affectionate, courageous, and loyal; Antanànarìvo (100), the capital, is situated in the interior, and has many fine buildings; chief ports, Tamatave on the E. and Majunga on the NW. coasts; the island has been under French protection since 1890, and is a French colony since 1896.

The climate is hot, with copious rains, except in the S.; rice, coffee, sugar, and vanilla are cultivated; many kinds of valuable timber grow in the forests, and these, with cattle, hides, and india-rubber, constitute the exports; gold, iron, copper, lead, and sulphur are found, and the natives are skilled in working metals.