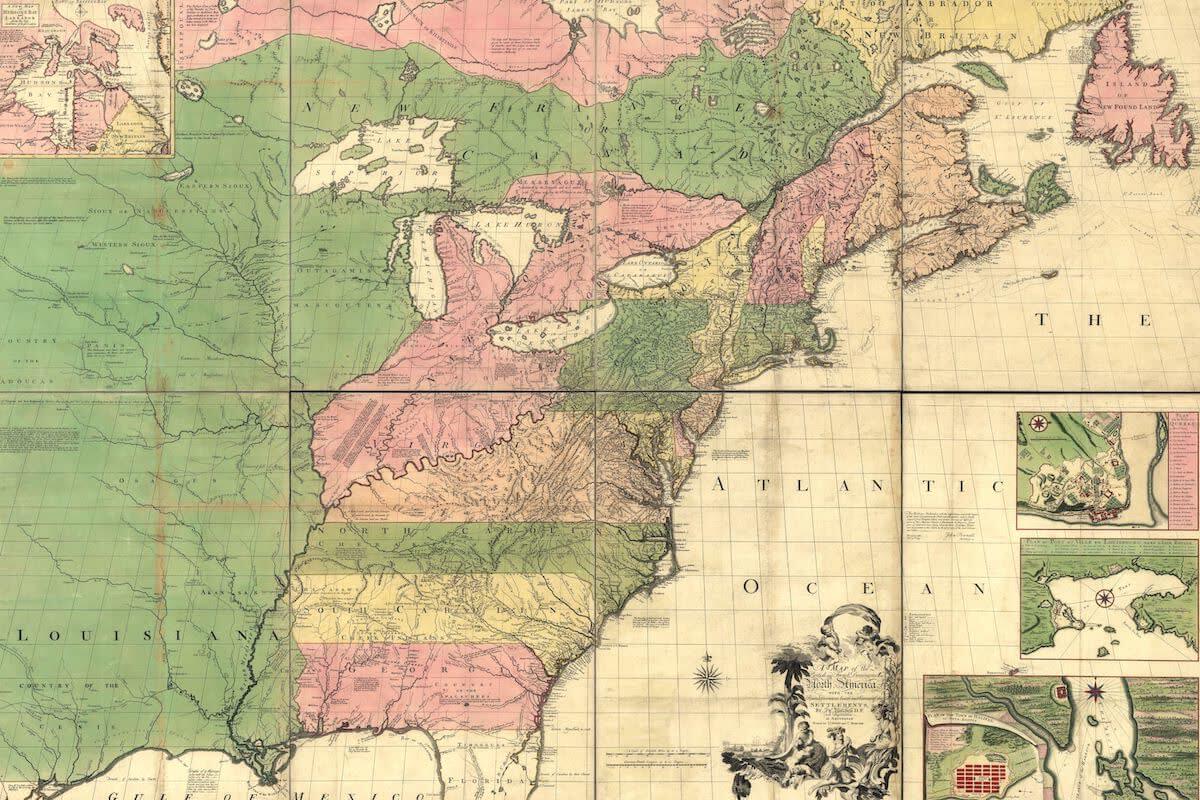 Louisiana (lo?o??-z?-ä?n?), one of the southern or gulf states of the Union, lying between Mississippi and Texas, on the Gulf of Mexico, with Arkansas on the north. It measures about 200 miles from north to south and a little less than 300 from east to west, and covers 45,420 square miles, being nearly equal to Mississippi in area.

Louisiana is a part of the territory purchased from France in 1803, it having been claimed for France in 1682 by La Salle. It became a state in 1812. It was at New Orleans, now the chief city, that General Jackson won so signal a victory over the British forces, Jan. 8, 1815. Baton Rouge is the capital (population 11,743). During the Civil War Louisiana became a member of the Confederacy, and more than a hundred battles and minor engagements were fought upon her soil duiring the struggle. New Orleans was captured by the Federal navy, April 24, 1862; and when Vicksburg and Port Hudson fell in 1863, the Mississippi was opened throughout its course and the Confederacy was literally cut in two. Population 1,656,388. The state has 3,221 miles of railway.

Geography. The highest land is in the northwestern and northern regions. The coast of the delta and the east consists of lands little above sea-level, intersected by tracts of elevated prairies and low ridges. The Mississippi flows nearly 600 miles through Louisiana, a large portion of its delta below New Orleans being marshy and below its high-water mark. About one fifth of the surface is subject to the overflow of the rivers, especially along the Mississippi. This is prevented by the levees or artificial embankments on each side of the river.

The Red River is the principal tributary of the Mississippi flowing through Louisiana. The Sabine, forming part of the western boundary, flows into Lake Sabine and thence through Sabine Pass into the Gulf of Mexico. The lakes (of which Ponchartrain is the largest) and other inland waters cover an area of about 3,000 square miles. Lake Ponchartrain is surrounded by land, except at its outlets, but its waters are salt and rise and fall with the tides.

Climate. Louisiana is semitropical, there being but three months of frost, which begins sometimes in November, sometimes in December. The summer's heat is tempered by the gulf-breeze, and the rainfall is about 50 inches in the north and 60 in the south. This warmth and moisture promote the most luxuriant growth of flowers and semitropical fruits.

Forests. In the swamps are vast forests of red and white cypress; in other sections immense areas of long- and short-leaf pine, besides ash, oak, beech, walnut and cotton-wood.

Minerals. Some iron and low-grade coal are found, but the important minerals are rock-salt and sulphur. Petroleum is also found, and the oil-fields give promise of rivaling those of Texas.

Agriculture. The soil is very fertile, especially the delta lands, the principal productions being sugar, cotton and rice. Three fourths of all the sugar cane produced in the United States is grown in Louisiana. The cotton yield in 1906 was 979,270 bales. The rice and sugar productions also were large yields.

Manufactures. The chief industries are the manufacture of sugar and molasses, lumber and timber products, cottonseed-oil and cake, named in the order of their importance. Oyster-beds along the coast employ many people, and tobacco, machine shop and foundry products are among the industries.

Education. The state maintains public schools for white and colored children; graded schools are established in all cities and towns; and a State Normal is located at Natchitoches. Higher education in Louisiana is represented by the State University, with the Agricultural and Mechanical College at Baton Rouge. At New Orleans are Tulane University with a faculty of 152 members and 1,880 students, Leland University, having a faculty of 53 and a student body numbering 1,971, New Orleans University with its faculty of 38 and 928 students, Straight University and the College of the Immaculate Conception. The Southern University for colored students is also in New Orleans; there are an Industrial Institute at Ruston and the Southern Industrial Institute at Lafayette; also institutions at Convent, Keatchie and Jackson.