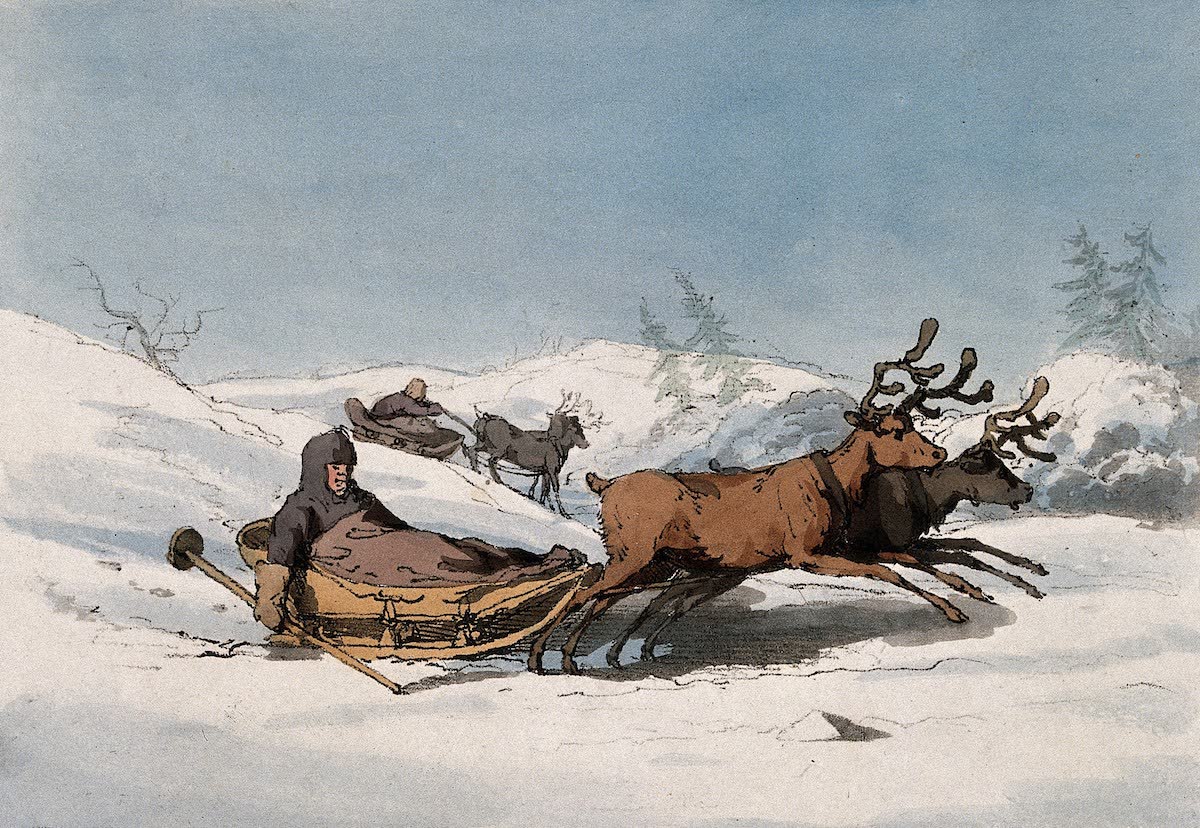 Lapland is a country known neither politically nor geographically; it is a name applied collectively to the semiarctic region in the north of Europe, inhabited by the Lapps. It is bounded by the Arctic Ocean on the north, the Atlantic on the northwest and the White Sea on the east. Its southern boundary is about the 66th degree of latitude; but Lapps are found as far south as 63 degrees in Norway and Sweden.

Surface. Scandinavian Lapland is rough and mountainous. In Russian and Finnish Lapland the country becomes more level, lakes and rivers more numerous and marshes abundant. Some of the lakes are large, Inara being 1,147 square miles in area, Imandra 65 miles long and 9 wide and Nuot 35 miles long and 7 wide. Several long rivers, the Tana, Tulom and Kemi, flow through the country into the Arctic Ocean and the White Sea.

Climate. During the short summer of three months the sun never sinks below the horizon, and during seven or eight weeks of the excessively cold winter the sun never appears above the horizon, thus adding comparative darkness to a cold of 60 degrees below zero.

The total Lapp population is about 25,000, distributed 15,000 in Norway, 7,000 in Sweden, 800 in Finland and 2,000 in Russia, many in the north being descended from criminals transported from Denmark 300 years ago. The Lapps are of a race closely related to the Finns, and are the smallest people of Europe, being only from four to five feet tall, spare of body, dark, with bristly hair and short, often bandy legs. The mouth is large, with thick lips, and the eyes small and piercing.

They are usually classed as mountain, river, forest and sea Lapps. The mountain Lapps are wanderers, moving from place to place with their reindeer herds, which form their only wealth. The sea Lapps live along the streams and ocean, and subsist by fishing. The river and forest Lapps also wander, but have settled, keep domesticated animals and hunt and fish. The reindeer furnishes the Lapps with food and clothing, and serves as his beast of burden. There are about 400,000 reindeer in Lapland.

In personal habits the Lapp is any thing but cleanly. All profess Christianity. The Norsemen treated the Lapps as a subject race as early as 800, and reconquered them in the 14th century. The Russians did the same in the 11th and the Swedes in the 16th century. From the 13th to the 17th century the Birkarlian Swedes kept them almost in slavery. To-day, however, they are the recipients of every kindness.