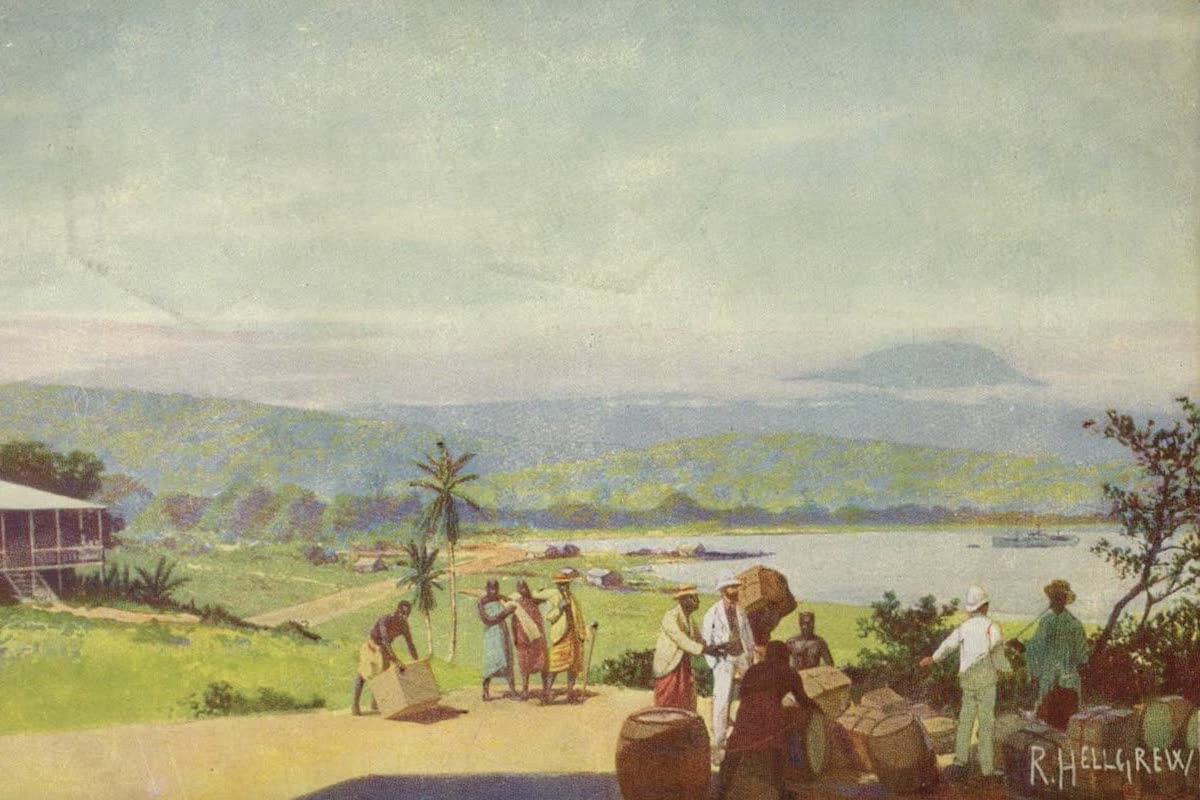 Kamerun, a German colony in western Africa, north of French Congo, which was acquired in 1884. It has an area of 191,130 square miles, with a population estimated at 3,500,000, chiefly Bantu and Sudanese negroes, the whites numbering less than 1,000. The colony extends northeastward to Lake Chad, and has a coast line on the Bight of Biafra of 200 miles. Gold and iron have been found. The exports are rubber, ivory, horns, cocoa and oil fruits. Its name is derived from the river, which enters the Bay of Biafra by an estuary over 20 miles wide, and for a considerable distance is nearly a mile wide. The swamps along its banks make the climate trying for Europeans, but the country is very fertile. Northwest of the river's mouth lie the Kamerun Mountains, a volcanic group which in one peak, Mongoma Lobáh, the Mount of the Gods, reaches the height of 13,746 feet.

There are no works available for the Kamerun collection.