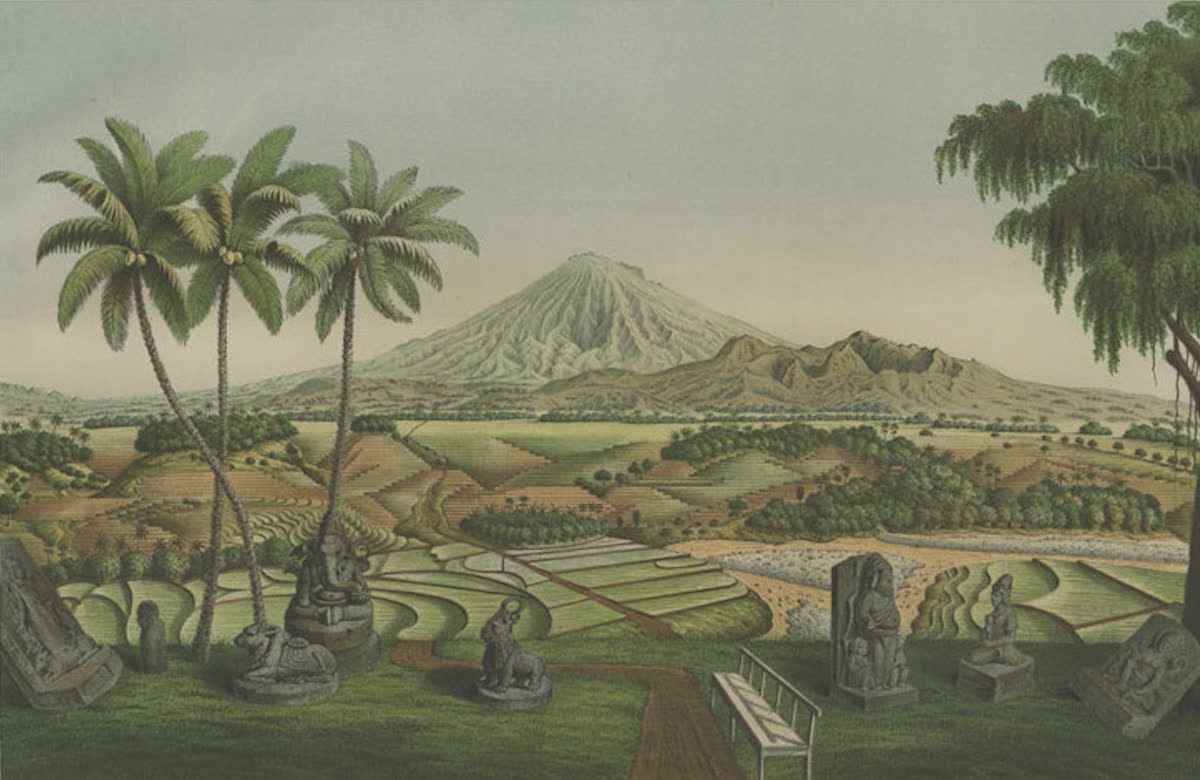 Java (ja?v?), “the queen of the Eastern Archipelago,” is an island of the Dutch East Indies and the seat of the colonial government. It is washed on the north by the sea of Java, on the east by the Strait of Bali, on the south by the Indian Ocean and on the west by the Strait of Sunda. Its length from east to west is about 600 miles; the breadth varies from 40 to 125 miles. Its area, with Madura, also a possession of the Netherlands, is 50,554 square miles.

Surface. The island is hilly and cut in many parts by deep ravines and rushing streams. A few large bays, protected by islands, furnish a safe harbor for vessels. From end to end of the island runs the mountain chain of Gunug Kendang, which rises about 12,000 feet. There are 43 volcanoes, of which several are still active.

Climate and Drainage. With the exception of some marshy districts on the north coast, the climate is healthy and pleasant. The heat is moderated by sea-breezes, which constantly blow across the island. Along the highlands of the interior the air is not only breezy, but often cold. The rivers are generally small, but become torrents when swollen by the rains; only a few are navigable.

Resources. The chief wealth consists in luxuriant vegetation and richness of soil. Java’s producing quality and fertility are limited only by the scarcity of laborers; and in consequence of this fact much of the best land remains untilled. The chief products are rice, sugar, coffee, indigo, tobacco and tea. Animals are not numerous. A few tigers are found, besides rhinoceros, deer and wild swine. There are a few birds, which are noted for their beautiful plumage, but there are hardly any which sing. Though in ancient times Java was called “the land of gold,” very little of the precious metal is now found. Silver also is scarce, and there are no other metals.

Commerce. Java’s trade is mainly with Holland, the Straits Settlements and Great Britain. It has 700 miles of railroad, and is joined by cable to Europe and Australia.