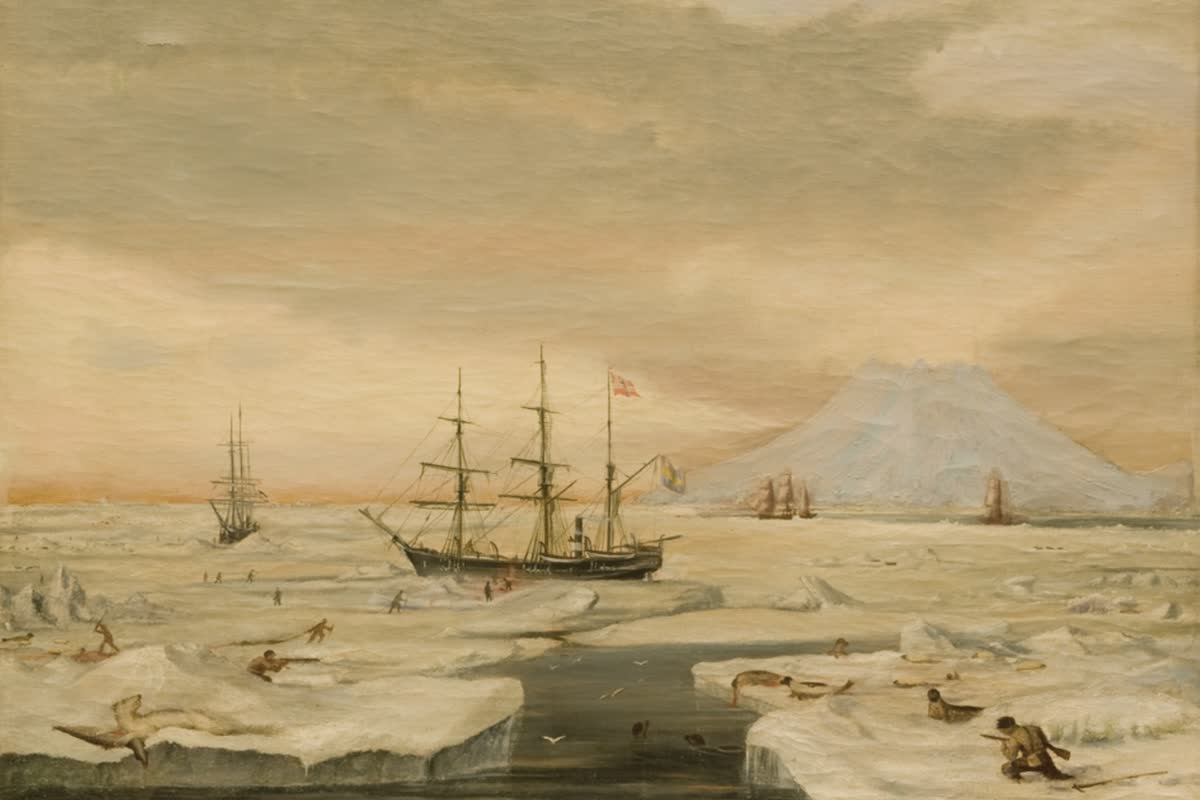 JAN MAYEN, an arctic island between Greenland and the north of Norway, about 71° N. 8° W. It is 34 m. long and 9 in greatest breadth, and is divided into two parts by a narrow isthmus. The island is of volcanic formation and mountainous, the highest summit being Beerenberg in the north (8350 ft.). Volcanic eruptions have been observed. Glaciers are fully developed.

Henry Hudson discovered the island in 1607 and called it Hudson’s Tutches or Touches. Thereafter it was several times observed by navigators who successively claimed its discovery and renamed it. Thus, in 1611 or the following year whalers from Hull named it Trinity Island; in 1612 Jean Vrolicq, a French whaler, called it Île de Richelieu; and in 1614 Joris Carolus named one of its promontories Jan Meys Hoek after the captain of one of his ships.

The present name of the island is derived from this, the claim of its discovery by a Dutch navigator, Jan Mayen, in 1611, being unsupportable. The island is not permanently inhabited, but has been frequently visited by explorers, sealers and whalers; and an Austrian station for scientific observations was maintained here for a year in 1882–1883. During this period a mean temperature of 27.8° F. was recorded.

There are no works available for the Jan Mayen collection.