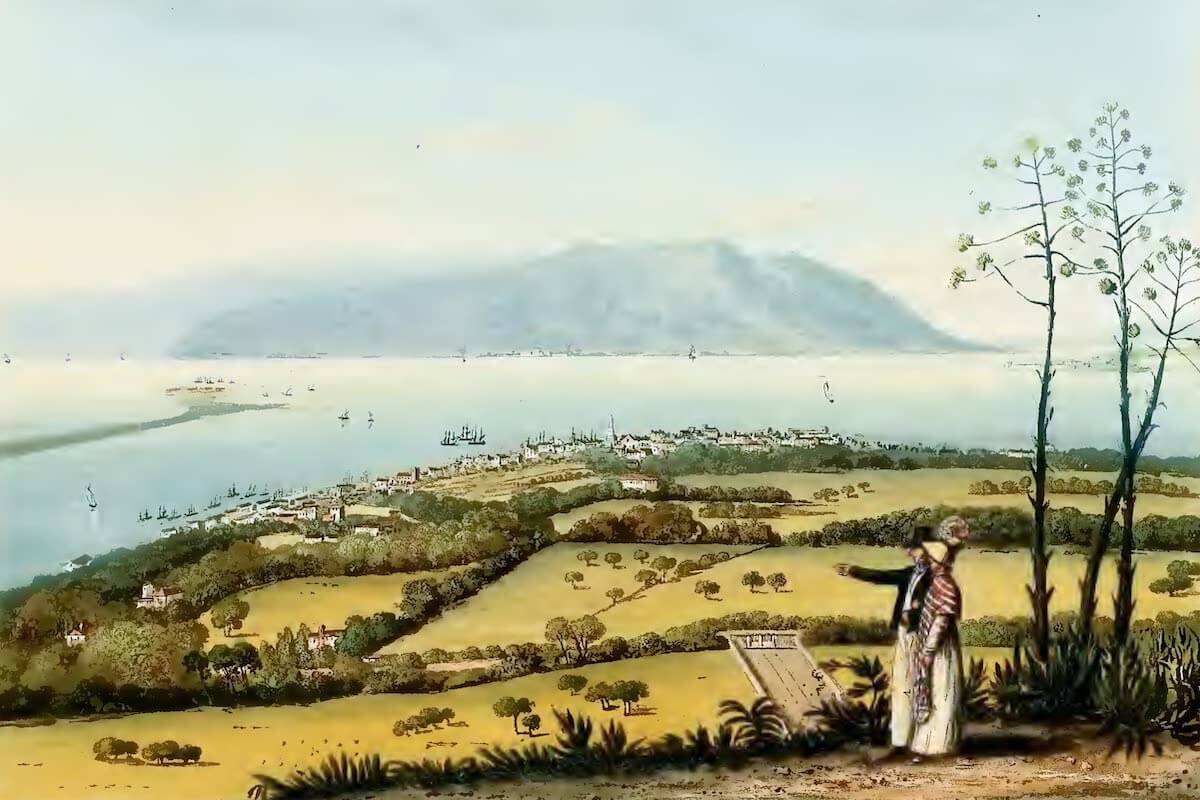 Jamaica (jä-m?' kä), first called Xaymaca, "land of springs," one of the largest of the West India Islands and the most important of the Antilles belonging to Great Britain. It lies some 90 miles south of Cuba, and its area is about 4,200 square miles. Its greatest length is 144 miles, and its greatest width is 50 miles. Jamaica was discovered by Columbus in 1494, and was settled by the Spaniards in 1509.

Jamaica was conquered by an expedition sent out by Oliver Cromwell in 1655, and was ceded to the English in 1670. In 1661 a representative council was established; but this was abolished in 1866, and in 1884 a partially elective legislative council was instituted. There is no established church; all the chief religious denominations, however, have their places of worship. There are numbers of East India immigrants, besides Blacks and Chinese on the island. The population by census of 1911 was 832,000. Jamaica now has a railway nearly 200 miles in extent, open and running. Under the government of Jamaica are the Cayman, Turks and Caicos Islands, part of the Bahaman group. See the Jamaica Handbook, published by the government printing-house, Kingston.

Surface and Cities. It is crossed from east to west by a heavily timbered ridge called the Blue Mountains, which rise 7,400 feet. Excellent harbors are everywhere found. The best is in the southeast, in the deep basin which washes the most spacious and fertile of the plains between the hill-country and the coast. Around this inlet and within a few miles of each other are the largest towns: Kingston (population 50,000) and Spanish Town, the old capital (population 5,500). Here also is Port Royal, one of the chief cities of the West Indies before the great earthquake of 1692.

Climate and Products. The climate varies from the torrid belt of the coast to the temperate region of the Blue Mountains, which have become favorably known as a resort for invalids. Vegetation is luxuriant. The primeval woods are fast disappearing, but there still are many valuable trees, as balata, mahogany, logwood, ebony, cocoa-nut and other palms. The exports are chiefly dyewoods, fruits (oranges, lemons, bananas and pineapples), sugar and coffee, allspice and cocoa. Jamaica has 817,211 acres under cultivation — 246,373 under tillage and 570,838 under pasture.

Education and Defence. In addition to government training-colleges for both sexes and to high-schools, Jamaica supports nearly 700 government elementary schools and industrial institutions. Port Royal is strongly fortified, and, besides the garrison of regulars (English), there are a local artillery militia and a rifle corps.