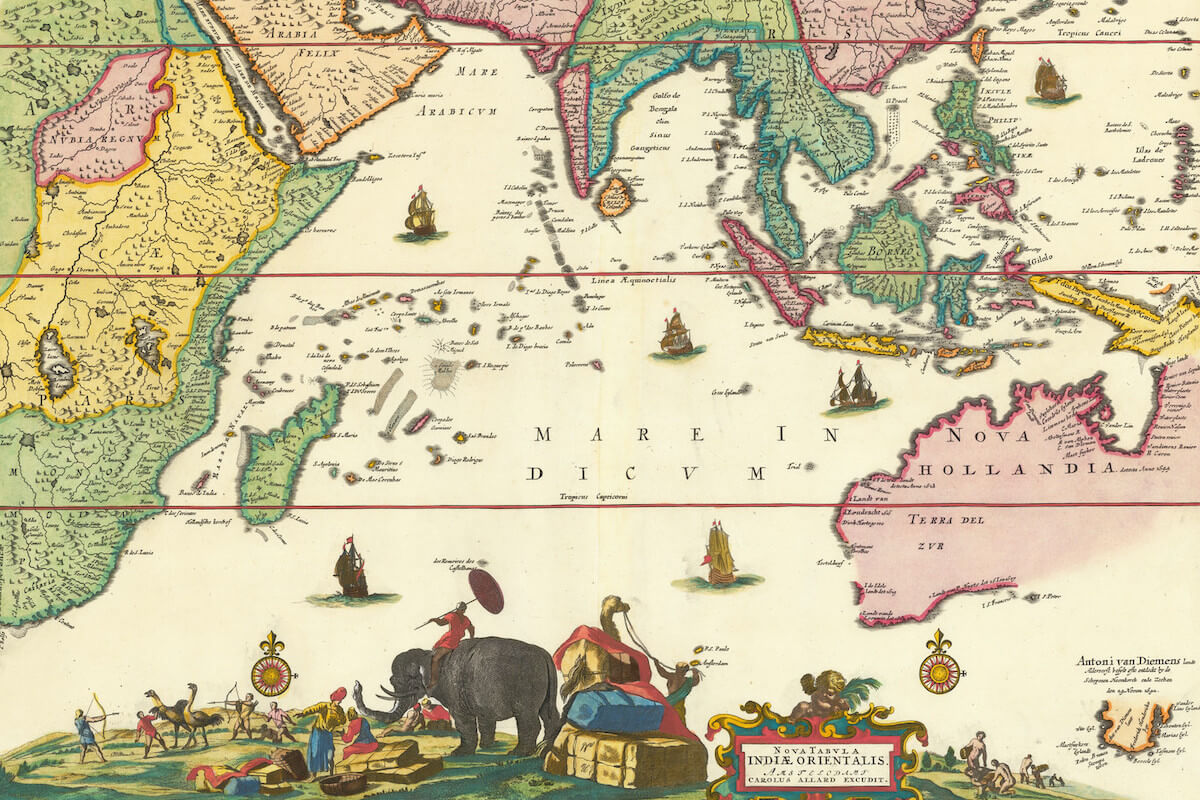 Indian Ocean, one of the five great divisions of the universal ocean and the third in size, lies south of Asia, between Africa, the Antarctic Ocean, Australia and the Indian Archipelago. It gradually narrows from south to north, and is divided by the peninsula of India into the Bay of Bengal on the east and the Arabian Sea on the west; the latter branching off again into two arms, the Persian Gulf and the Red Sea.

In early history the Indian Ocean was known as the Erythræan Sea. The Phœnicians were familiar with this ocean at a very early date, and, as a channel of commerce by the navies of King Solomon, it came to be the first ocean crossed for trade. In the 9th century the Arabs made frequent voyages across the ocean, crossing the Bay of Bengal into the China Sea. Many small islands dot its waters, but the only large ones are Madagascar and Ceylon. The Euphrates, Tigris, Indus, Ganges and Irrawaddi Rivers from Asia and the Zambezi from Africa flow into it.