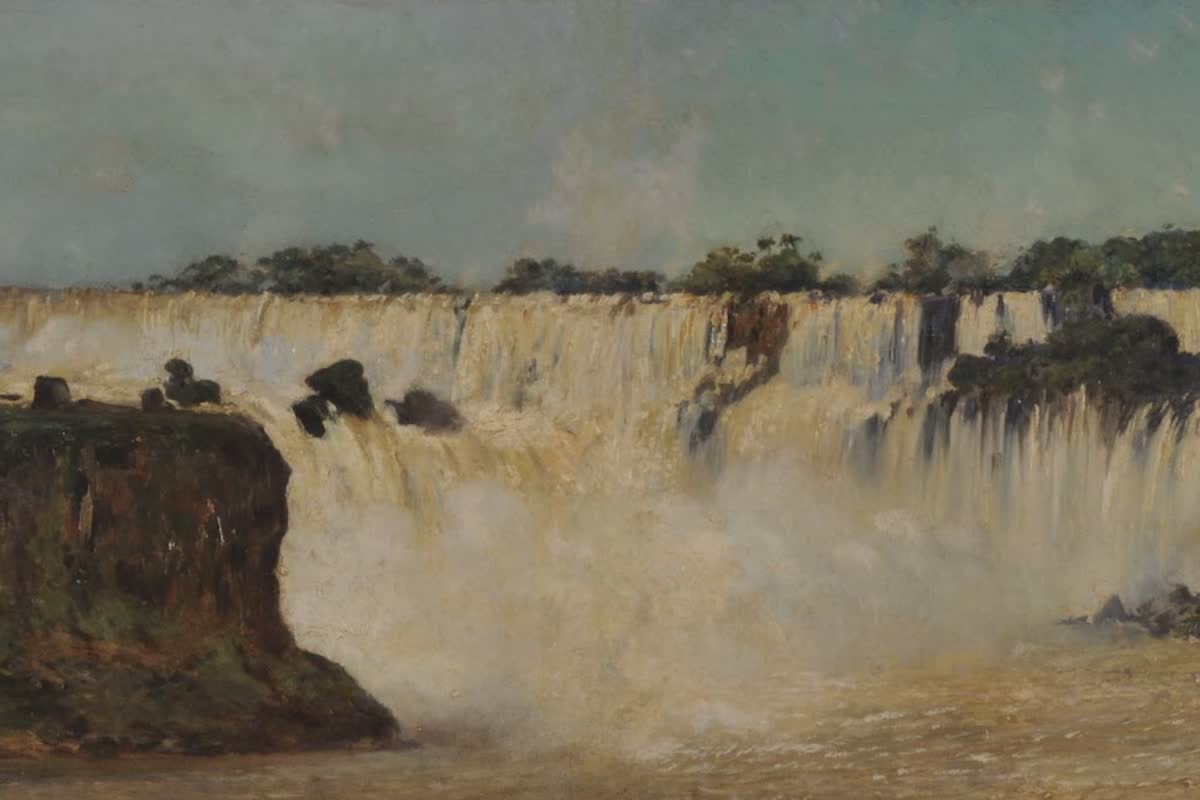 The Iguazú or Iguaçu Falls, also called the Rio Grande de Curutiba, are waterfalls of the Iguazu River on the border of the Argentine province of Misiones and the Brazilian state of Paraná. Together, they make up the largest waterfall system in the world.

The river forms on the slopes of the Serra do Mar of Brazil, and flows nearly west, through thick forests, along the line of 26° S. Its navigation is difficult even for small craft, as it is full of reefs, rapids and cataracts. Sixteen miles above its mouth is the magnificent Salto del Iguazú, sometimes called the Victoria Fall, round which canoes have to be transported 37 m. before quiet water is reached again.

The width of the falls, measured along their crest or edge, is 2½ m.; part of the river takes two leaps of about 100 ft each, but a portion of it plunges down the whole depth in unbroken mass. Its mouth is about 800 ft. wide, and the depth in mid-river 40 ft.

There are no works available for the Igazu Falls collection.