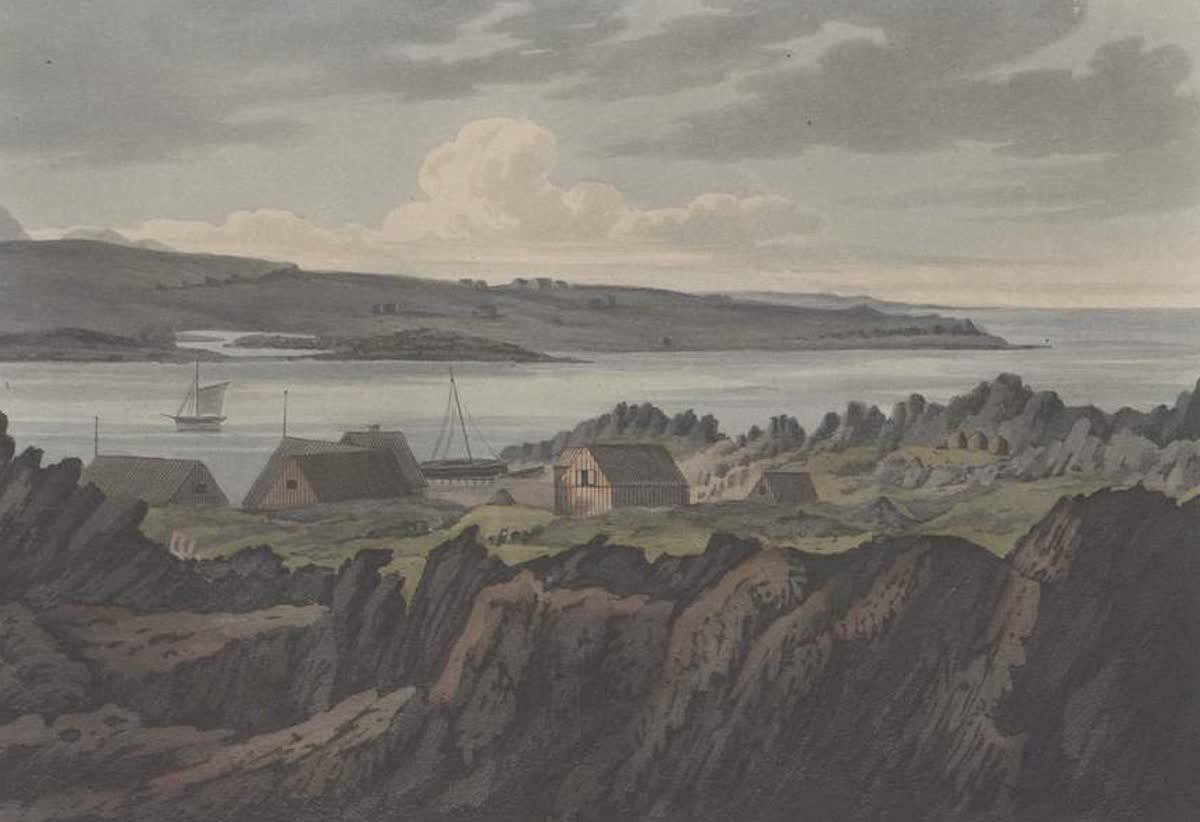 Iceland, is an island in the northern Atlantic, on the borders of the Arctic Ocean. It lies 130 miles east of Greenland and 850 west of Norway. For most of its history it belonged to Denmark. Its area is 39,756 square miles. Iceland in many respects is one of the most interesting parts of the world.

Its physical features are very remarkable, and not less so its history and the character of its inhabitants. It consists in great part of lofty mountains, many of which are active volcanoes. Only certain level districts along the coasts and a few valleys are inhabitable or in any degree capable of cultivation. There is scarcely a tree to be seen, and the climate is unsuitable for grain.

The interior is almost entirely occupied with rugged tracts of naked lava and other volcanic scoriae. In many places vast ice-fields connect high mountain summits, and prodigious glaciers descend in some parts even to the coast, where they break off into icebergs. To go from one inhabited spot to another is difficult and dangerous, but civilization has long been established.

The people are poor but intelligent. Oxen, horses and sheep form the chief part of their wealth. The horses are small, but vigorous and active. Iceland ponies are often imported into Great Britain and the United States. Seals abound on the coasts, and these are taken in large numbers. Various kinds of water-fowl and fish abound, and their flesh is the chief food of the villagers.

The mineral wealth of Iceland has just begun to be developed. The population in 1910 reached 85,089. The people are of Scandinavian origin. The legislature, called the althing, consists of two houses. The capital is Rejkjavik. The chief exports are Iceland moss, wool, dried fish, seal-skins, whale-oil, sulphur, eider-down, bird-skins and ponies. There has of late been considerable emigration of Icelanders into Manitoba, Canada.

See Iceland by Forbes and Ultima Thule, by Burton.