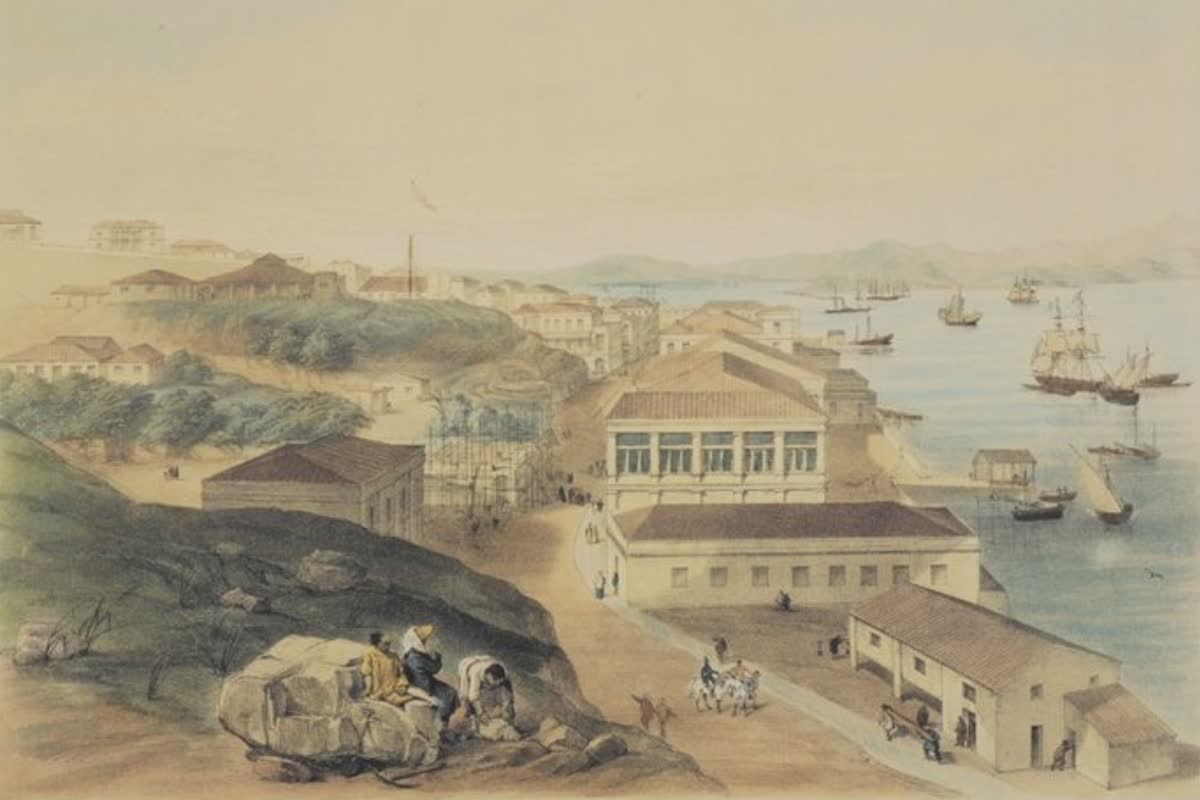 Hong-Kong or Hong-Kiang (“sweet waters”), an island belonging to Great Britain, the center of British commerce with China and Japan and an important naval and military station of that power, is on the east side of Canton River in the south of China. It has an area of 29 square miles, and, for the most part, is rocky and barren. Its beautiful harbor, one of the finest in the world, ten miles square, makes it the principal commercial station of eastern Asia, the aggregate value of exports and imports exceeding $200,000,000 per year.

Its imports, which are chiefly from Great Britain, consist mainly of cottons and cotton-yarn, woolens, iron, coal, copper and machinery. Its exports are tea, silk, drugs and hemp. Hong-Kong formerly was part of China, and was first ceded to Great Britain in 1841. The population in 1911 was 456,739. Britain has now secured some territory inland (Kowloon), an area of 376 square miles, the population of which is here included. This is diplomatically known as the Kaulung Hinterland. The capital is Victoria.

There are no works available for the Hong Kong collection.