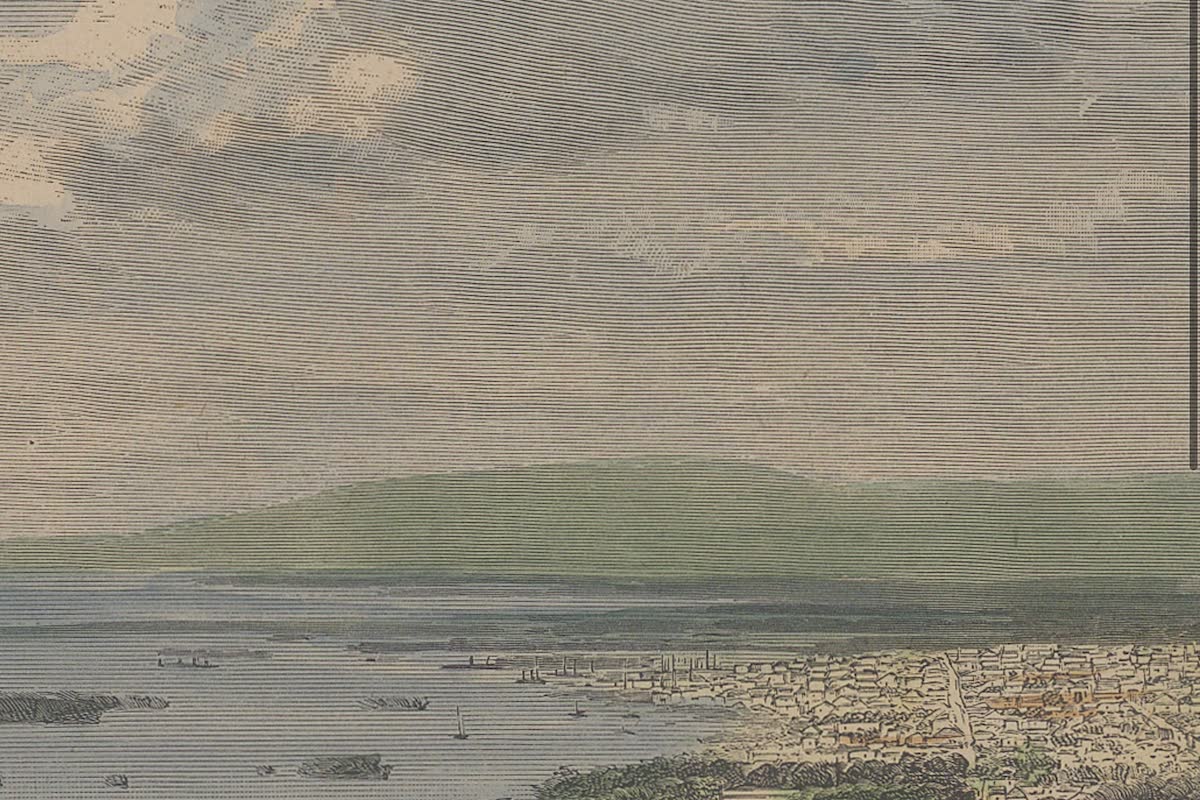 Haiti is an island of the Greater Antilles. The area is 28,980 square miles; population about 1,900,000. the chief products are coffee, sugar, cotton and tobacco. The island is divided into the Republic of Santo Domingo in the east, and the negro Republic of Haiti in the west. The latter covers 11,070 square miles with 1,579,630 inhabitants in 1909 (Church statistics). The language is a debased French (Creole); the religion, Catholic, although the natives are still widely affected with African fetichism (Voodoo or snake-worship). Education is deficient; it requires a yearly appropriation of 1,000,000 dollars. In addition to nearly 400 State free elementary schools, there are five public lycées.

Haiti (i.e., the "hilly country") was discovered by Columbus, 6 December, 1492. In December, 1493, Columbus founded Port Isabella, which was soon re-named Santo Domingo.-As the aborigines soon became extinct the importation of negroes began about 1517. But the colony fell into decay, when, about 1638, the filibusters obtained a footing at Santo Domingo, and harassed commerce. After 1659 French settlements were established on the west side of the island with the help of the filibusters, which led to the definite occupation by the French at the Peace of Ryswijck (1697).

While the parts left to the Spaniards became more and more impoverished and depopulated, the French colony flourished greatly until the French Revolution also affected Haiti, and there led to an insurrection of the blacks in which the negro Toussaint L'Ouverture finally in 1800 made himself dictator, declared Haiti's independence, and gave the country a constitution. He was soon overthrown by the French general Leclere and sent to France. The negro Dessalines, the author of a massacre of whites in 1804, was proclaimed James I, Emperor of Haiti, 8 Oct., 1804, but he was murdered two years later in a conspiracy under Christophe and Pétion.

Christophe thereupon established another negro state in the north which he ruled from 1811 to 1820 as King Henry I; while Pétion in the south founded a mulatto republic, and Spain re-conquered the eastern part which she had surrendered to France at the Peace of Basle (1795). Christophe's successor, Boyer, united all three parts of the island in 1822, but he was driven out in 1843, and the eastern part declared itself the independent Dominican Republic on 27 Feb., 1844. The western part became again an "empire" under Soulouque (Emperor Faustin I) in 1849, but a republic was again proclaimed by the mulatto Geffrard after the expulsion of Soulouque in 1859. Geffrard was replaced by the negro party under Salnave, 13 March, 1867. then followed a succession of presidents, who were nearly all disturbed by revolution, and under whom the republic was brought to the verge of ruin by civil war, financial maladministration, corruption, and thoughtlessly occasioned conflicts with European Powers. Even to-day (1909) the country has not yet settled down after the last revolution in the autumn of 1908.

There are no works available for the Haiti collection.