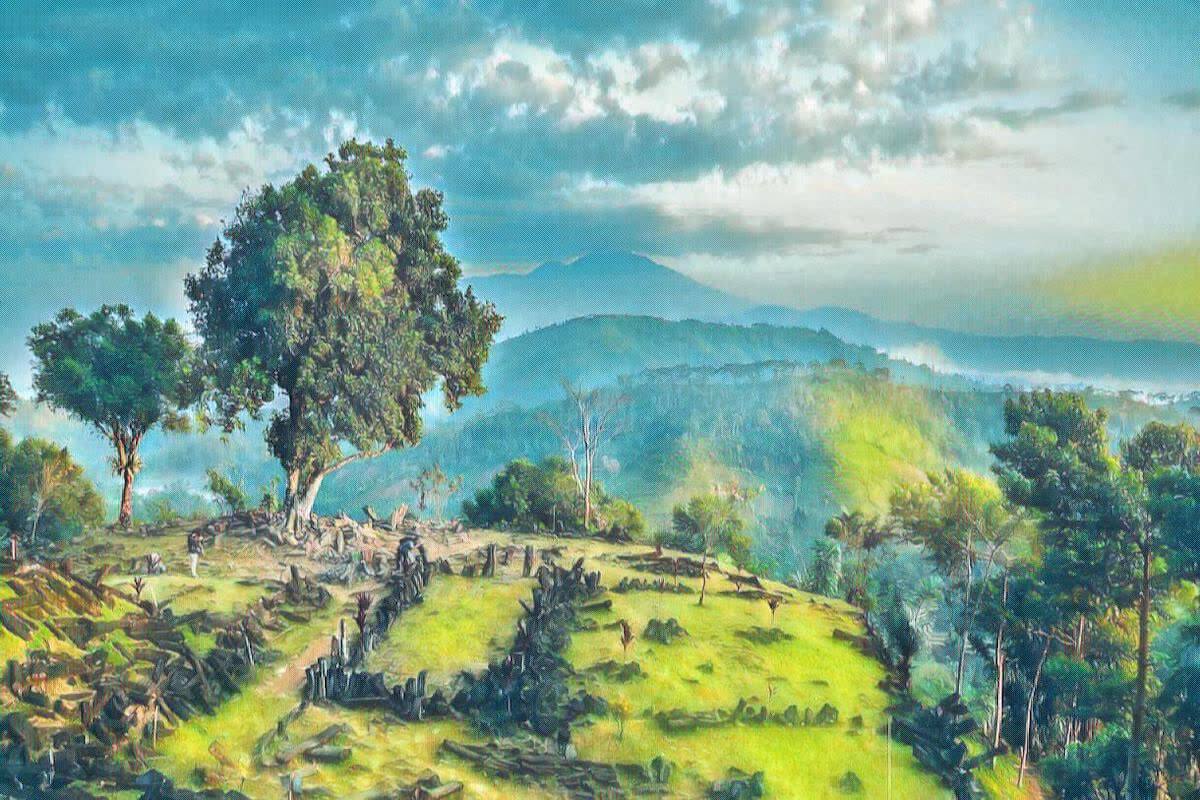 Gunung Padang is a megalithic site located in Karyamukti village, Cianjur regency, West Java Province of Indonesia, 30 kilometres (19 mi) southwest of the city of Cianjur or 6 kilometres (3.7 mi) from Lampegan station. It has been called the largest megalithic site in all of Southeastern Asia. The existence of the site was mentioned in Rapporten van de Oudheidkundige Dienst (ROD, "Report of the Department of Antiquities") in 1914. The Dutch historian N. J. Krom also mentioned it in 1949. Employees of the National Archeology Research Centre visited the site in 1979 for a study of its archaeology, history, and geology.

Located at 885 metres (2,904 ft) above sea level, the site covers a hill in a series of terraces bordered by retaining walls of stone that are accessed by about 400 successive andesite steps rising about 95 metres (312 ft). It is covered with massive rectangular stones of volcanic origin. The Sundanese people consider the site sacred and believe it was the result of King Siliwangi's attempt to build a palace in one night. The asymmetric step pyramid faces northwest, to Mount Gede and was constructed for the purpose of worship.

There are no works available for the Gunung Padang collection.